Infused with the power of the chimera. 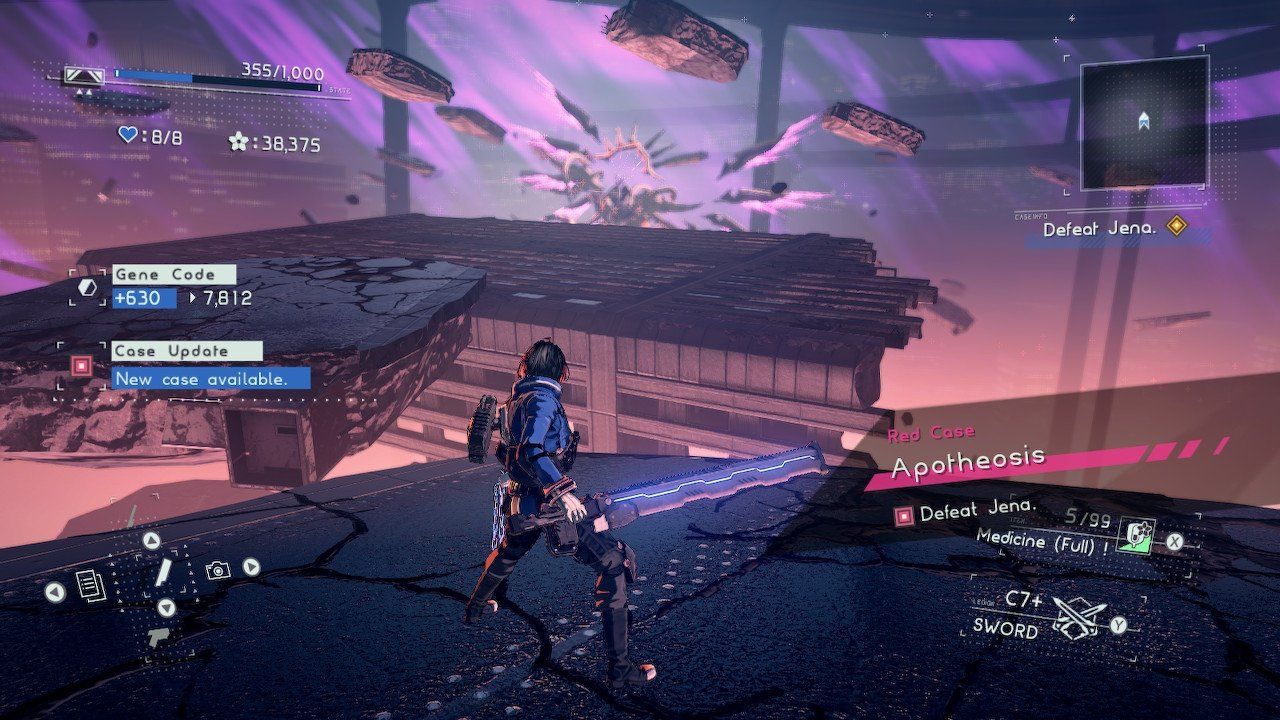 Following our previous fight with Jena Anderson, she took the vial like from before and seemingly was infused with a chimera to become even stronger. After running away, we finally catch back up with her after the motorcycle section for a different type of fight than before.

This time around, Jena will be flying around in the air at first. However, unlike some of the flying chimera, Jena will soon swoop down and allow you to hit her pretty easily. She will be attacking you during this time, but just keep going here. You can even bind her up if you want to get some easier hits on here as well.

There is one attack to watch out for, where she starts shooting little electric beams out all around here. At this point, just back up and wait for this attack to end. Trying to attack her during this will only result in you damaging yourself in the end.

Before you can get Jena’s health all the way down though, a cutscene will kick in where she loses her infused power from before and reverts to her more human form. That doesn’t last long though, as she then does something that leads her to turn into yet another form that is even more powerful. This leads to the next form of the fight, where she regains all of her health

You start on a platform away from Jena, so you need to use Chain Jumps to get across. Jena will try to attack you with lightning strikes, which can be a big pain in this fight. Once you get to the platform closest to her, she will sent out minions for you to fight, which leads to a cutscene after you finish them.

You are once again on a platform further away from her, so start making your way back over like before. Once you get to the platform closest, she will try to attack you with her hands, so dodge and attack one if it is laid down on the platform for any period of time.

Then she will start using fire and ice based attacks from her left and right hands respectively, so dodge these and take any opportunity you can to strike. You can technically using your Arrow Legion Action to try and shoot from afar, but it’s not really that worth it here. At some point Jena will lead forward with her head, allowing you to attack it However, watch out as she’ll be shooting purple balls that can shock you here.

Jena will also put her hands together and shoot a purple beam that shoots you back to the beginning platform, so be ready for that if you can dodge it in time.

When Jena’s health gets low, her arms will start to blow up one by one. After both are gone, all you have left is the main body, which she will move closer to the platform. She will also start shooting fireballs rapidly, so you have to watch out for those here.

When you have her health bar as low as it can go without being gone, she’ll knock you away. The fight is not quite over yet though, as it will prompt you to press B for a Sync Attack where you charge at Jena and stab her to truly end the fight.