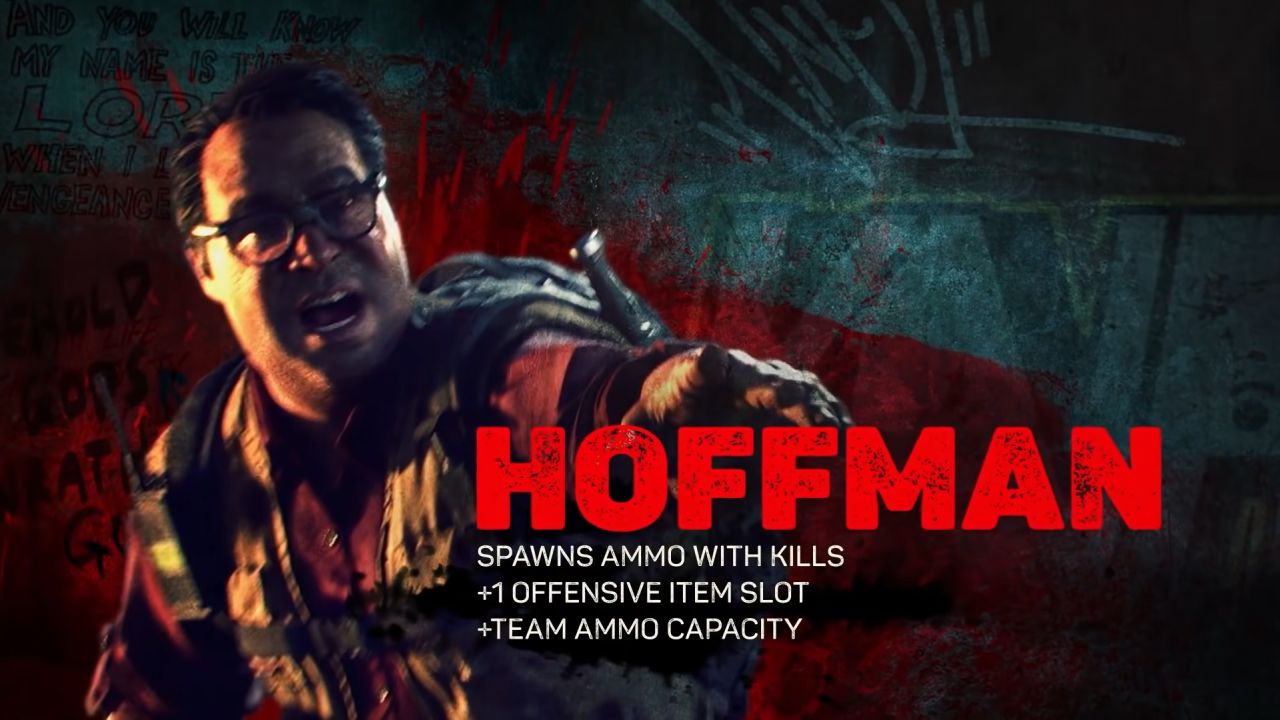 Hoffman is perhaps one of the more invaluable Cleaners in Back 4 Blood due to his kit. This conspiracy theorist really came prepared for a zombie invasion, so it’s no surprise that he’d be ahead of the gang. He plays as a support role in terms of valuable resources for his team mates while providing decent firepower for him and his team mates.

What role does Hoffman play in Back 4 Blood?

Hoffman is basically the Scavenger Pro perk from Modern Warfare 2 turned into a character class. He is invaluable in his supportive abilities because he can mitigate ammo economy issues for him and his allies. If you feel like you want to play strictly guns and a typical FPS style, Hoffman is a good choice and your teammates will thank you (or they’ll pick him before you do).

The best weapons to use for Hoffman

Use any kind of gun with Hoffman. He is versatile enough to use anything, as long as you’re comfortable with the weapon of choice.

Personally, I’d recommend using LMGs and assault rifles. If he’s mowing down the Ridden with weapons with large magazines, chances are he’s going to find ammo in droves. You’d want to have weapons that can kill tons of enemies. He’s not the type to specifically pepper down larger threats. However, if he provides the ammo to his teammates by killing the smaller fries, they can do that part for him just fine. 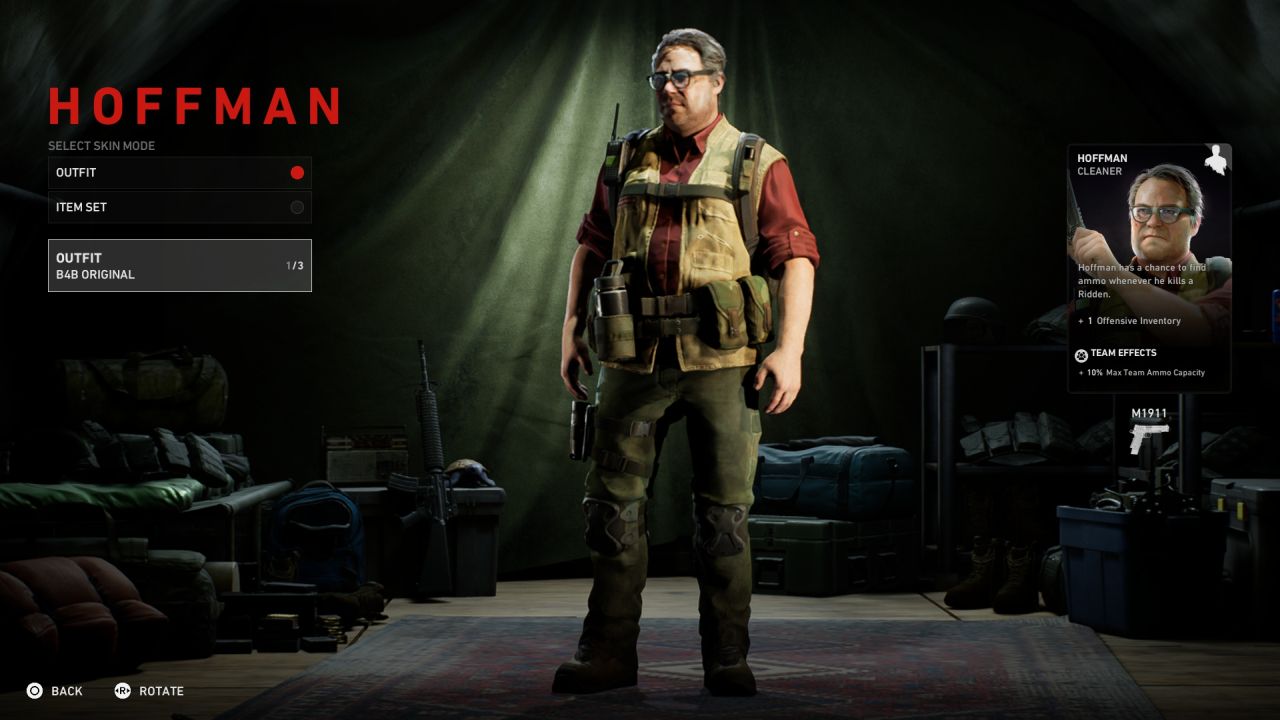 The best cards to equip for Hoffman

Since Hoffman is a support type who can provide ammo for his mates, you’d want anything that can maximize the utility for gunplay and ammo economy. Here are the cards you should use for him. Mix and match these for your decks.