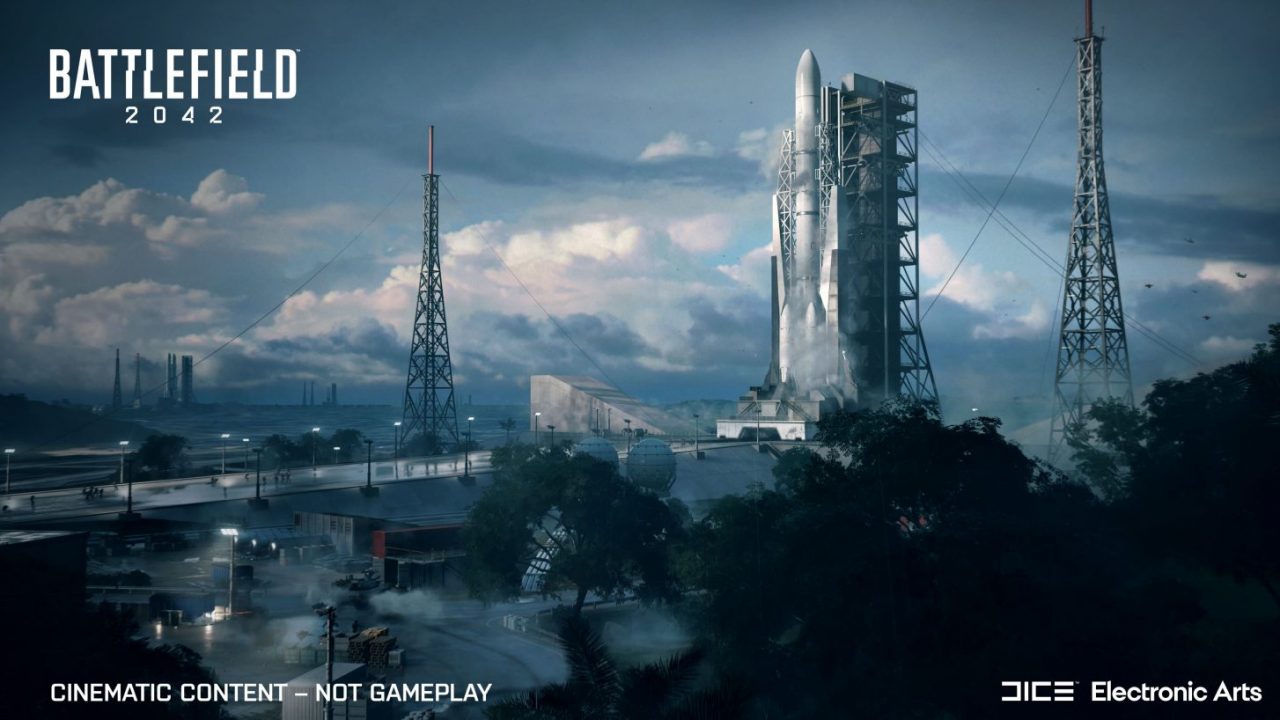 Part of what makes Battlefield 2042 stand out as opposed to titles like Call of Duty is its focus on extraneous activities during maps that involve something other than gunning your opponents down. In the Battlefield 2042 Beta, the map Orbital has been one of the most popular destinations so far as it is absolutely huge, boasts the possibility for a raging storm and tornado as well the opportunity for a rocket launch to happen mid-game. There are no instructions on how to set off said rocket though, so here is everything you need to know about launching the rocket in Battlefield 2042.

How to Launch the Rocket in Battlefield 2042

Orbital is an absolutely massive map with incredible visuals to take in, and at some point in the game, you will find the massive rocket well viewable from everywhere on the map to lower its arms to the ground. When this happens, it becomes vulnerable and everyone in the game has the option to damage it if they so choose. If it’s destroyed, the rocket will explode as well as the tower surrounding it. It doesn’t change much of the map, but it is a cool bit of interactive scenery.

If you aren’t trying to destroy it though, you just may see the rocket launch. Now, unfortunately, this is not player-controlled at all and rather just something that may or may not happen during your playtime on the map.

So far, it has been pretty random whether it happens or not, but when it does, it’s quite the spectacle to witness and this gets all the crazier to watch if a tornado hits the map too as the combination of the rocket either being destroyed or launching mixed with the massive tornado tearing apart everything is just an amazing example of what next-gen technology can look like in motion.

This is specific right now to the Battlefield 2042 Beta only as we aren’t sure how the rocket will function once the full release of the game happens. For now, it’s little more than a thing for gamers to “ooh” and “ahh” over as the chaos around them unfolds. More random events like this will be a welcome sight though as dynamically changing game maps are becoming a more common thing than ever as is seen in Call of Duty: Vanguard’s preview.

Home / GAME GUIDES / Battlefield 2042: How to Launch the Rocket on Orbital Map