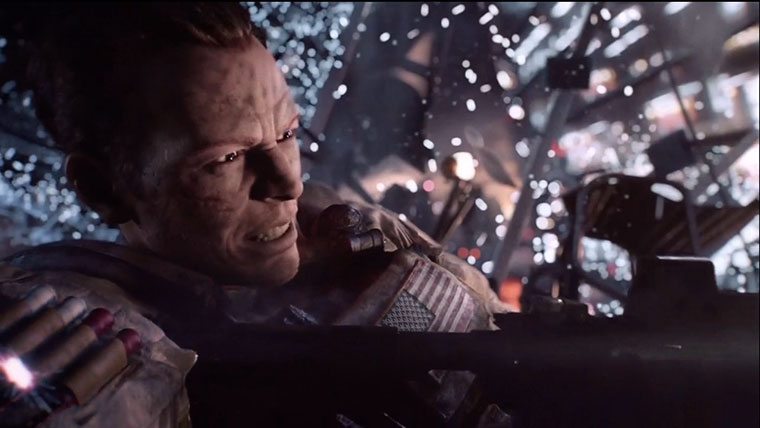 The Battlefield 4 Beta has arrived for everyone across the Xbox 360, PlayStation 3, and PC. No stipulations, no requirements, just log-in and download the 1.6 GB Beta, and you’re free to play it until it shuts down later this month. If you’ve never played a Battlefield game before, it’s different than any other shooter out there. And even if you have played Battlefield games before, there are a lot of changes that have been made since Battlefield 3. If you’re looking to get a leg up on the competition prior to the game releasing on October 29th, you better get started. These Battlefield 4 Beta Tips will help you on your way.

In Battlefield 4 DICE has introduced something called Levolution, and it’s not just a buzzword. This new gameplay feature is on display in the Battlefield 4 Beta, with a massive skyscraper capable of being taken down. It houses one of the three control points in Conquest Mode, and it’s a vital part of the map as it gives easy access to the two other control points via base jumping from the roof. Taking this central control point is paramount for victory in the Siege of Shanghai Map, and can be accessed via helicopter or through elevators located in the building’s ground floor lobby.

But you’ll have to be on your toes. If you’re holding the building well on the roof, it’s still possible that the enemy could be whittling away at the building’s support beams. If they take out enough of them, the building will come toppling down. When it does, the map will be changed for the remainder of the map, and the new control point will now be amidst the wreckage.

Battlefield has always had it’s fair share of stationary weapons littered throughout the map that gave you some help in taking out the many vehicles in the game. The Battlefield 4 Beta has helicopters, troop transports, and tanks to worry about. While C4 in the Recon Class, RPG’s in the Engineer Class, and Grenade launchers will still do plenty of damage to vehicles in Battlefield 4, DICE has also laid weapon drops on the Siege of Shanghai Map. A strong rocket launcher can be found at top of the center control point, and can be used fend off chopper attacks and tank assaults on the building’s foundation.

Battlefield 4 is a class based game. It allows you to play as an Assault, Engineer, Support, or Recon Class out of the gate, and each has it’s own strengths, weakness, weapons, and equipment. Playing your class and playing it well can mean the difference between winning and losing a match. Assault class characters can heal their teammates, and even revive downed team members if you’ve unlocked the difibrulator. Engineers can fix vehicles and can mean a world of difference if you’re around when a tank vs. tank battle is going on. The Support class help your team hold-out during extended firefight with the ability to drop ammunition packs for your teammates. Finally, the Recon class allows snipers to use a scouting tool to mark enemies on the map, giving your teammates a heads-up as to what’s around that next corner.

Siege of Shanghai has a lot of interactive elements to it. We already mentioned that you could topple the massive skyscraper in the center of the map by taking out it’s support beams. But there are other areas of the map that can be controlled and accessed by new interactive elements of the game. On Control Point C, a barrier can raised and lowered to protect the building from a rear attack. The bridges that connect the three main areas of the map can also be barricaded to stop tanks and other vehicles from passing. Being that Seige of Shanghai is a map with a ton of verticality, it’s also important to know which buildings can be accessed by elevator. These buildings are good spots for snipers to hide and get off clean shots, if you find yourself under fire from above, there’s a good chance you get up there and surprise them after a quick trip on the elevator.

Battlefield faithful are fully aware of the importance of squad play, but if you’ve never played Battlefield before, it’s important to play as a team. Utilizing not only the class-specific abilities of your soldier but being able to rely on your squadmates for the other perks is the key to victory. And now DICE is rewarding squads that play well even more than before. Squad-based perks aren’t new to the series, but their progressive boosts are. The longer a squad stays alive, the better perks they’ll receive, and they can make you a formidable five-man force.  You can select between Offensive and Defensive Upgrades, each having a four-level progression path that offers various boots to your squad.

The Battlefield 4 Open Multiplayer Beta is available from now until October 15th.