Find which enchantments work best for you on your bow 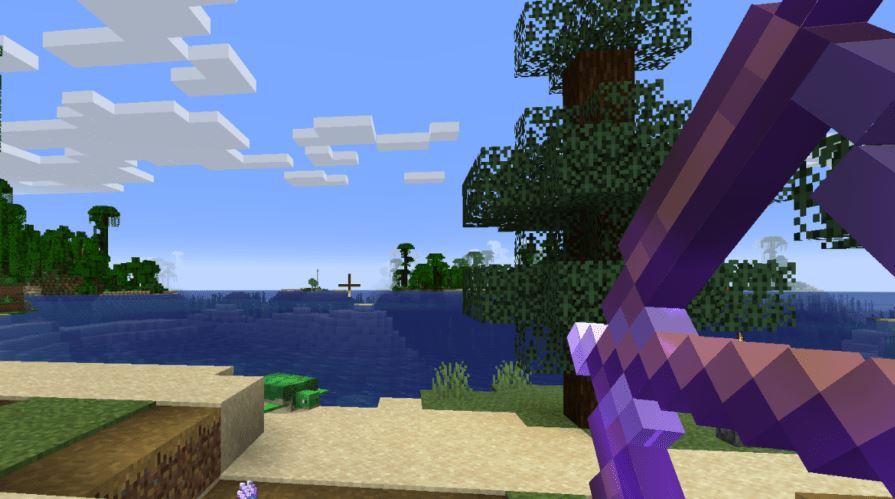 The Best Enchantments on a Bow in Minecraft Here are some of the best enchantments for you to get in Minecraft:

Power is a staple enchantment for bows. Like Sharpness for any sword you get in the game, Powers is, well, a power-booster that stacks your damage quickly as you rank it up from Power I to Power V. If you have charged it up to Power V, a fully pulled-back bow can deal up to 23 hearts of damage on any mob. Unenchanted, that number falls to only 9 points of damage.

Flame, like Power, is basically a staple for any Minecrafter. This enchantment, when put on a bow, fires arrows with flames on the ends of them to torch mobs and set them aflame unless it is raining or the mob is in water. This is a great tool for survival, as you can set animal mobs on fire to cook them up without using a furnace.

Tired of using up all your arrows? This is the enchantment for you. Add Infinity to your laundry list of enchantments to put on your now god-tier bow. Combining Power, Flame, and Infinity, you can send a barrage of blazing rockets at enemies, sending them to the Nether where they belong.

However, pick your poison. As you read on, there is another enchantment on this list that cannot be combined with Infinity.

One of the most important enchantments in the game, Mending, is a must on almost any tool, weapon, or armor piece. However, as we stated earlier, Infinity cannot be mixed with a certain enchantment and this is it. Mending and Infinity cannot go on a bow together, unfortunately. So, you will have to make the impossible choice of continually recharging your bow by using your anvil or consistently crafting more arrows.

Just like Mending, Unbreaking is one of those must-have enchantments on any tool, weapon, or armor piece. To help with a lack of Mending, Unbreaking might be the best choice for Minecrafters who want to have infinite arrows. The slowed wear down with Unbreaking may help console your sadness from not being able to have Mending and Infinity at the same time.

And that is our list of the best enchantments on a bow. What did you think? What did we miss? Head to the replies on Twitter to let us know!