The latest news in the world of video games at Attack of the Fanboy
September 28th, 2022 by Tom Cunliffe 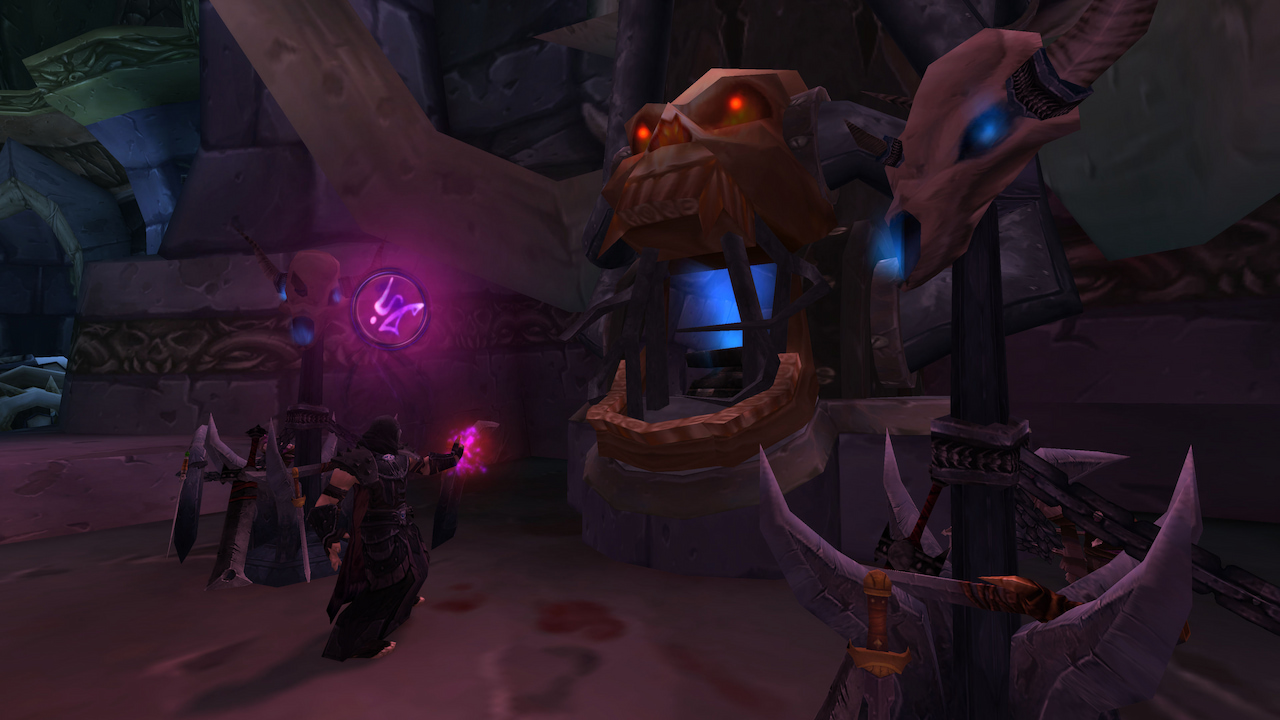 Death Knights took the world (of Warcraft) by storm during their debut in World of Warcraft’s 2008 expansion Wrath of the Lich King. Not only were they the first ‘Hero Class’, providing the player with a unique starting experience, but they were arguably the most powerful class of the expansion, topping damage meters and holding absolute dominion over Arena. But what are the best builds for a Death Knight in WoW: Wrath of the Lich King Classic?

At the start of the expansion, and up until the final raid launches, the Frost Death Knight is the leading specialization choice for damage. Unholy Death Knights also output extremely strong damage numbers, so which specialization you choose as a DPS is entirely up to the playstyle you prefer. Below are the best Death Knight builds for all three specializations in World of Warcraft: Wrath of the Lich King Classic: Frost, Unholy, and Blood.

Frost Death Knights are incredibly powerful, consistently ranking at the top of the damage meters, and being the go-to choice for the first few phases of the expansion. The best build for Frost Death Knights in World of Warcraft: Wrath of the Lich King Classic involves spending some points in the Blood tree. This is due to the bonuses granted to Critical Strike, as well as boosting Rune Power regeneration and Attack Power. Only 15 points should be spent in the Blood tree, with the remaining 56 dedicated to Frost. The best build for Unholy Death Knights in Wrath of the Lich King Classic involves using a two-handed weapon. Much like the Frost Death Knight build, you will want to spend Talent Points in two trees. However, this time you will want to spend 17 points in the Frost, rather than Blood. Runic Power Mastery permanently increases your maximum Runic Power, whilst Black Ice provides a static 10% damage boost to both Frost and Shadow damage, and Endless Winter yields a considerable 4% strength increase and free use of Mind Freeze.

Minor Glyphs stay the same as the Frost Death Knight build, with Glyph of Raise Dead being especially useful due to how important ghouls are in the Unholy Death Knight’s kit.

Being the Death Knight’s only tank specialization, the most important part of a Blood build is damage mitigation and Threat generation. To obtain the highest potential in raids, it’s important to dip into all three Talent Trees, although the majority of your points will still be allocated to Blood. 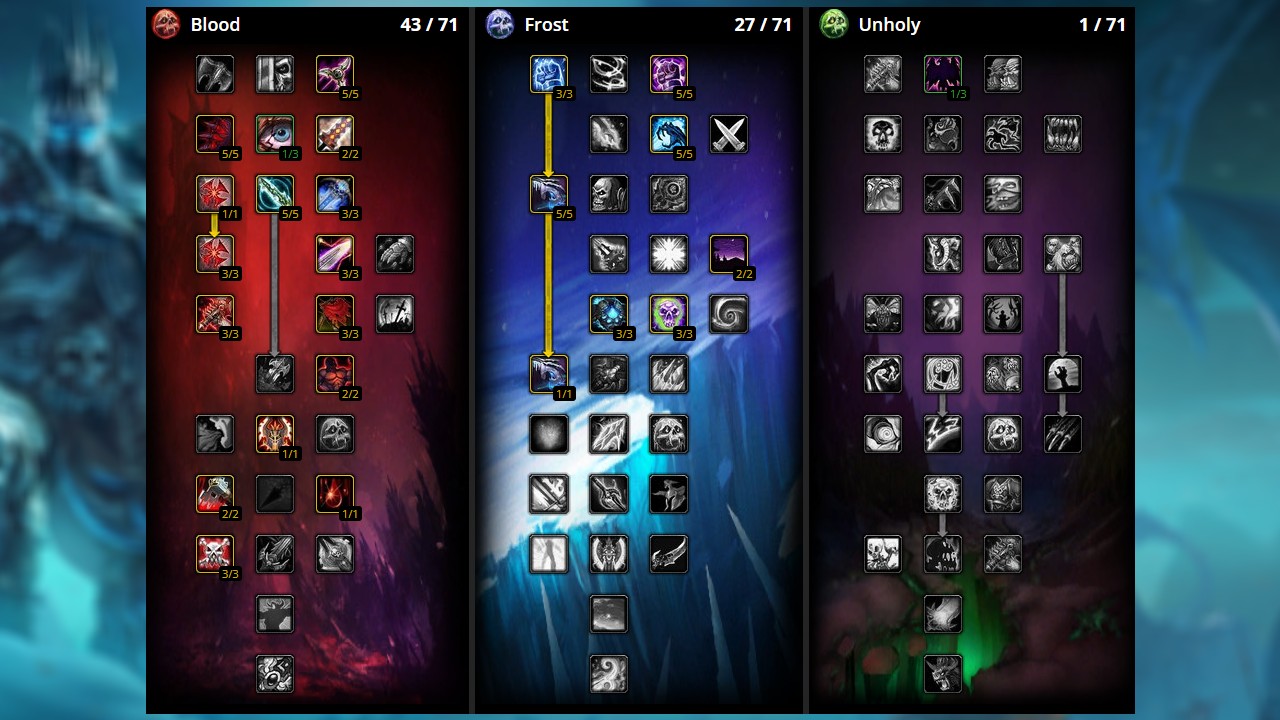 Virulence is the only needed talent from the Unholy tree. However, if you are consistently raiding with an Enhancement Shaman or Frost Death Knight with Improved Icy Talons, you can omit spending points on Improved Icy Talons, and opt-in to choosing Anticipation or Morbidity instead.

Two Minor Glyphs stay the same as both the Frost and Unholy Death Knight builds, with the exception of Glyph of Blood Tap, which replaces Glyph of Horn of Winter.

World of Warcraft: Wrath of the Lich King Classic is available now via Blizzard’s Battle.net on PC.