Not sure who to pick? Find out some of the best choices here! 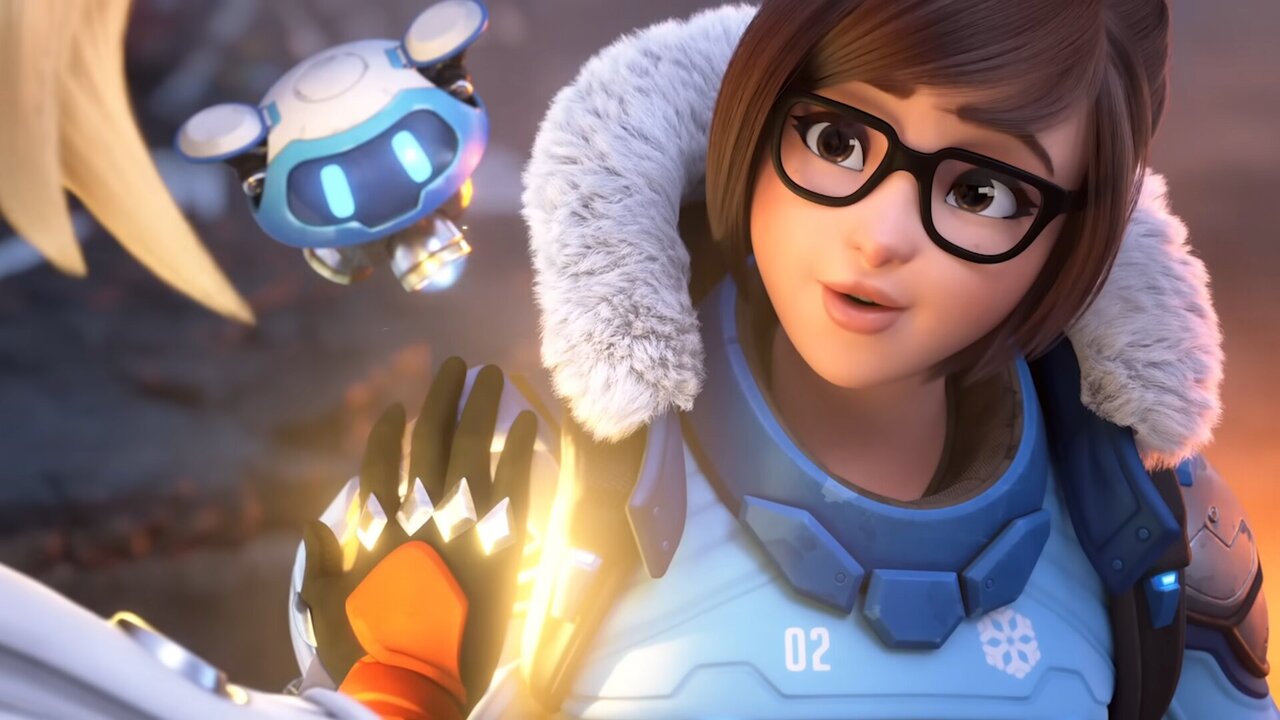 With Overwatch 2 finally available to play for everyone, there are bound to be plenty of gamers making their first trip into the game. However, if you’re new to the Hero-Shooter genre, you may feel a bit lost, especially since everyone plays and feels differently. Thankfully, there are a few characters that will let any FPS fan jump in and have fun, especially after giving them a run in the Practice Range.

But, which characters should you focus your time and energy on initially, so you can learn the basics of the game before finding your new favorite character? Let’s dive right in, and find out the best character in each role to learn and grow with, as you learn more about the game!

While the basic principles of the game are going to feel the same as every other First Person Shooter on the market, you’re going to need to learn what your team can do, and where you fit in to make sure that you’re ready to win every match that you’re involved in. Here are the best choices for your first characters to pick in every role, so you can find what feels the most comfortable for you, no matter if you’re playing with a keyboard and mouse, or a controller! 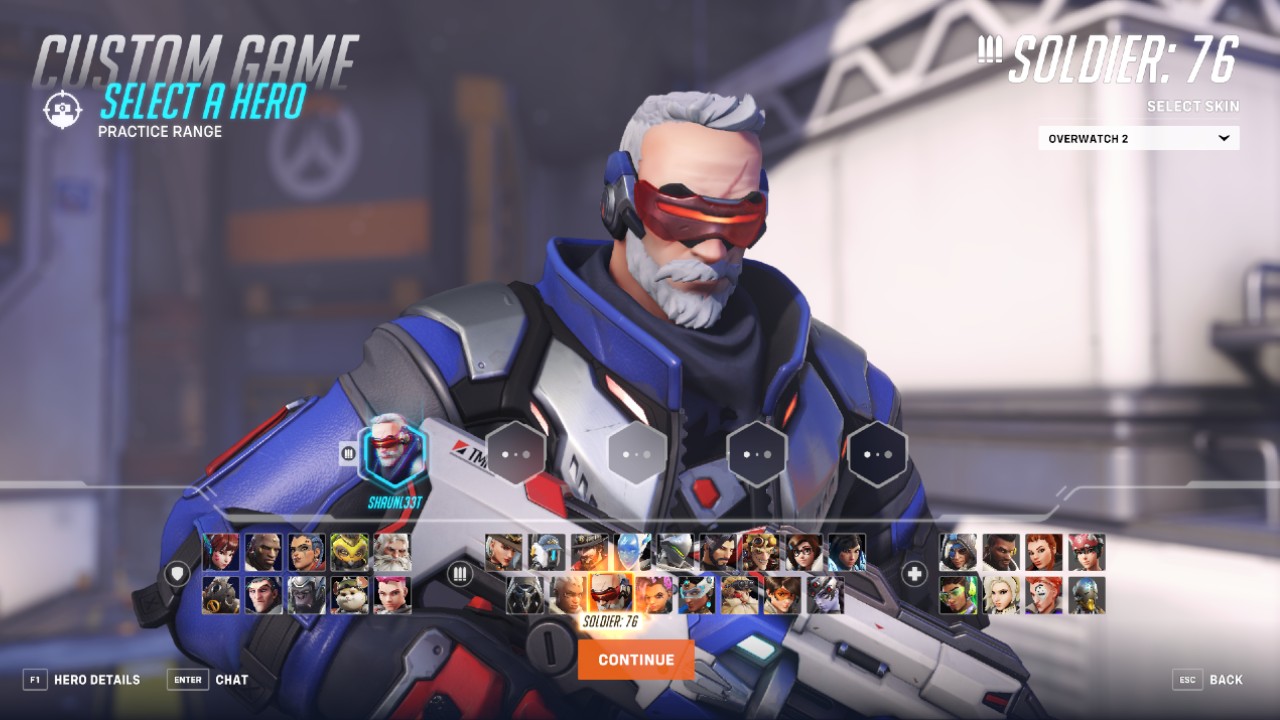 If you’ve ever played an FPS game before, you’ll feel right at home with Solider 76. While they may not be the most flashy hero with the most exciting arsenal, the fact that you can easily pick up and play with him is going to be more than enough for some gamers. While other Heros in the game will offer a bit more bang for the buck in the long run, if you’ve excelled at other FPS games in the past, you’ll find a favorite right off of the bat with this grizzled soldier.

However, if you’ve found that you’re not a fan of his limited set, you may want to give someone like Junkrat a try, as they are still quite speedy around the map, but offer you a few more chances to cause chaos. If you’re pretty new to the FPS genre, or just want to find a hero with immaculate vibes, Lucio will be your best choice. If you’re a fan of helping keep your team alive, then the choice has already been made. You won’t need to worry if you’ve got dead-eye aim, as you’ll just need to hang out with your friends in-game to help provide them with heals and buffs, all while being able to navigate around with more momentum than most other heroes in the game.

If you don’t find yourself clicking with Lucio, give Mercy a try. She’ll be for those that are a bit more confident in their aim, but once you get good with her, you’ll never want to go back. 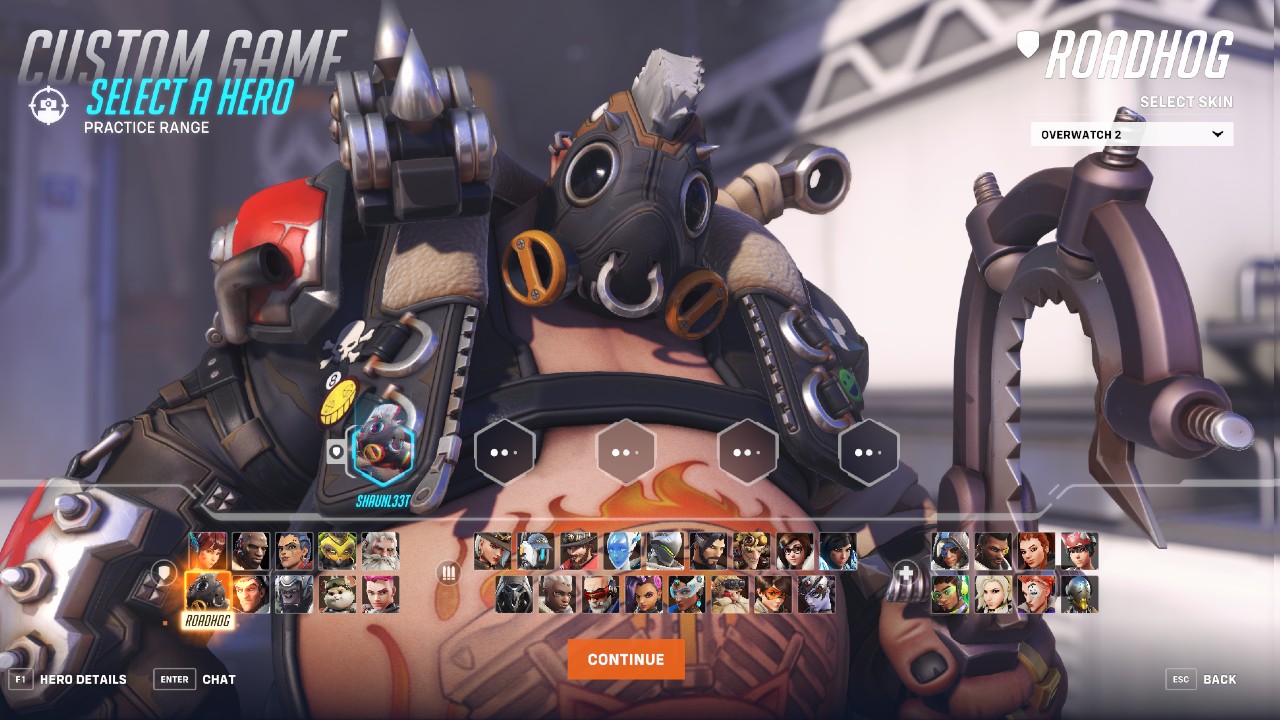 If you’re looking to deal massive damage, while taking massive damage, you’re going to want to pick up and play as the biggest boy, Roadhog. While he may be easy to use originally, if you can learn enough and master his skills and his hook, you can become unstoppable quickly. You’ll be able to bring the pain right to you as you grab a player from across the map and drag them over to you, only to unleash a massive blast of bolts right into their skull.

If you don’t mesh with Roadhog, you should give D.Va a try, and find out why her mech is something you shouldn’t mess around with. If you can master her, you’ll be sure to get plenty of supportive messages in the chat from your opposing team.

And there we have it! If you’re coming into Overwatch 2 as a new player, make sure that you’re checking into our Guide Section for the game, so you can find out how to level up your Battle Pass quickly, if Overwatch 2 has Controller support on PC, and the easiest ways to increase FPS on PC Overwatch!