Here are some of the strongest weapons and wards you can get right now in the Wonderlands! 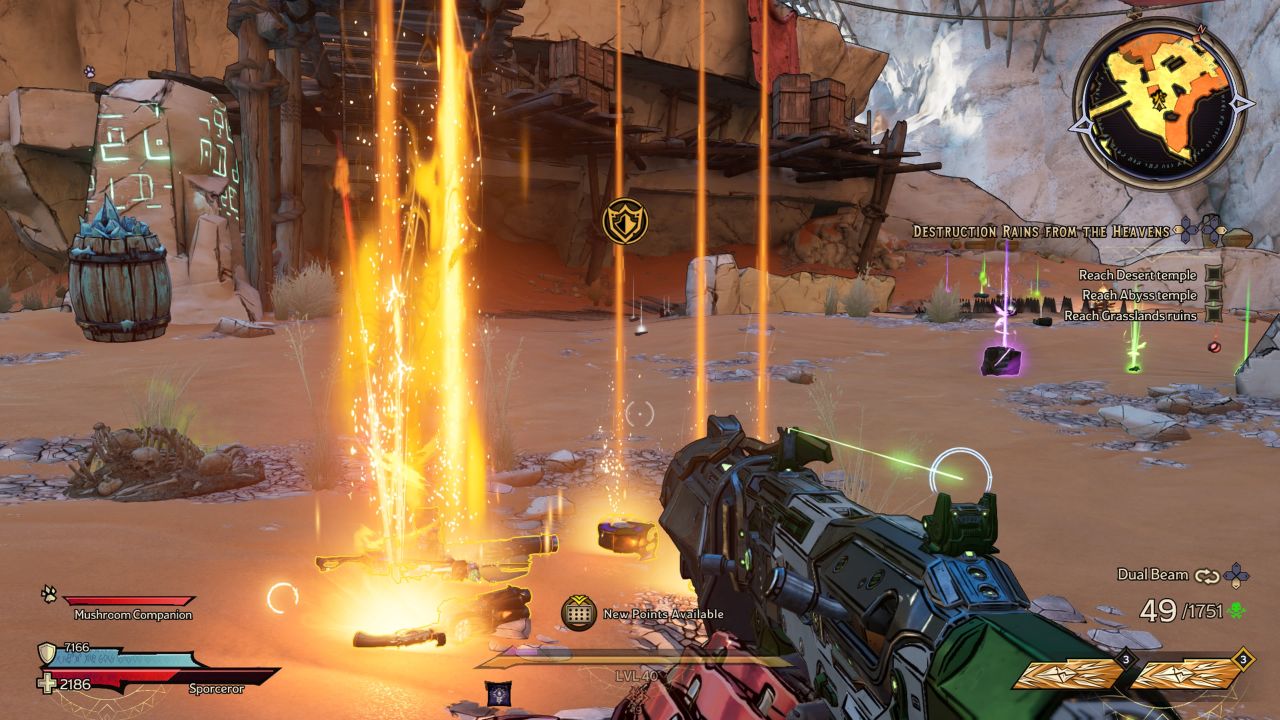 As is a tradition in Borderlands games, there are tons of different items to get for your builds like guns, class mods, grenades, charms, and such. In Wonderlands, the names of some of the complementary items to your builds are named differently but work practically the same. So here, we’ll go over some of the best legendary weapons and wards you can earn right now in Tiny Tina’s Wonderlands. The Liquid Cooling Skuldigger pistol is a monster of a weapon. It’s a crit machine and can deal infinitely sustained damage if you’re good at maintaining those critical hits. It only comes in the Frost element, but it’s one of the better elements in the game because of its ability to slow and completely freeze opponents. Frozen enemies are susceptible to more damage, so sustained fire against frozen enemies with this already high-damaging pistol makes this an all-rounder.

To obtain this weapon, you can get it as a World Drop or by farming the Ancient Obelisk enemy— Lissia, Iron-Wrought— in the Crackmast Cove region. 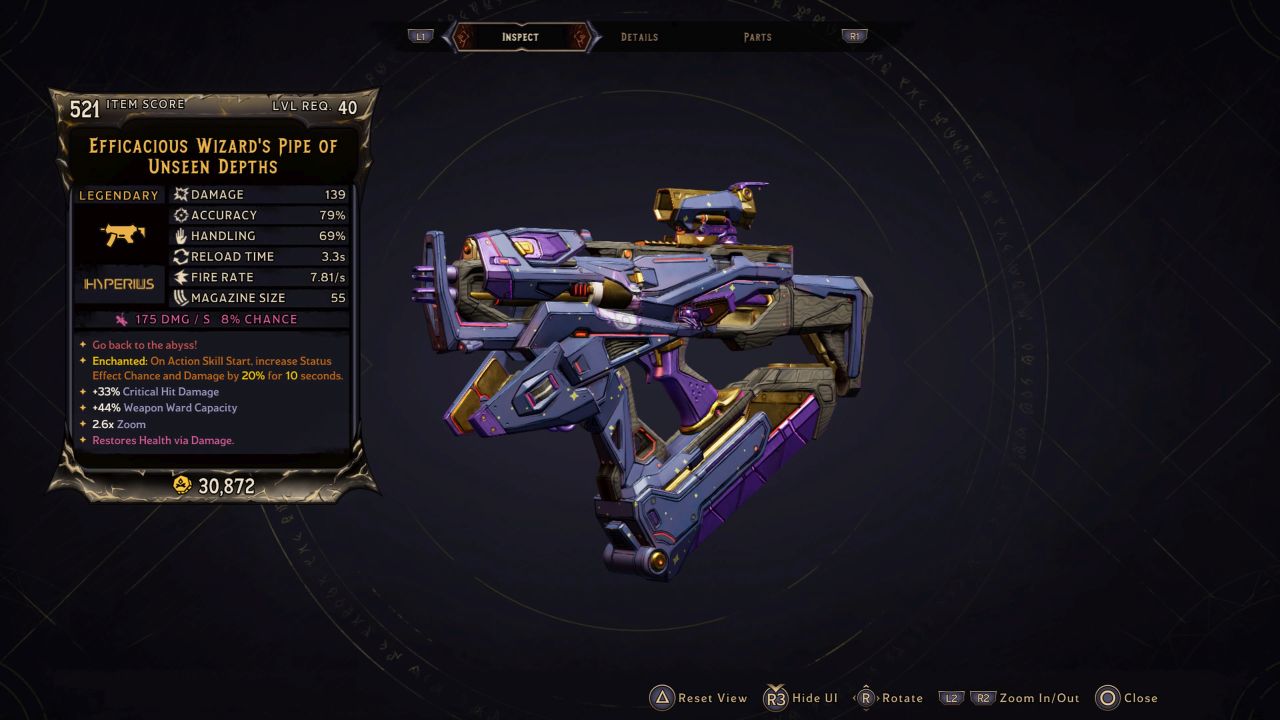 The Wizard’s Pipe is an SMG that can come in any element but has a special ability where it summons elemental orbs. These orbs shoot out of the gun and correspond to the weakness of the current enemy you’re shooting, making it a versatile mobbing and bossing weapon. Its only weakness is that the projectiles shot from the gun aren’t hitscan, making it harder to hit agile or flying enemies.

This gun can be acquired by farming the Parasite boss in the Tangledrift region. You’ll have to complete the “Walk the Stalk” quest before being able to fight it. The Ruby’s Spite is a Dark Magic-only pistol that fires a series of three crossbolts per shot in a conal area. It may not seem like the most appealing weapon, but this truly shines when taking on large bosses and taking on enemies at close range. Landing each bolt per shot will do some serious damage.

This weapon can be acquired by defeating the Monstrous Shroom Ancient Obelisk enemy. It’s located in the Weepwild Dankness. 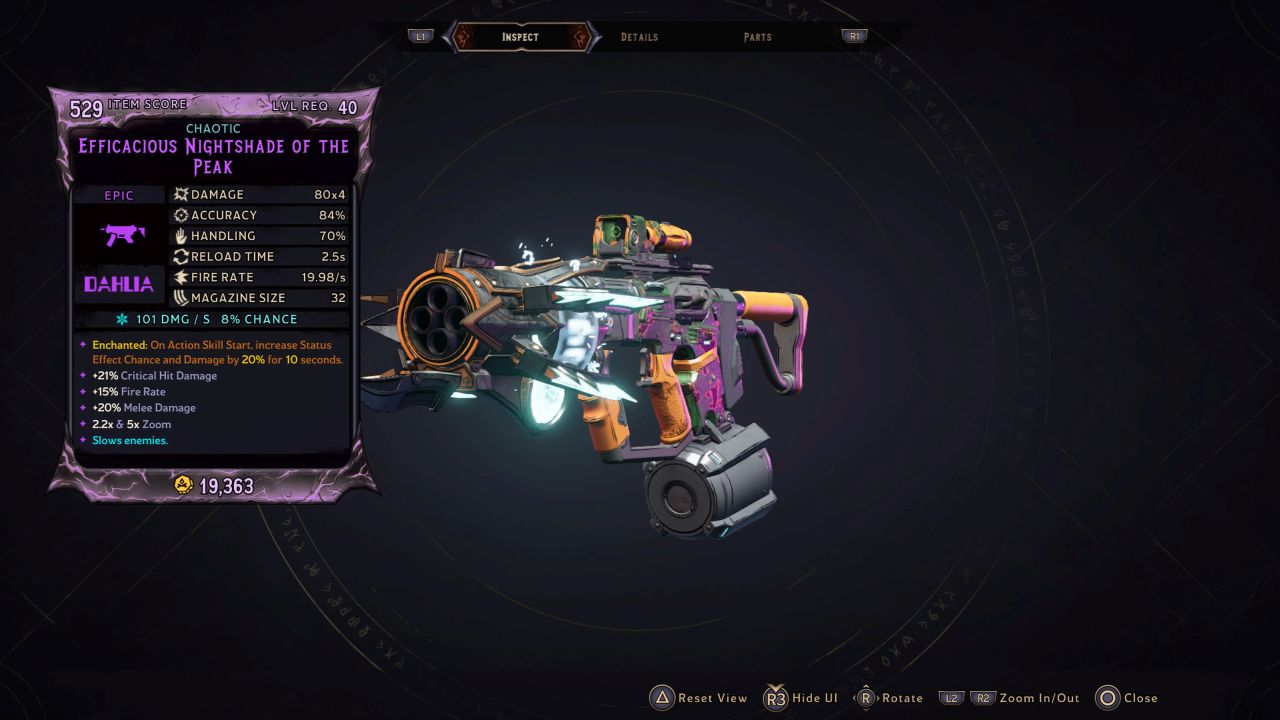 For all the Borderlands 2 fans out there, the Sandhawk is back as an Epic weapon! When playing throughout the game’s campaign, don’t throw away all the weapons that aren’t legendary. If you stumble across these SMGs that have an “x4” in the damage number and deal Frost damage, you’ll be surprised as to how strong these really are. Frost is a rather versatile element, and shooting multiple pellets at the cost of one ammo can easily freeze enemies. It’s always a wise choice to have one of these on hand. This purple weapon may not be legendary, but it is one of the best weapons to use in Wonderlands.

There is no real strategy to farm these SMGs since they don’t have dedicated drops. What you can do is increase your loot luck or hopefully snag one from a vending machine, the Chaos Chambers, or from the Gold Chest in Brighthoof. The Crossblade is a Blackpowder (or Jakobs) shotgun that fires energy waves, similar to that of the Cutsman back from Borderlands 3. This shotgun, while on the card says it deals Dark Magic damage, actually shoots two elemental projectiles. One projectile will be Dark Magic while the other can be any other element. These projectiles are shot in an X trajectory and are extremely powerful when dealing with mobs when lined up.

This gun can be acquired as a World Drop but has a significantly higher chance of dropping by defeating Gloopathoth, a secret boss that can only be fought in the Chaos Chambers. 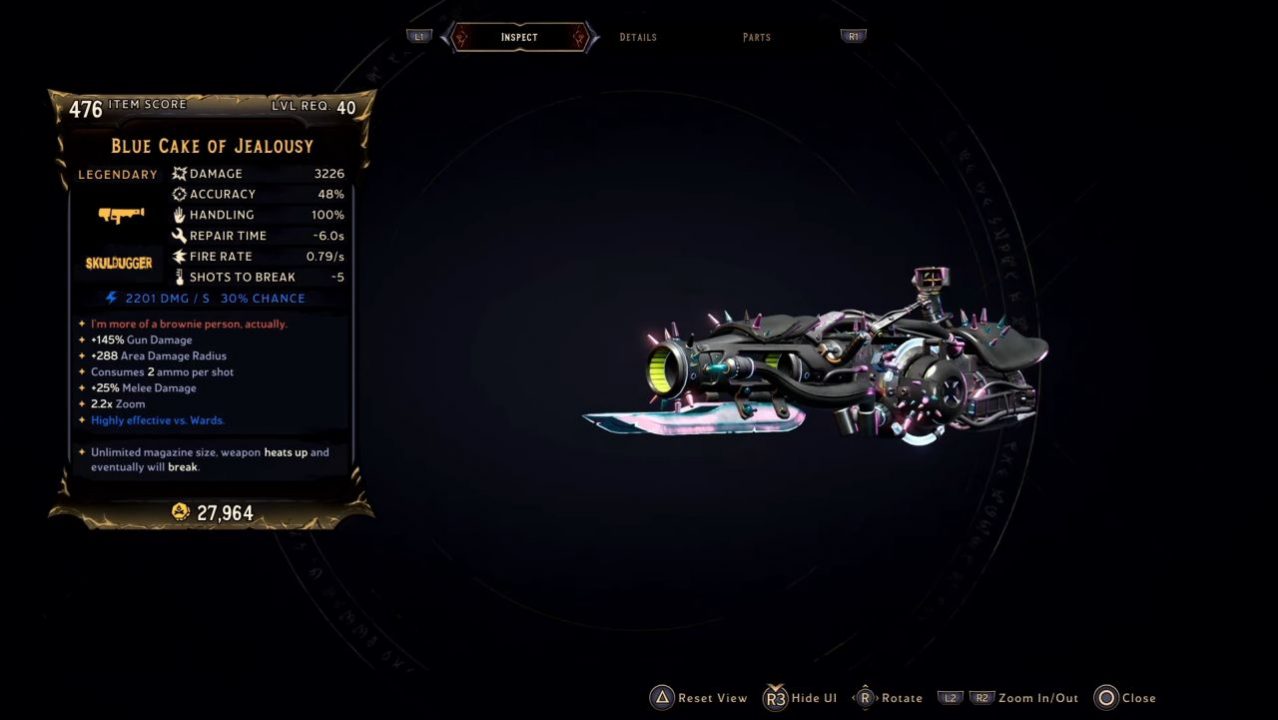 For all the Borderlands 3 fans out there, the coveted Revenge of the Cartels Yellowcake is back! Now named the Blue Cake, this fires a lobbed, explosive projectile that splits into multiple projectiles in its flight path. It deals massive damage but is maximized if you shoot at a range where the projectile count reaches its maximum. As far as it is known right now, this only seems to come in the Shock element, being strong against shields.

This weapon appears to be a drop in the Chaos Chambers. 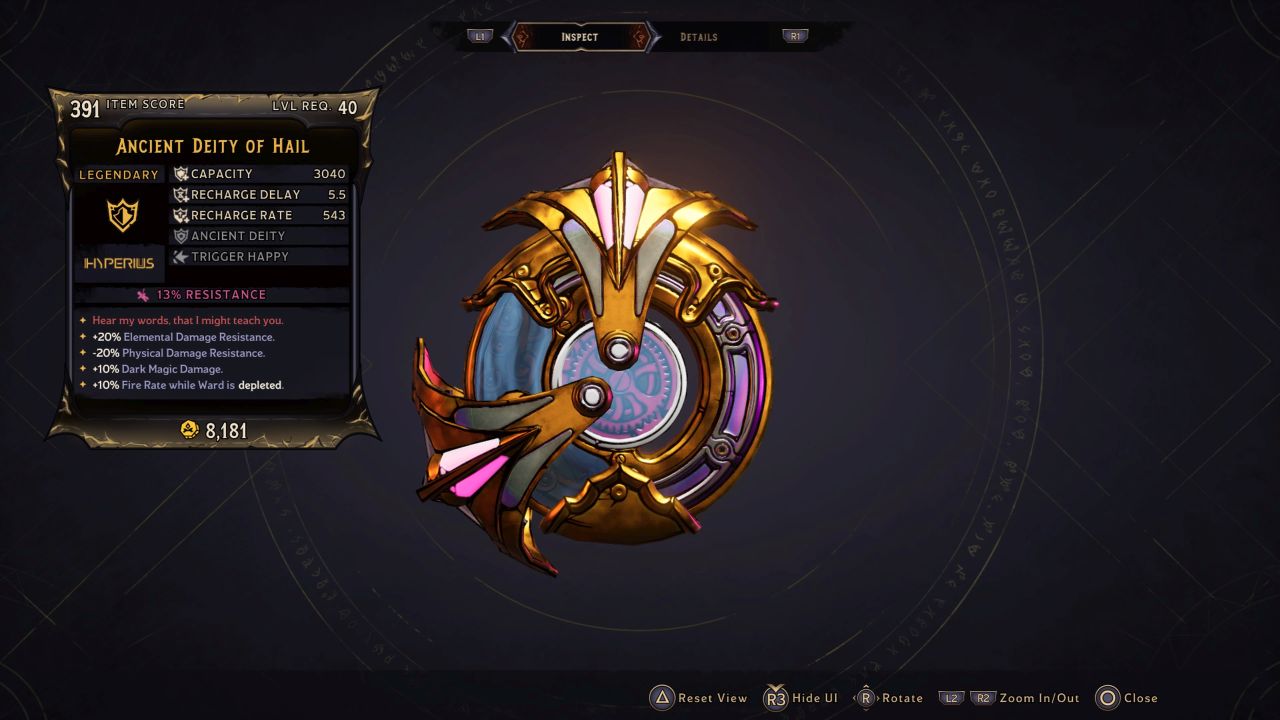 Another item that took inspiration from Borderlands 3. The Ancient Diety is a ward/shield that is just like the Old God from that game’s Guns, Love, and Tentacles DLC. It gives you a 20% elemental resistance with a tradeoff of taking 20% more physical damage. However, it gives you an elemental damage buff depending on the element of the shield. This is perhaps the best legendary ward in Tiny Tina’s Wonderlands, but that isn’t to say others are bad either.

This ward can be obtained by defeating Shara, the Ancient Obelisk enemy in Karnok’s Wall.

Tiny Tina’s Wonderlands is out now for PlayStation 4 and 5, Xbox One and Series S/X, and PC via Epic Games. A Steam release will be out once the exclusivity period concludes.