Does the Vladof (now Stoker) gun exist in the Wonderlands? 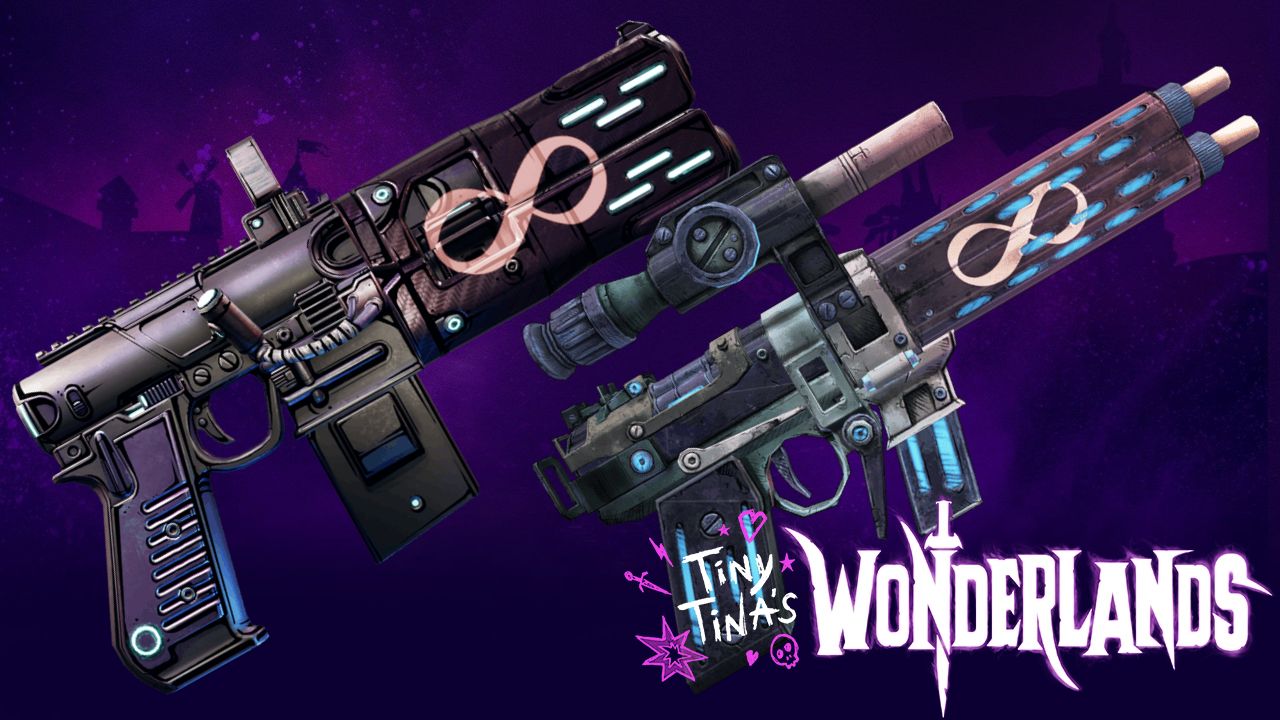 The Infinity Pistol is one of the most unique weapons to have been in the mainline Borderlands games for some time now. It’s essentially a pistol that has a spread pattern that shoots in the shape of the infinity (∞) while being able to shoot non-stop. It has its uses, and while it was never considered to be in the meta because of its low firepower, it was still a very fun weapon to play with. So, is the Infinity Pistol in Tiny Tina’s Wonderlands? Has this Vladof (or now Stoker) gun returned for this game?

Is the Infinity Pistol in Tiny Tina’s Wonderlands?

So far, it does not seem as if the bottomless magazine pistol has made its return in this Borderlands spinoff. A bummer, really. This weapon would be a perfect fit with all the wacky and magical effects of the legendaries that have been discovered so far in Wonderlands.

While there is no exact Infinity in the game, there is a pistol that acts similarly to it— if you can land constant critical hits.

The legendary pistol called “Liquid Cooling” can fire indefinitely and packs quite the punch. It can only come with Frost damage. It’s a Skulldigger (Children of the Vault, COV) weapon that accumulates heat overtime before it needs to be reloaded, or fixed.

However, its red text reads, “works great until it doesn’t” basically meaning that it won’t overheat if you land criticals. Once you hit a normal hit or miss your target, the heat will build up, bringing it that much closer to its need to reload.

Another way to simulate having infinite ammo is by using the Spore Warden class mixed with the Spellshot. If you spec into the Spore Warden’s “Quiver of Holding” skill and the Spellshot’s “War Caster”, you can essentially play a setup that will never really give you the need to reload guns. The only caveat is that you have to be killing enemies and landing criticals.