Biomutant – Best Resistance to Have

Which one should you pick first? 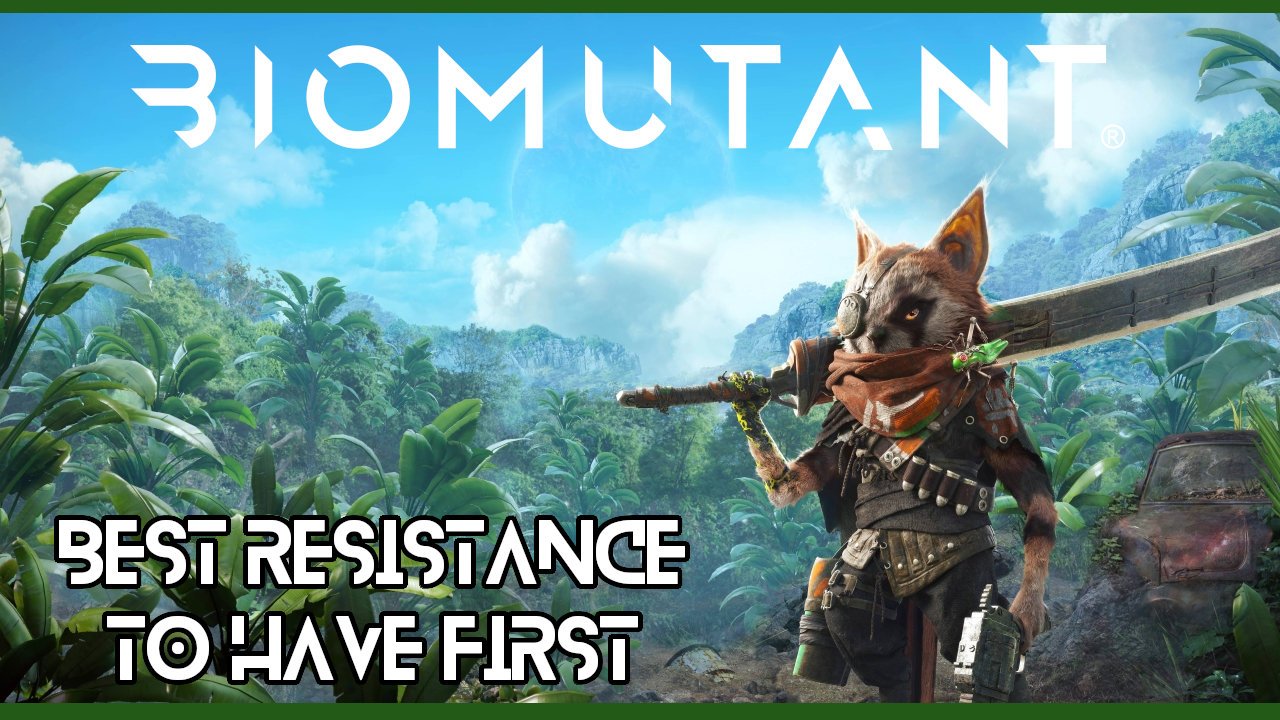 There are five different hazardous elements in Biomutant, so which one should you increase resistance for at first? This is a question you’ll be wondering about as you progress through the vibrant world of this post-apocalyptic RPG, so below we answer this the simplest way possible. Feel free to take a look.

Which is the best resistance to increase first, in Biomutant

Okay, you already know that increasing your resistance for all five elements, will be something you will need to do in the long run. That’s a given and there is no doubt about it. With that said though, is there a specific resistance you should aim at first, to make things easier? Or to unlock something faster than normal? To be honest, indeed there is one that will benefit you more, especially in the beginning of the game.

The element I am talking about, is Biohazard. Or toxic, as some players already unofficially named it. The one with the bright green color, if you want every detail about it. The places that consist of this element, are the ones with the green gas spreading around the whole area, which can be proven deadly if you are stuck in them for an extended amount of time. You will see an increasing percentage number on the top right, which if it reaches 100%, you can say goodbye to this world.

The reason why this is the element you should increase resistance for first, is rather simple. Very early on, you encountered the Morks creatures. Insectoid-like enemies, that spawn out of a biohazard plant. Every time you defeat one of these, they drop a single Bio-Point, which I am sure you are already aware that you can use for two reasons. Unlocking new Mutation powers, or increasing any resistance of any element by 10% each time you use one and permanently. I believe you you already kind of get where I’m going with this.

These Morks may be found all over the place, usually in underground areas. However, there is a certain place they very frequently spawn, an that is Biohazard places, the ones full of green gas. Which means that if you increase your Biohazard resistance to 100% and start exploring those areas, you will be fighting these enemies, which will further result to swimming in Bio-Points in no time, and very early on as well. You can then use those points to increase the resistance of the rest of the elements, making the Biohazard resistance undoubtedly the most valuable of them all.

Equipping gear or increasing your Biohazard resistance with Bio-Points is one way to go about it, but if you want an even easier one, is by finding the respective full-body suit that gives you 100% resistance just by wearing each piece. The first time you enter a Biohazard area, a small cut-scene pops up and then you automatically receive the quest to find that suit. It will have a quest marker in the overworld map, so simply go there, get the suit, and without any investment at all you will be able to traverse through these toxic areas of Biomutant.