Biomutant – How to Beat Porky Puff

Here is how to defeat one of the Worldeaters 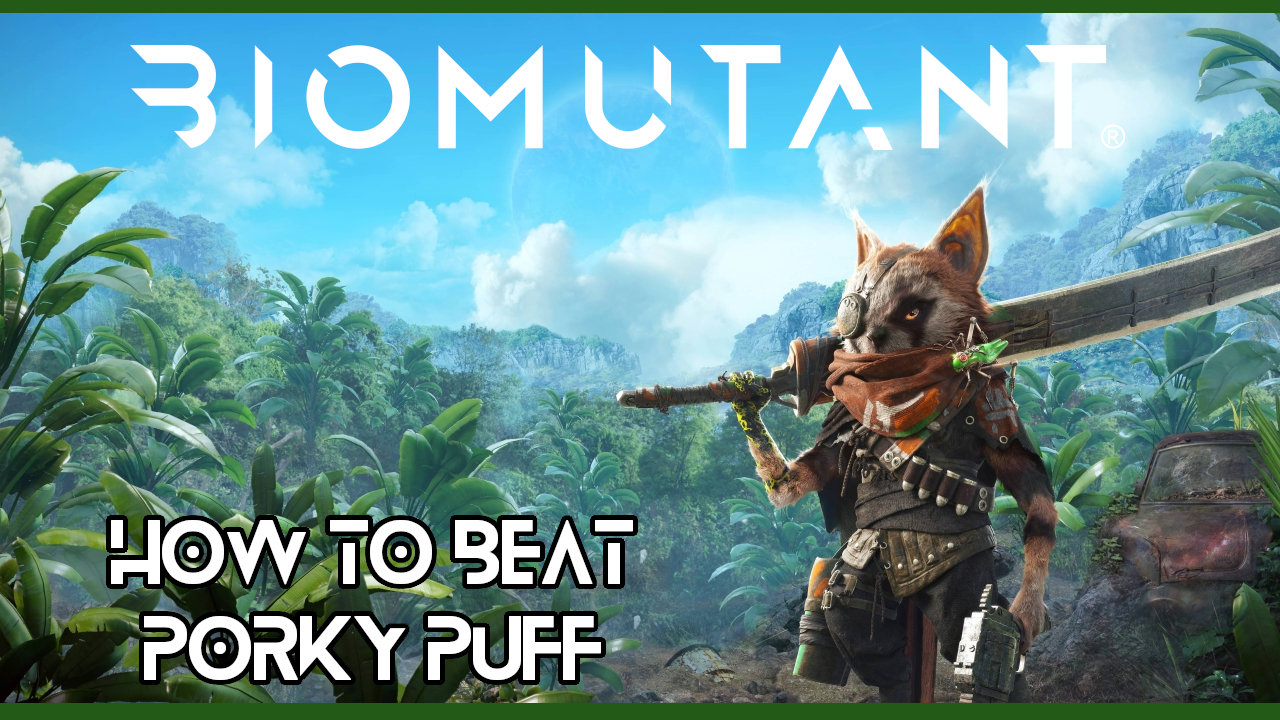 If the name Porky Puff in Biomutant sounds silly and cute, you are in for a big surprise. While the name itself seems like it came out of something similar to the Muppet Show, it hardly represents anything so innocent and childish. In fact, it is the name of one of the four Worldeaters found in Biomutant, which are the gigantic end-bosses of the game. Your goal is to actually defeat all four of them and avoid having the Tree of Life taken down by such behemoths. Porky Puff can end up being the first you’ll encounter in your adventure, depending on your route decision, so let’s take a look at how you can actually beat this huge three-headed creature.

How to beat Porky Puff in Biomutant

The requirements of heading to this fight won’t be mentioned, in order to avoid any spoilers, so we will be jumping right into the battle itself. Porky Puff is a very interesting enemy, since the way you fight is completely different to anything you did up to this point. Porky Puff resides in a water stadium-like place, which as you have guessed, it’s filled with water. Yes, that’s right, the first phase of this fight has you riding your trusty Googlide, as you fight this juggernaut. For better or worse…

As you are on top of Googlide, you can approach this match in two ways. One is the common goal though, and that is staggering Porky Puff right away. If you try to shoot it down from the get-go, you are in no luck since it won’t be taking any damage at all. If first needs to fall down to its stagger phase, and then unload as many bullets as possible. With that mind, let’s see how you can bring Porky Puff to this state.

You can either grab the bombs lying around on the water, with your Googlide, and go next to Porky Puff with them just before they explode. One bomb is enough to stagger the beat, so afterwards just attack right away, as fast as possible. Repeat this until Porky gets into phase 2. The second method of staggering it, is by shooting all four of its pimple-like thingies, found on each leg. Get close enough for your gun to not miss, destroy all of them one at a time, and you will stagger the boss easily. At some point you will be prompted to use a ‘special’ attack (throw some toy ducks at it), to trigger the next phase.

After you repeat the steps above a couple of times and you diminish its health to a certain percentage, you enter phase 2. During this phase, Porky Puff sends itself and you to an area with land, where things become much easier, although a lot more aggressive. You are now on foot, meaning you can attack with both your melee weapons and guns as well, letting you choose the preferred way of taking it out of the picture. In this state, just fight as you always do, make sure to avoid its hard-hitting swipes and various attacks and eventually you will bring Porky Puff down to 0 HP. With this, you are one Worldeater down, so prepare for the next part of your journey.