Change default from the PS4 version. 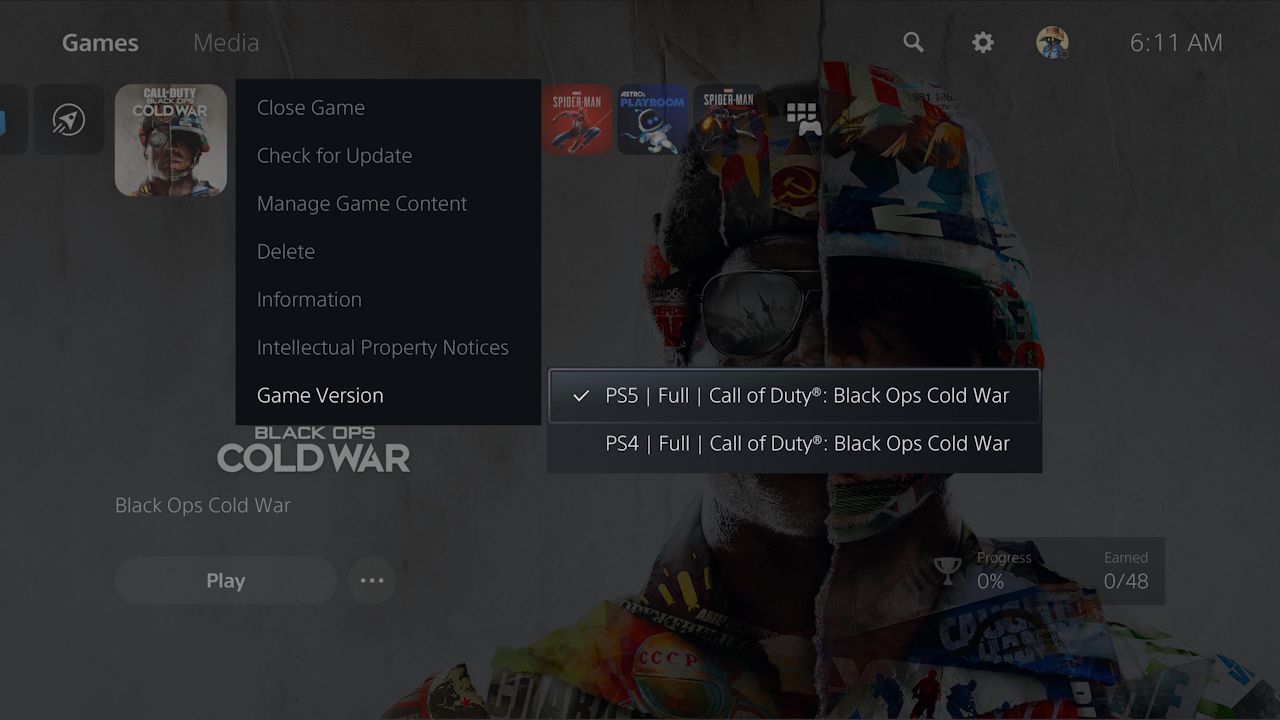 The new generation of consoles are finally upon us with the release of the Xbox Series X/S and the PS5 this week. On top of the new consoles, it was a big week for gamers in general with the number of major releases, with Call of Duty: Black Ops Cold War wrapping up the week with a bang. Like a number of games, Black Ops Cold War is cross-gen and the fact that the new consoles are backwards compatible may cause some issues with starting the right version, especially on PS5.

How To Start PS5 Version

Unlike many games that are just backwards compatible with little upgrades to frame rate and such, Call of Duty: Black Ops Cold War actually has two versions available, one for last-gen and one for the now current-gen. If you happen to buy the game on PS4 or Xbox One, you will have to pay $10 to get the upgraded version on the respective platform. However, that will only really be an issue for people who won’t be getting the new consoles for awhile. The ones who are impacted now though are the ones who purchased the Cross-Gen bundle to have the game on both generations, which can be confusing.

On the PS5 specifically, you want to make sure you are starting the right version. This is because you can download the PS4 version on the console as well. Even if you haven’t, the system can default to the PS4 version that will prompt you to download it.

To guarantee you are accessing the PS5 version of Black Ops Cold War, go to the game on your dashboard and press the Options button on your controller, also known in the past as the Start button. This will bring up an additional menu, where you want to select Game Version. After picking this, a new popup will come up and you need to select the PS5 version here.