Take on the zombies by yourself. 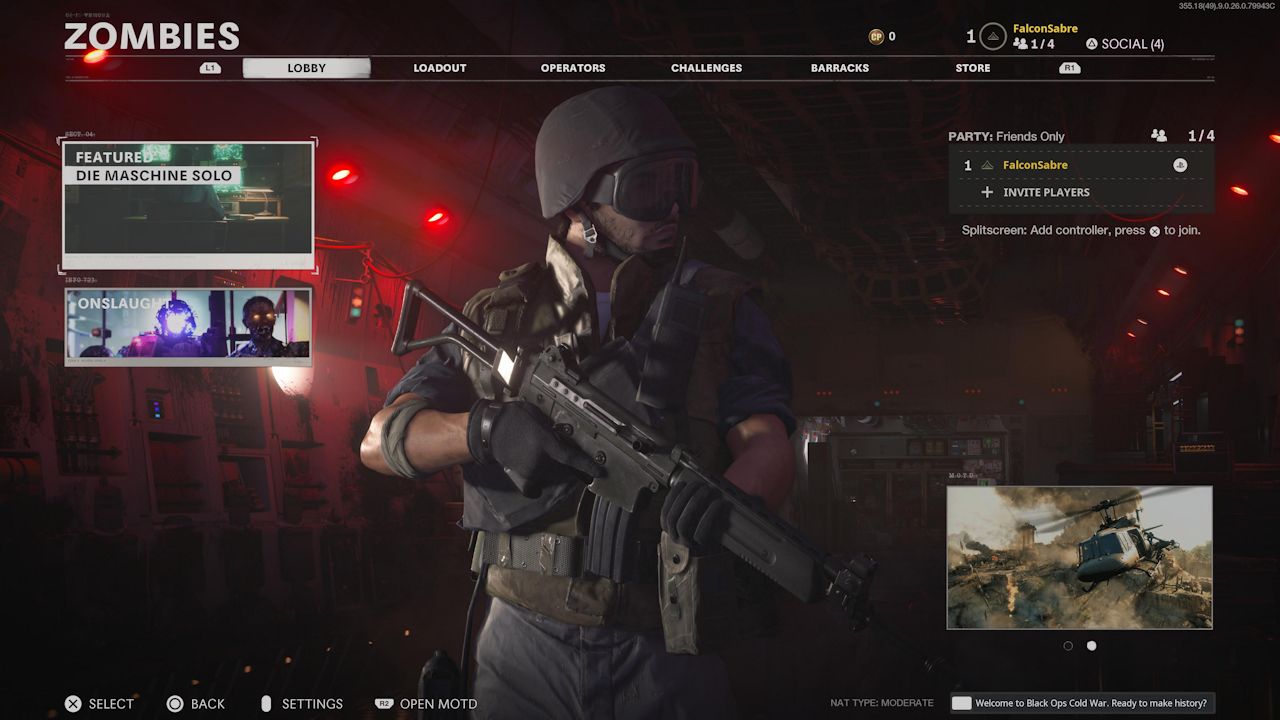 Call of Duty: Black Ops Cold War has finally arrived and with it comes plenty of content for you to enjoy. Not only do you have the campaign, multiplayer, and even Warzone, the game also offers the ever popular Zombies mode. For the most part, Zombies is intended to be played with others as a team to survive, but sometimes people may just want to take it solo due to possibly internet issues or just to enjoy the experience alone. The good news for those people is that the game does allow it, though it isn’t that apparent from the start.

How To Start Zombies Solo

Zombies within Call of Duty: Black Ops Cold War has its own separate set of menus from the main menu itself. Start by selecting Zombies from the main menu, which leads you to the next screen. From here, you have even more options to choose from, such as inviting players, loadouts, and more.

You’ll see the Featured Lobby first, which currently is set as Die Maschine Endless. Just below it are two options, Die Maschine 20 Roujnd and Dead Ops Arcade. You might think this is all you can choose from, but there’s another way to get an additional option for solo play. 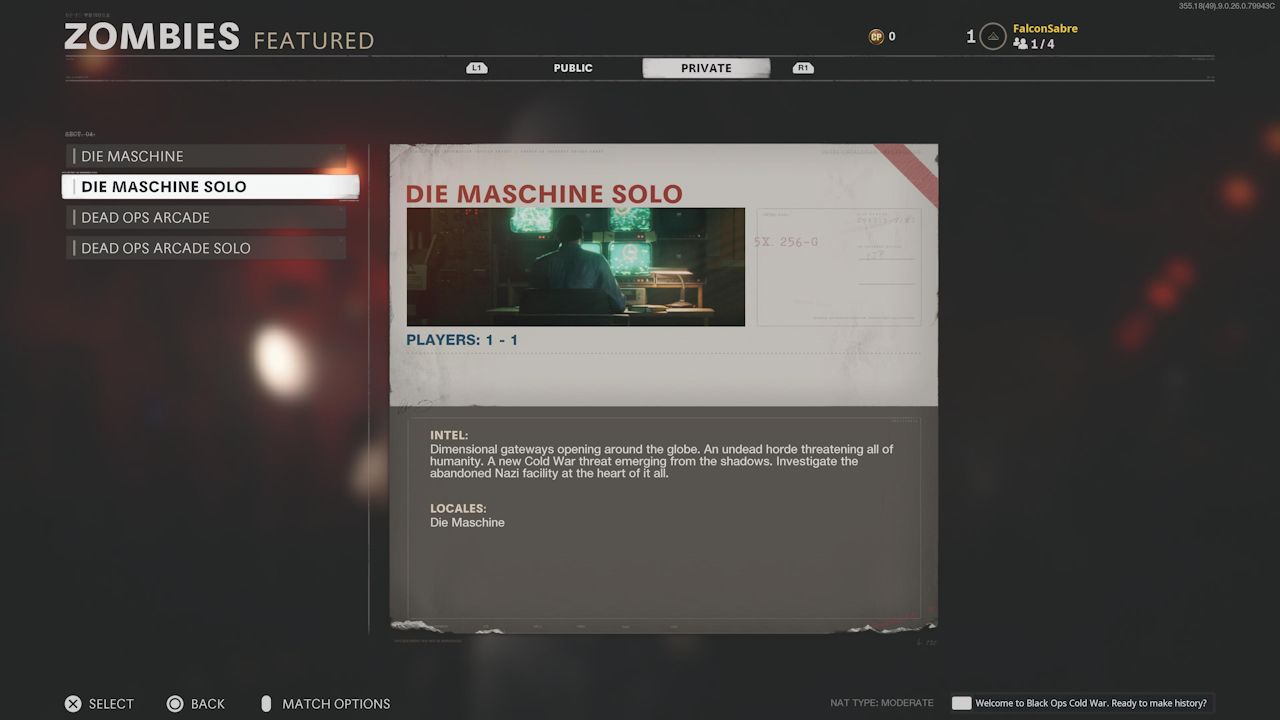 If you notice the tabs up there, there are two for you to choose from. The default one it goes to is the Public tab that has the three options mentioned prior. What you instead want to do is press R1/RB and scroll to the second tab that is listed as Private.

When you get to this second tab, you now have four options to choose from, with the addition of Die Maschine Solo this time. As you would assume, this is exactly the one you want here, as it will make the experience for 1 – 1 players rather than the 1 – 4. You can also do the same thing with Dead Ops Arcade Solo, which is also added here for 1 – 1 players.