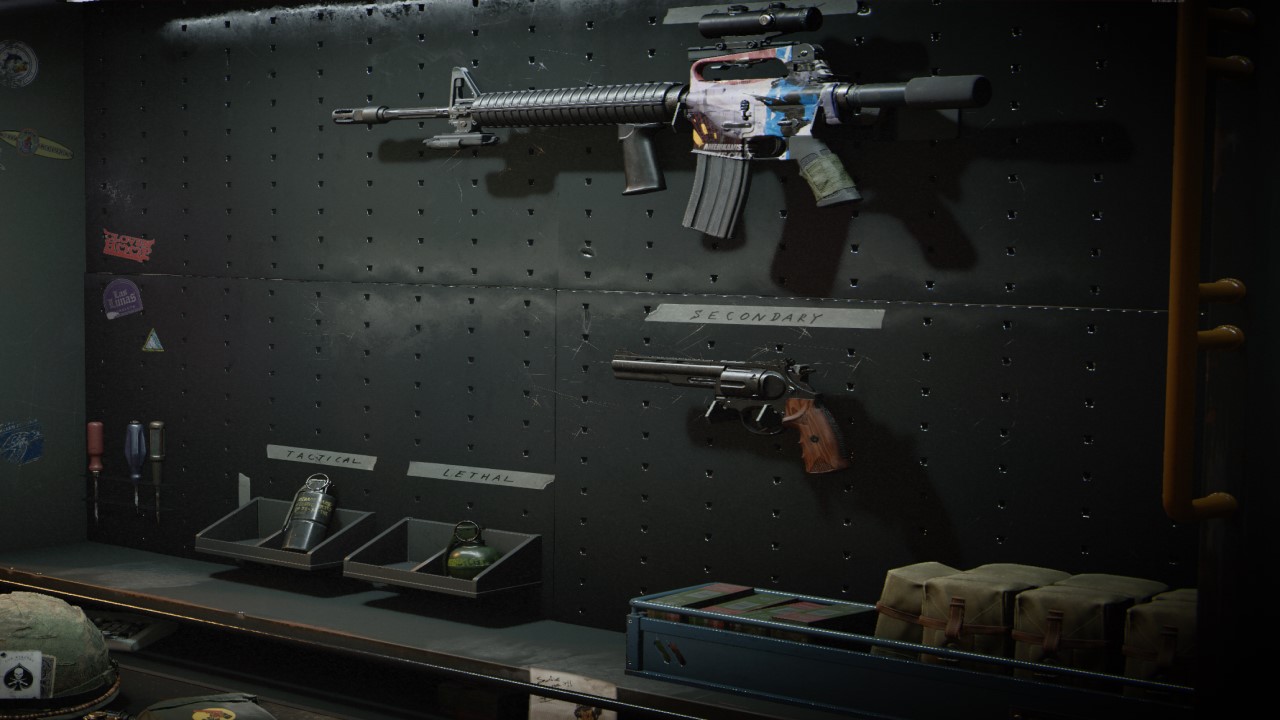 The M16 hasn’t been this fun (or unstoppable) since the early days of the original Modern Warfare. Black Ops Cold War brings back the iconic weapon to devastating effect. While the XM4 is bound to get plenty of attention in the assault rifles category, the M16 is an early standout for tactical rifles.

In this guide, we’ll show you how to deck out every category of the M16 to elevate the formidable firearm to a whole other level. 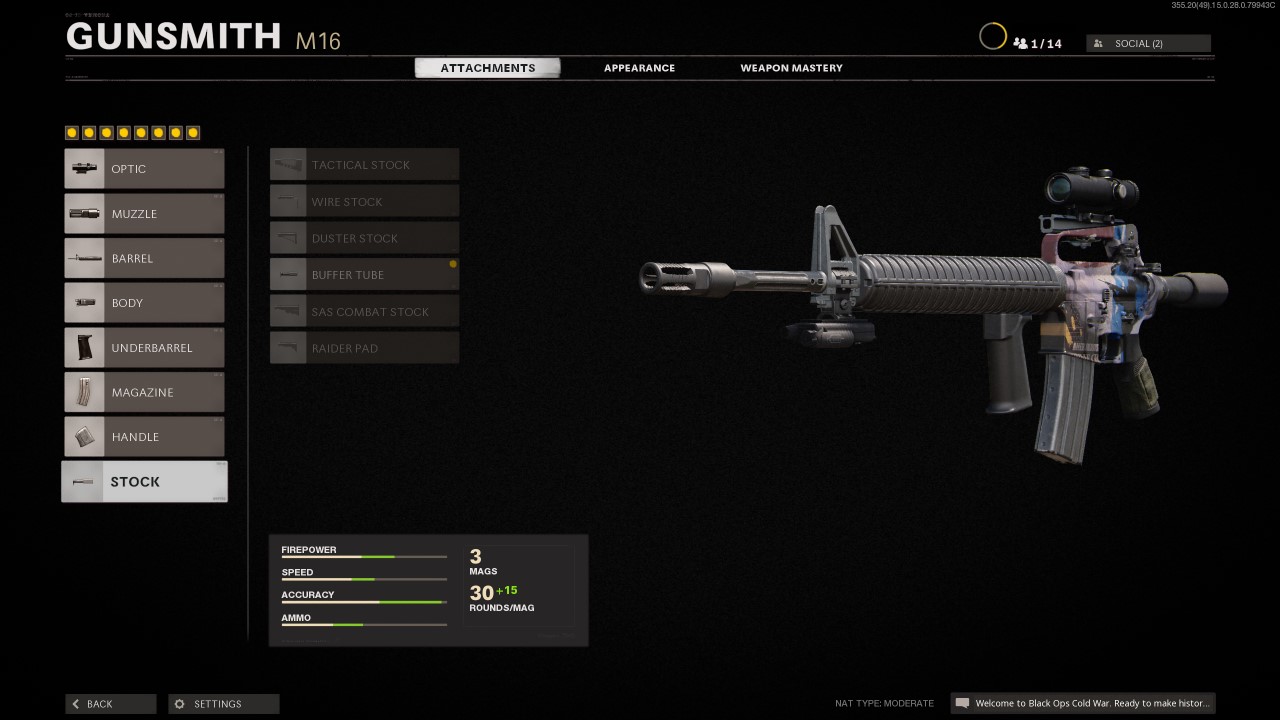 Obviously there are more than the standard 5 attachments typically allowed for weapons. The Gunfighter Wildcard must be equipped to deck out the M16 in accordance to our loadout guide. Gunfighter isn’t unlocked until Rank 27.

The Axial Arms 3x Optic maintains a solid balance between short and long range engagements. A steady hand can use this weapon to deadly effect across various maps thank to the glint-less sight.

The draw of the SOCOM Eliminator Muzzle is not the muzzle flash concealment. The focus is the reduction in vertical recoil control, providing a noticeable improvement for this 3-round burst weapon on consecutive shots. Horizontal recoil takes a slight hit, but it’s hardly a poor tradeoff.

The 20.5″ Task Force Barrel bundles in a handful of improvements. Damage, damage range, and bullet velocity are all increased. Targets will go down quicker without much need to lead mobile enemies in engagements slightly extending beyond medium range. Horizontal and vertical recoil are the victims of this attachment, but their decrease is absorbed elsewhere.

The Steady Aim Laser Body attachment doesn’t immediately seem to serve much of a purpose, as hip firing will not be used too often. Choosing to go with this attachment is simply to undo the stat decrease found on the stock.

The Field Agent Foregrip Underbarrel attachment restores (and then some) the horizontal and vertical recoil stat decreases seen elsewhere.

The 45 Round Magazine can make the difference in a firefight, thanks to the fifteen round increase per mag. That’s five additional bursts before needing to reload. Given the power of the M16, those five bursts can clean up areas nicely.

The Airborne Elastic Wrap Handle grants the operator god-like flinch resistance. Staying on target while taking hits will be a breeze. Not to mention, this attachment further improves ADS. The biggest drawback is the reduction in sprint to fire time, but it is reversed by another attachment.

The Buffer Tube Stock adds that lost sprint to fire time back in and raises it even more. It does come with a hit to hip fire accuracy, which won’t be viable most times, but the body attachment above takes the negative out of the equation.

Now that you have a monster M16 to take into multiplayer, take a look out our Multiplayer Perks Guide to see what you should equip with the tactical rifle.