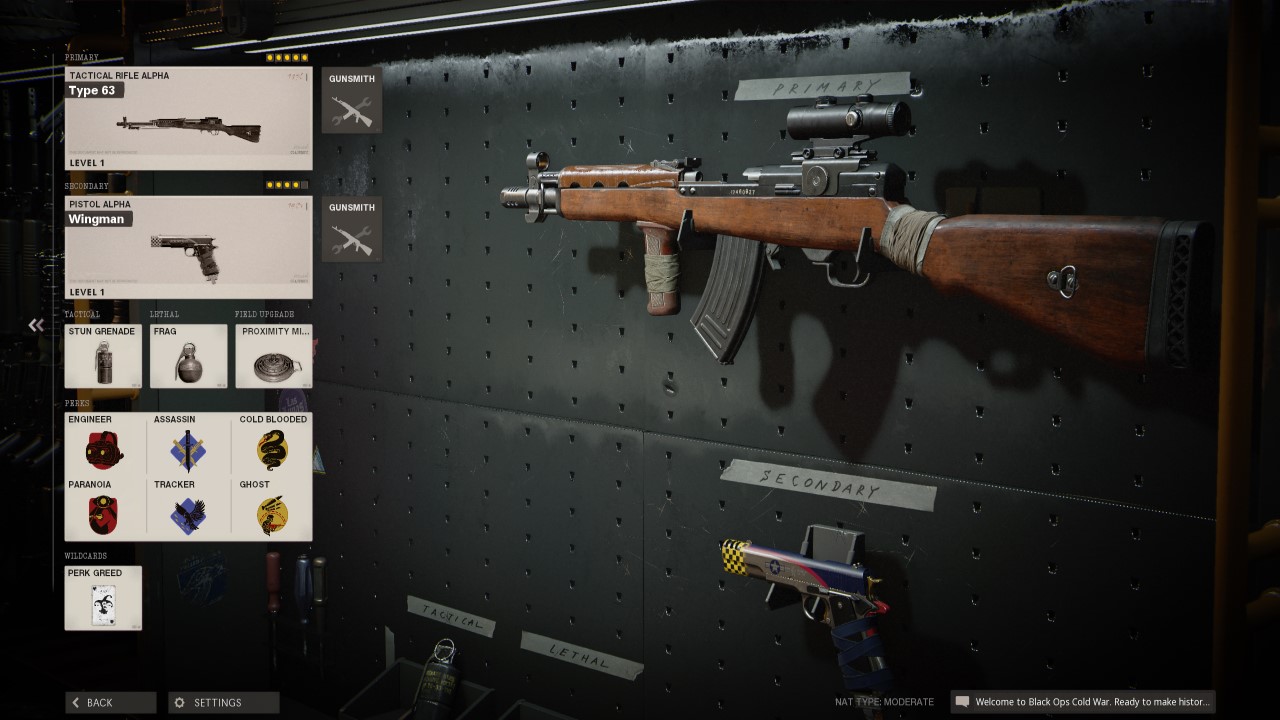 Black Ops Cold War provides a weapon early on that will immediately resonate with a specific group of Modern Warfare players. That weapon is the Type 63. There’s no denying the resemblance and performance similarities Cold War’s tactical rifle carries when put side-by-side with Modern Warfare’s dominating SKS.

If you have a soft spot for semi-auto rifles, you may find yourself drawn to the Type 63. In its barest form, the weapon appears somewhat unappealing. With our loadout guide, we will show you how to transfer the rifle into an easy go-to choice. 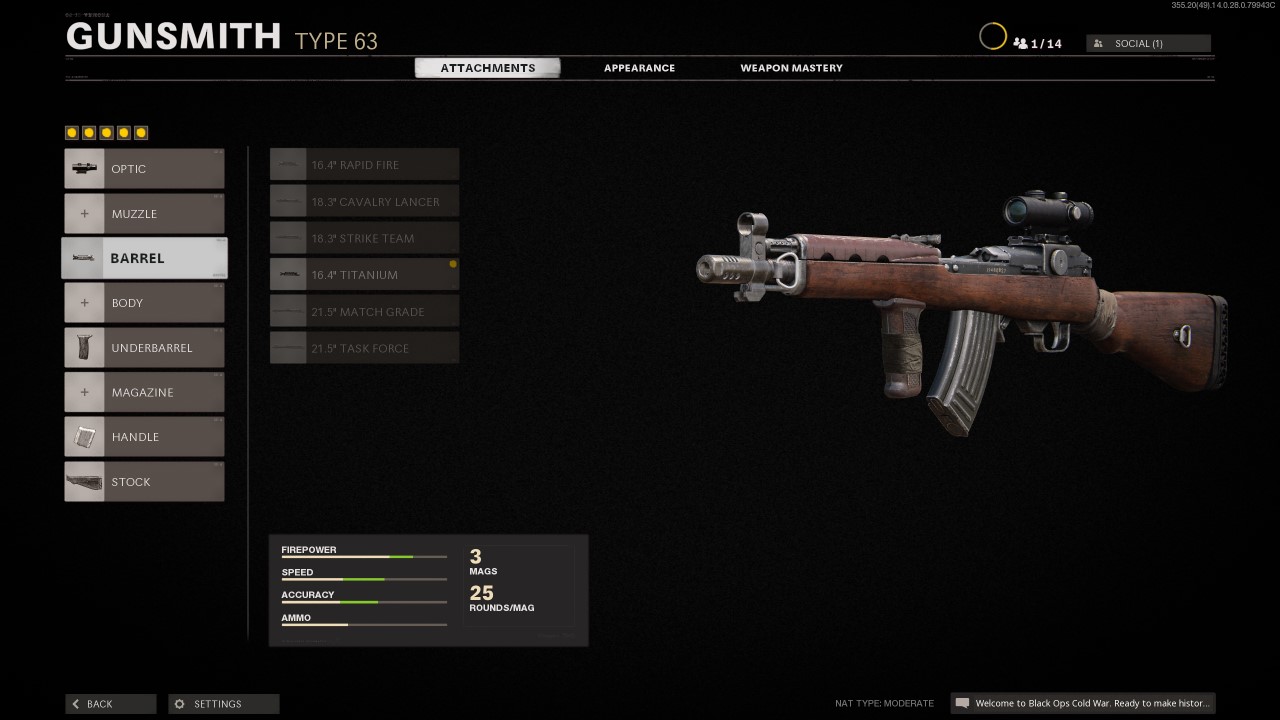 The first thing that needs to be addressed is the Type 63’s awful iron sights. The Axial Arms 3x Optic can be used comfortably at a variety of distances. And the lower magnification means glint won’t play a factor in giving away your position.

There are two choices for the barrel depending on the typical engagement range expected. Shorter distances, which are common in core multiplayer modes, will benefit from the 16.4″ Titanium Barrel. The increased fire rate allows for rapid follow up shots and better survival in close quarters. The 21.5″ Match Grade Barrel doubles the base damage range for those that hang back a bit further. Don’t be drawn in by the 18.3″ Strike Team Barrel’s damage increase. It only goes up from 68 to 74. And enemy health is set at 150, meaning it will still take three shots without a headshot.

The Gru Elastic Wrap Handle adds in a hefty resilience to flinching. Taking shots from enemies won’t have as great an effect on aiming with this attachment. ADS speed also gets a boost, which is never a bad thing.

The KGB Pad Stock hinders Hip Fire Speed, a negligible area for tactical rifles, in favor of sprint to fire time and aim walking movement speed. This balances out a few other cons found elsewhere in the loadout and keeps the operator’s mobility in check.

Now that we have shown you how to build out the Type 63, take a look out our Multiplayer Perks Guide to see what you should pair with it.