Take down the Halls of Tribulation II for a chance to grab this melodious staff. 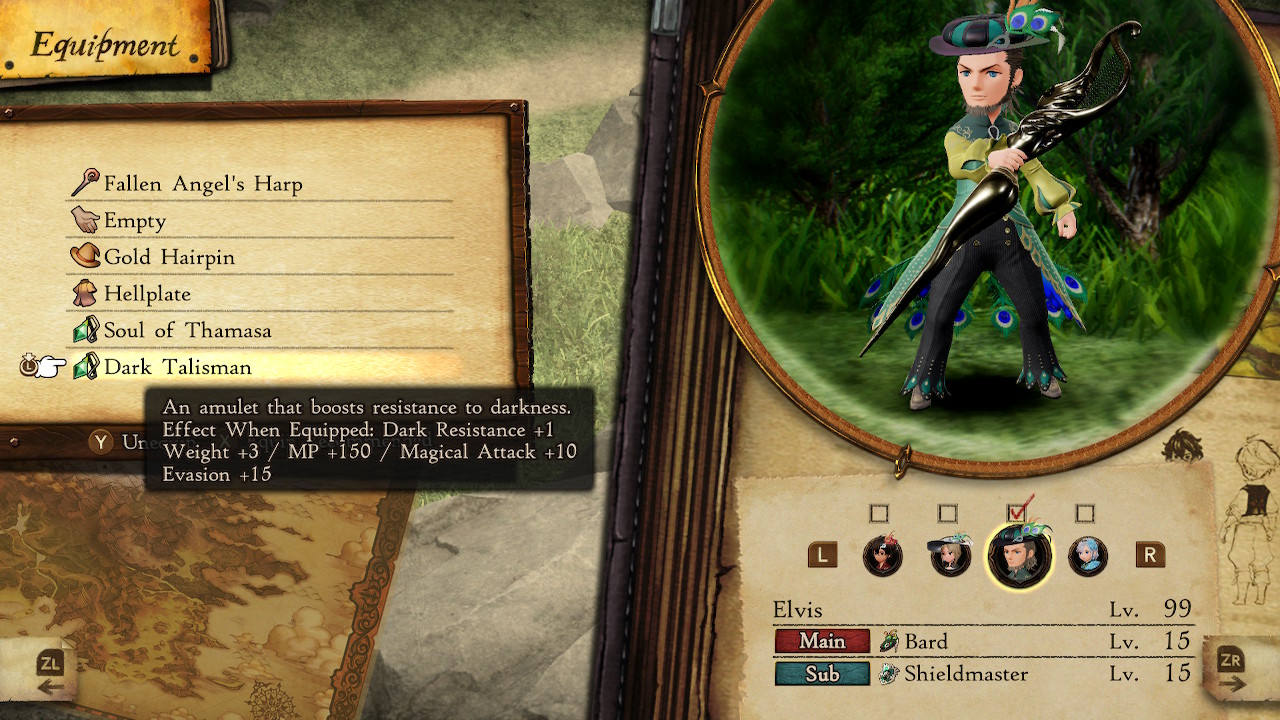 The Bravely Default 2 Bard Job weapon – The Fallen Angel’s Harp – will allow you to use all the Bard’s passive abilities without manually equipping them, providing you new and exciting ways to break the game. It’ll take some work and a whole lot of grinding to grab it, however, and you’ll need to reach Chapter 6 before you can even consider laying your hand on this musical staff.

The Bard Job weapon in Bravely Default 2 – the Fallen Angel’s Harp – is a drop within the Halls of Tribulation II trial, which you can locate alongside the other trial gates in our guide here. You have to beat Orpheus (Bard), Anihal (Beastmaster), Bernard (Thief), and Shirley (Gambler) in a tense battle for a chance to grab the Fallen Angel’s Harp.

This is a tricky battle. Each boss will have access to their full compliment of abilities, and they will actively assist one another, making the fight a genuine challenge no matter the difficulty. Realistically, you’ll want to be level 70 or higher with most Jobs leveled to 8 or more to stand a chance. The Hall of Tribulation II trial is accessible immediately after entering Chapter 6, but you may have to grind for a few hours to reach those plateaus.

The Fallen Angel’s Harp has a chance to drop at the end of the fight, and is considered a normal drop. The Giant JP Orbs are rare drops in this battle, so if you have the Gambler passive ability Rare Talent equipped you may want to disable it better your odds for the Bard Job weapon.

The Fallen Angel’s Harp may be the Bard Job weapon in Bravely Default 2, but you don’t have to be a Bard to use it. No matter what Jobs you are currently running, any character that has this Job weapons equipped will automatically equip all of the Bard’s passive abilities. Like other Job weapons, the Fallen Angel’s Harp allows you to truly break Bravely Default 2 in creative new ways. Be sure to check out our Bard Job guide to learn more about each of the passives on offer.