Through the power of music, you become stronger. 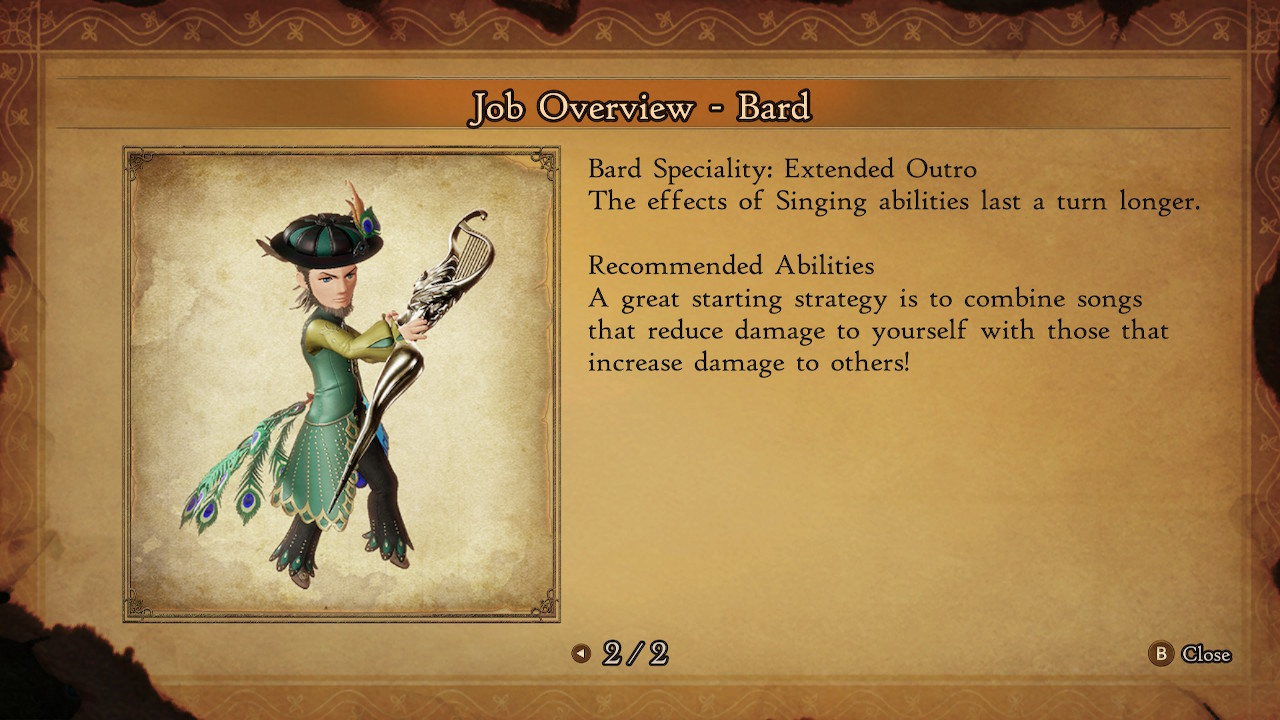 If you like buffing your team to absurd extends in Bravely Default 2, look no further than the Bard Job. These fabulous musicians are all about making your party as strong as possible. Or reduce enemies’ efficiency to ashes, through their AOE debuffs. Bards are a very solid Job to have in your party, and you can never go wrong with their Singing Command. If you believe this too, take a look in the following guide to see how a Bard can rock the whole field.

A Bard’s whole kit focuses on making your team as strong as possible. There is a certain simplicity to this ‘game plan’ that makes the specific Job a ‘pick up and play’ one, but if you want to really make the most out of it, it needs some work. The Bard is one of those classes that can truly shine when certain abilities and gear are accompanying the specific character, as its efficiency falls off a little later into the game. 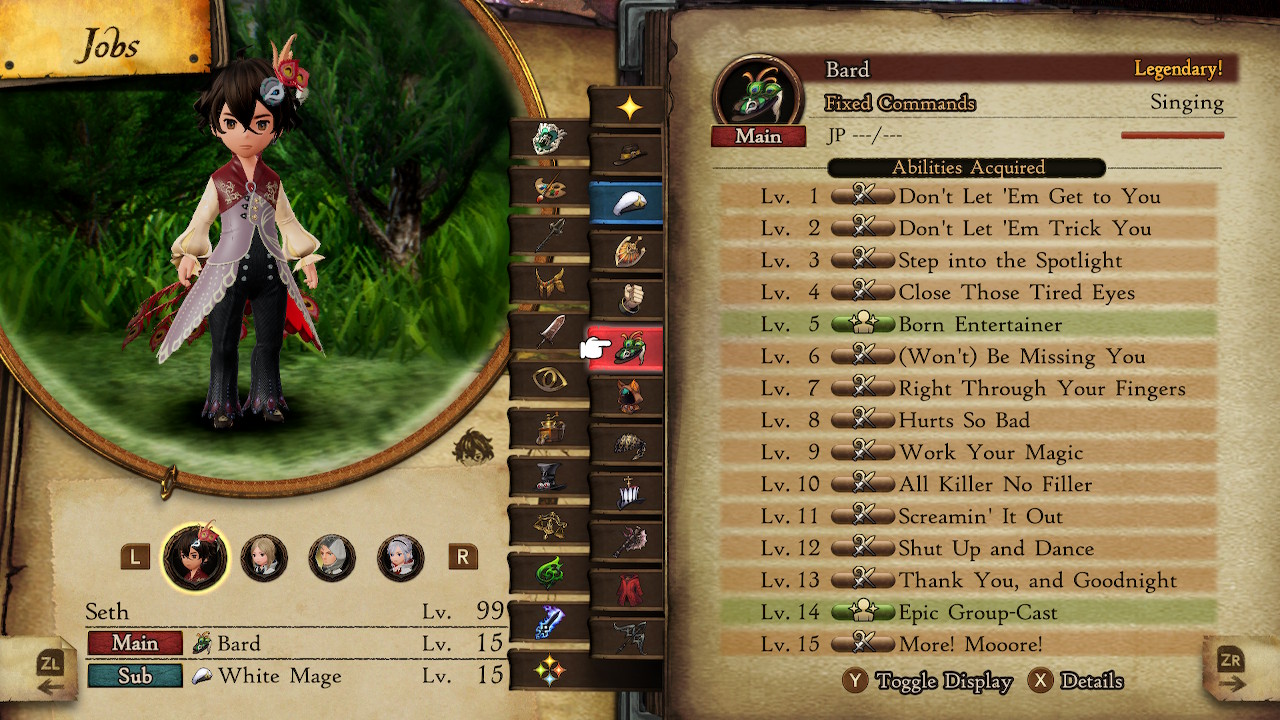 As I mentioned above, Bard’s usefulness in a battle kind of drops as you progress further into Bravely Default 2, then becomes relevant again when you reach post-game. That said, this is not due to the specific Job becoming worse, but rather because of technical issues. It sounds weird, I know, but let me explain.

All you want to do with a Bard, is to keep applying your AOE buffs to your team, and debuff enemies when possible. While this is something that can help the early game, around mid-ish progression, you will be start hitting damage caps without even the need of those mentioned buffs. For sure, they can help for keeping you alive by raising your defenses or evasion, but that is also something that can be covered by simply healing everyone constantly.

All this results to Bards losing a valuable spot in the team, with better alternatives for a while. Please focus on the ‘for a while’, since this Job’s utility can be increased again when you have certain requirements ready. For example, when you unlock the Hellblade Job, you now have access to the Surpassing Power ability, which lets you bypass the 9999 damage cap. This alone makes the Hurts so Bad spell relevant again, easily giving you access to huge amounts of damage caused. Additionally, the Limit Breaker ability in the Freelancer tree, is also something to look out for since it essentially lets you reach max stats in no more than 1-2 turns, while using the Bard in conjunction with his Speciality II.

As you see, the Job can regain its greatness when you have certain things unlocked, so it is without a doubt that Bards can stay strong in any occasion. They just need some investment and time, that is all. Lastly, I want to mention the fact that Bards have one of the most important passive abilities in the game tied to their max potential unlocked, which is the Epic-Group Cast skill. For the cost of only 1 slot, you can have your AOE attacks hit as hard as the single-target ones, without their efficiency being reduced. One enemy in front of you or even six, your Firaga spell will hit everyone for the exact same damage, as if it was targeted to a single creature. This is invaluable for both farming and  fast clears on rare monsters or end-game Bosses.

We now reached the end of this Bard guide, and the infamous Beastmaster will be our next topic for analysis, so if you are into some Poké- I’m sorry, monster capturing, stay tuned!