Bravely Default 2: How to Beat Galahad

Galahad resides on the top of Treetop Tower as the 3rd Boss of Chapter 2. 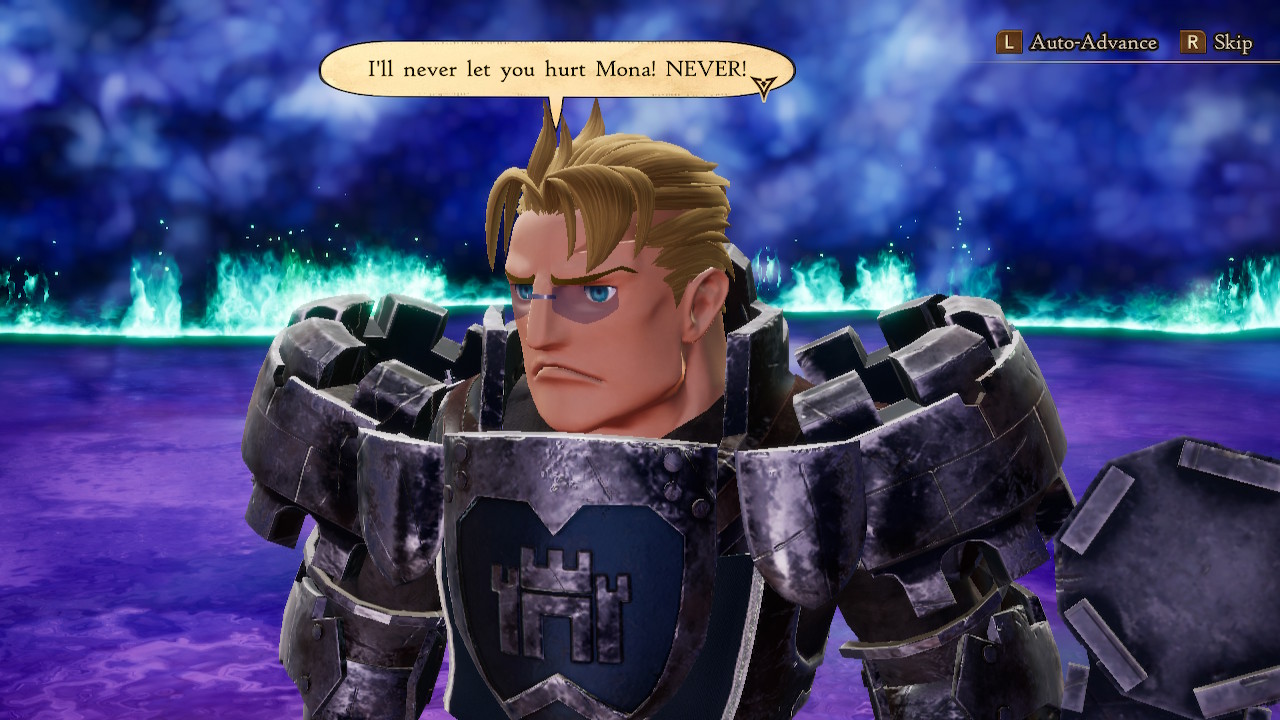 Bravely Default 2 has its fair share of Boss fights, and the 3rd Boss of Chapter 2 is Galahad the Shieldmaster, a literal walking fortress. If you’ve been following the game’s story, Galahad is another one of the brainwashed people around Wiswald, and he is actually the very first character we bump into, that acts weird. In fact, right when you visit Elvis’s homeland, Galahad attacks you and you start a battle with him. Of course, this fight is purely for plot reasons, so you can’t win it and ends after a couple of turns. Eventually though, you do end up fighting it out with Galahad at the top of the Treetop Tower, so let’s see how you can beat him.

How to beat Galahad the Shieldmaster

After the battle starts, you realize almost immediately that this is going to be a tough one. The reason why is because he has in his team every other Picto Demon that you previously fought against Roddy and Lily respectively. This means that every resistance and weakness they had carried over to this fight, in addition to Galahad himself and his own Demon, the Picto-Mona.

Galahad is weak to Light, Staff and Daggers, so your best bet is brining along a couple of Jobs that use these the most efficiently. Note that he is taking half damage from Earth, Wind, Spear, Bow and Swords, so avoid using these as with Galahad’s exceptionally high defense, you will barely be doing any damage. As I also previously mentioned, the two previous demons and one new one are joining the fight, bringing along their strengths and weaknesses. Mona who is the new demon, is weak to Light, Staff and Swords, while being completely immune to Dark, Thunder, Water, Fire, Spear, Dagger and Axes. 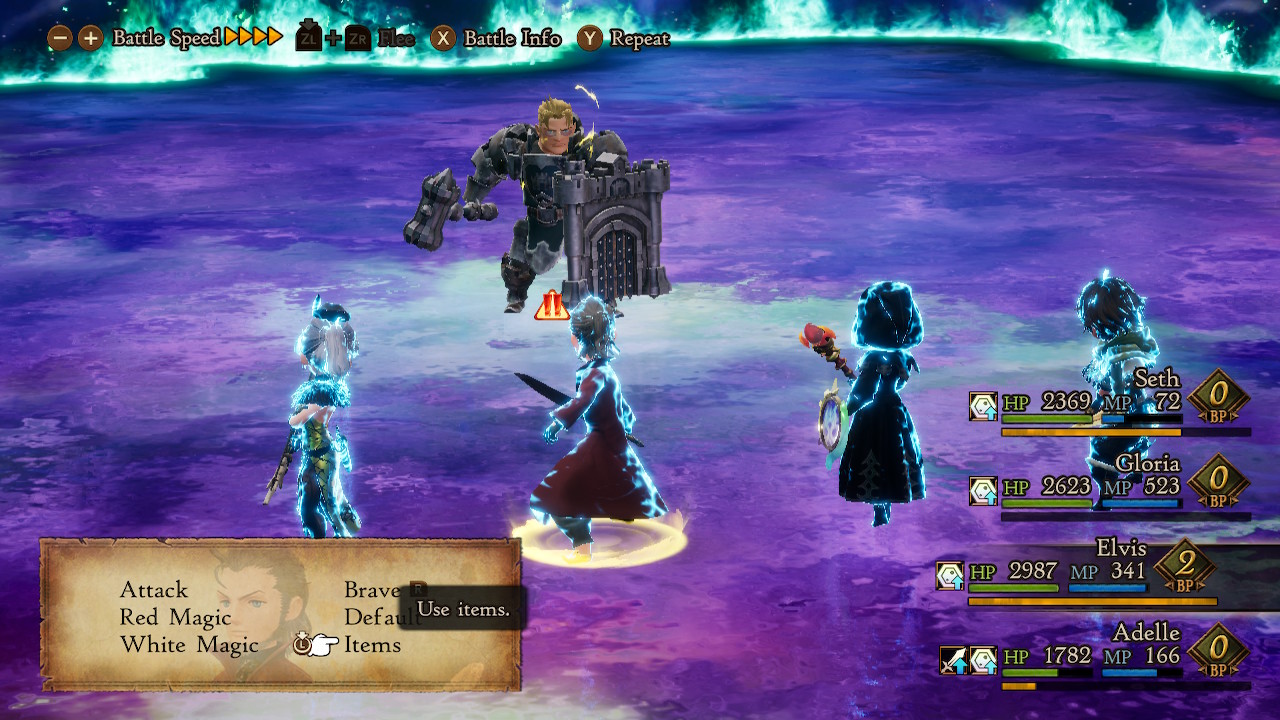 With all the knowledge needed to tackle this fight, start right away by taking down Mona, who is the healer of the group. We will be focusing single targets in this battle, as it would be hard to calculate AOE attacks with all these immunities going around. As she is vulnerable to Swords, I’d advise to have a Vanguard in the team to kill her very fast with Neo Cross Clash.

Next, the best bet you have is to aim Beleth, who is weak to Thunder and acts as the spellcaster of the gang. Follow the same method you used for taking him out, in the fight you had with him and Roddy. The same goes for Amrita, who is now standing as the sole Demon before you get to Galahad. As in Lily’s fight, physical attacks is the way to go.

With Galahad being alone now, there isn’t a single best tactic to use, other than burning his HP down little by little. He is very tough, so aim for his weaknesses or have a Monk in your team with their Bare-Knuckle Brawler ability equipped, to be able to hit him hard each time. 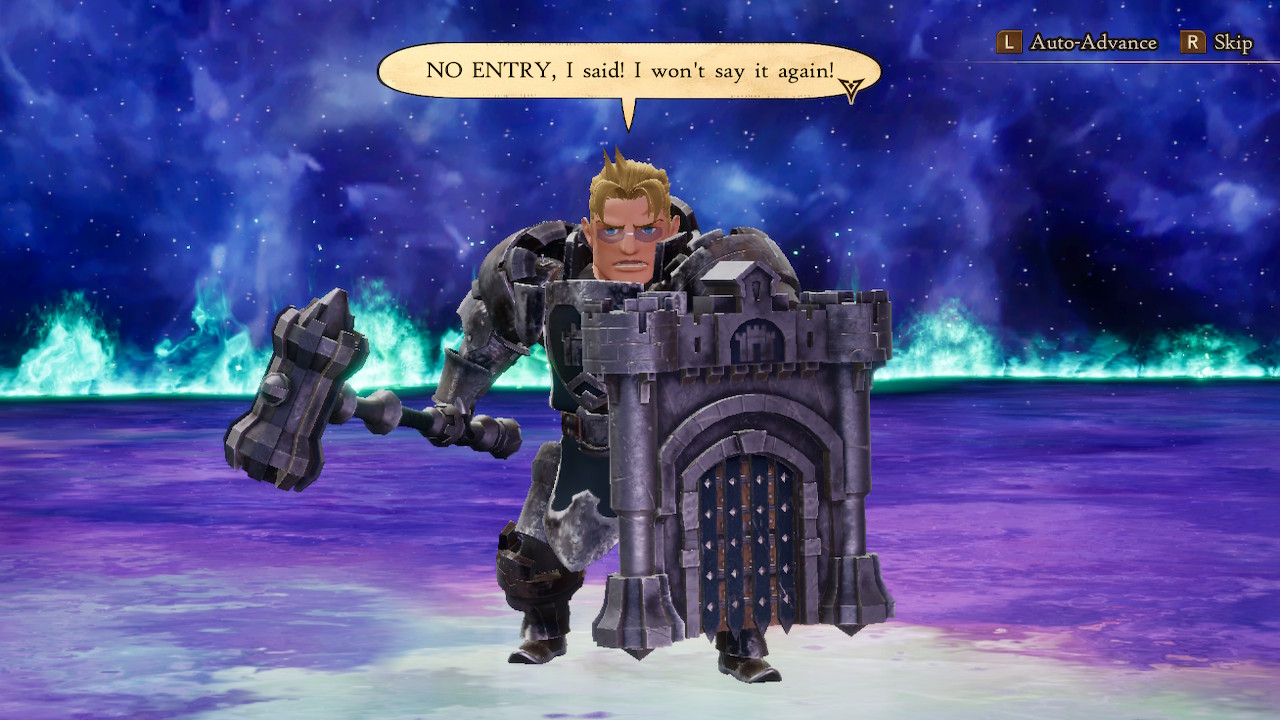 A couple of extra tips:

There you have it, everything you need to know and do for the specific fight, which is quite tough to deal with. Of course there could be more ways cheesing out Galahad, like with Beastmaster’s creatures or Gambler’s money-dependent abilities, but there haven’t been enough testing for now to have a solid method. As long as you follow all of the above though, you should be good to go and claim the Shieldmaster Asterisk.