Attacking or healing, a Red Mage is always there for you. 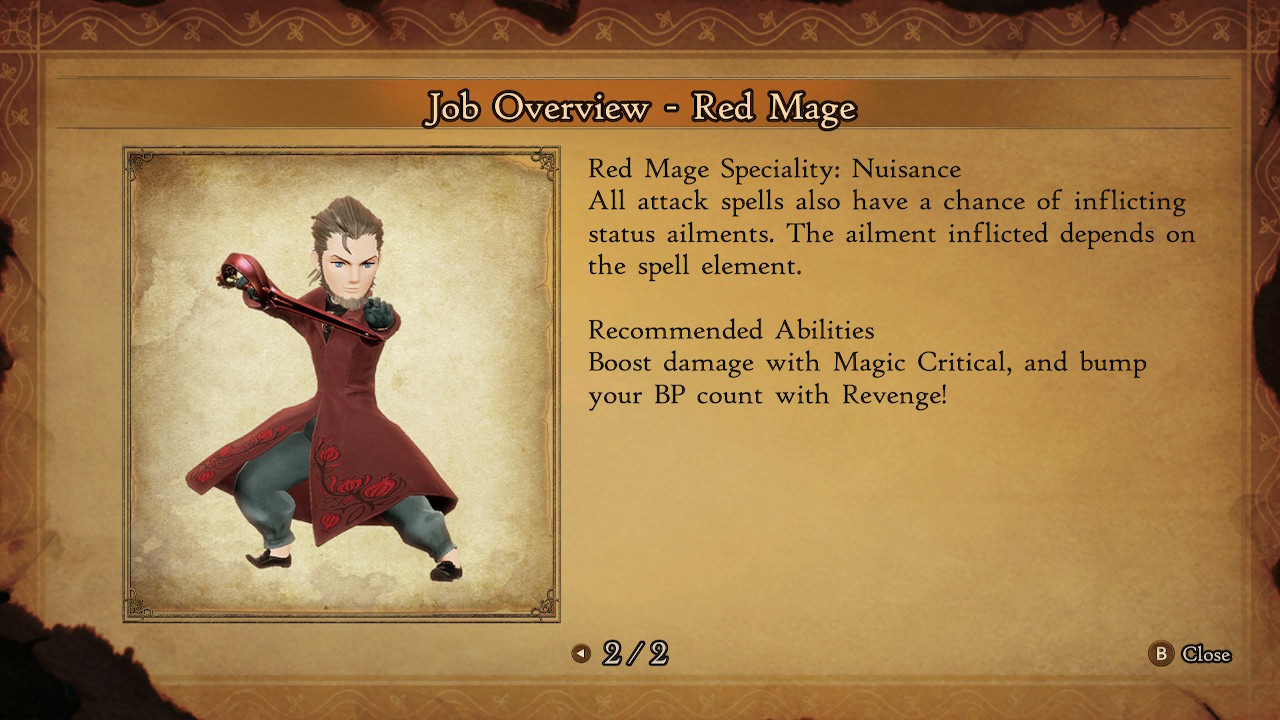 One of the most elegant Jobs in Bravely Default 2 would be the elusive Red Mage, sorcerers of both healing and offensive magic on equal terms. With their trusty swords and their trademark Chainspell ability, they are always a welcome addition to any team setup.

A Red Mage is always ready for any occasion, being able to both heal or act offensively, depending on the needs of the situation. In Bravely Default 2 they have the added feature of being able to cause negative status ailments, based on the type of spell they use. 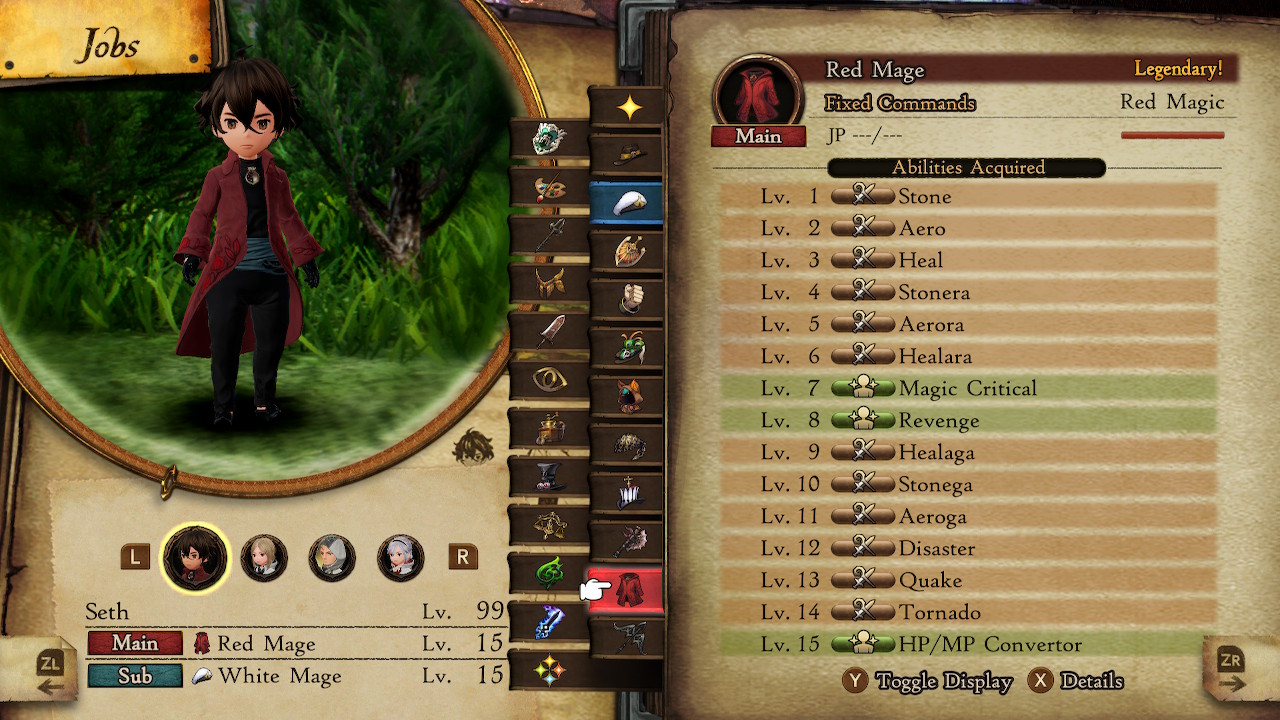 Whatever you want a Red Mage to be, he will be. They have access to healing spells, as well as their own elemental spells that Black Mages lack, of Wind and Earth element. Each element they cast it has chances of causing corresponding negative ailments, which to be honest, are not something to brag about due to the multitude of resistances Bosses tend to have.

That said, the magic prowess of a Red Mage is no joke, especially when paired up with their fellow Black Mages or Arcanists. They compliment each other extremely well, filling the gaps of one another’s. What makes red Mages so valuable though, is two things. Their mandatory passives, if you are planning on using a spellcaster for the long run, and their Speciality II, Chaincast. It literally enables the character to cast a second spell of whatever was chosen before, at no cost at all. The amount of different uses this Speciality has, is absurd. You can combo into a great amount of different spells, from all Jobs in the game. If you use 4 BP, you can literally cast 8 consecutive spells at the cost of 4. Additionally, don’t forget that this works for healing spells as well. Therefore, you can imagine how much of a great healer this Job can be.

I mentioned the Red Mage’s passives, since they are equally valuable as Chaincast. Both Magic Critical and Revenge are very efficient abilities, with Magic Critical in particular being a must for magic-based Jobs. Never go out for a battle without it.

A Red Mage can be either a main or sub-job, without a drop to its efficiency at all. Either supporting another Job, or taking the front seat, the Red Mage can always be helpful in any case. The Red Mage/Black Mage pairing is a very common one, until the very end of the game, so feel free to try it out or mix in a Bard or Arcanist, as both can be very effective too.

With the end of our Red Mage guide, a much more straightforward Job is next, namely the Ranger and his powerful physical skills.