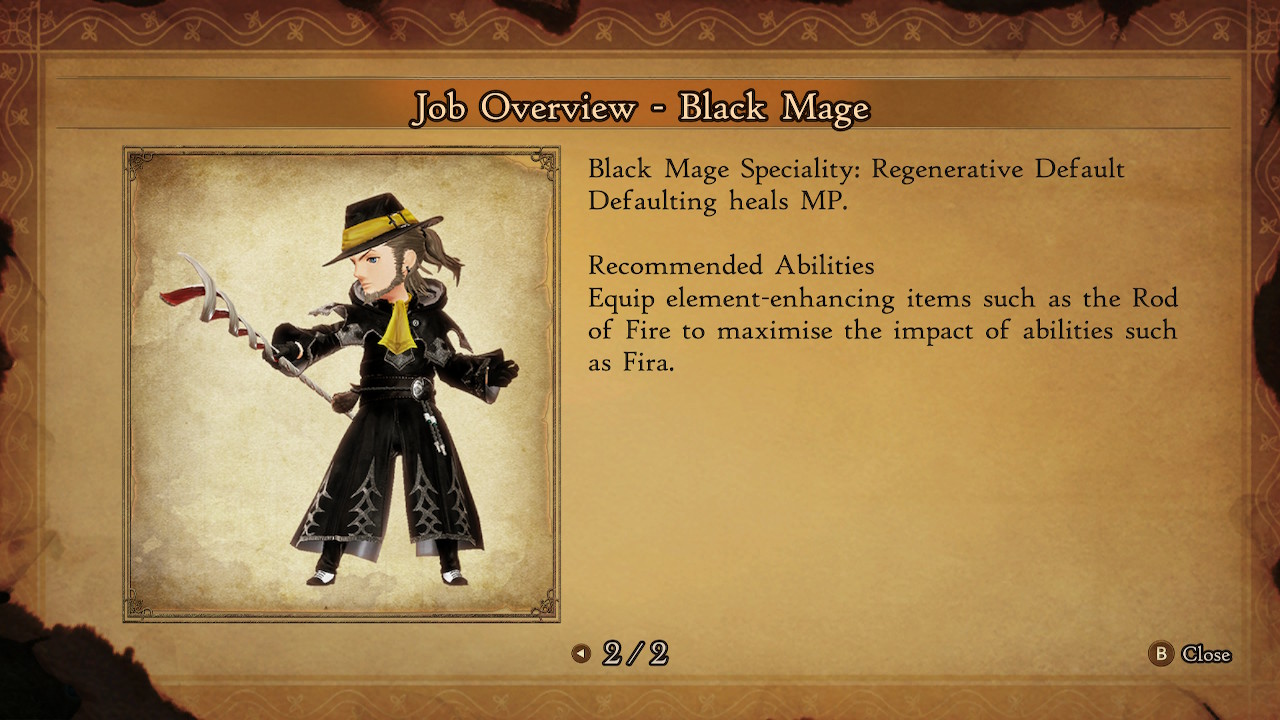 No other Job in Bravely Default 2 is better tied to Square Enix than the almighty Black Mage himself. A class as old as the company itself, Black Mages were always a staple to any kind of RPG entry Square Enix produced. In any form they were introduced, these powerful wizards were always capable of throwing destructive magic spells to anyone opposing them, with great efficiency. The purpose of this Black Mage guide is to take a look further into their whole kit and characteristics.

In Bravely Default 2, Black Mages specialize in taking advantage of the enemy’s elemental weaknesses, while keeping their MP up to keep bringing big damage numbers in. After they unlock their Speciality II, they can even bypass enemy immunities and resistances, which further enhances their role into the party. 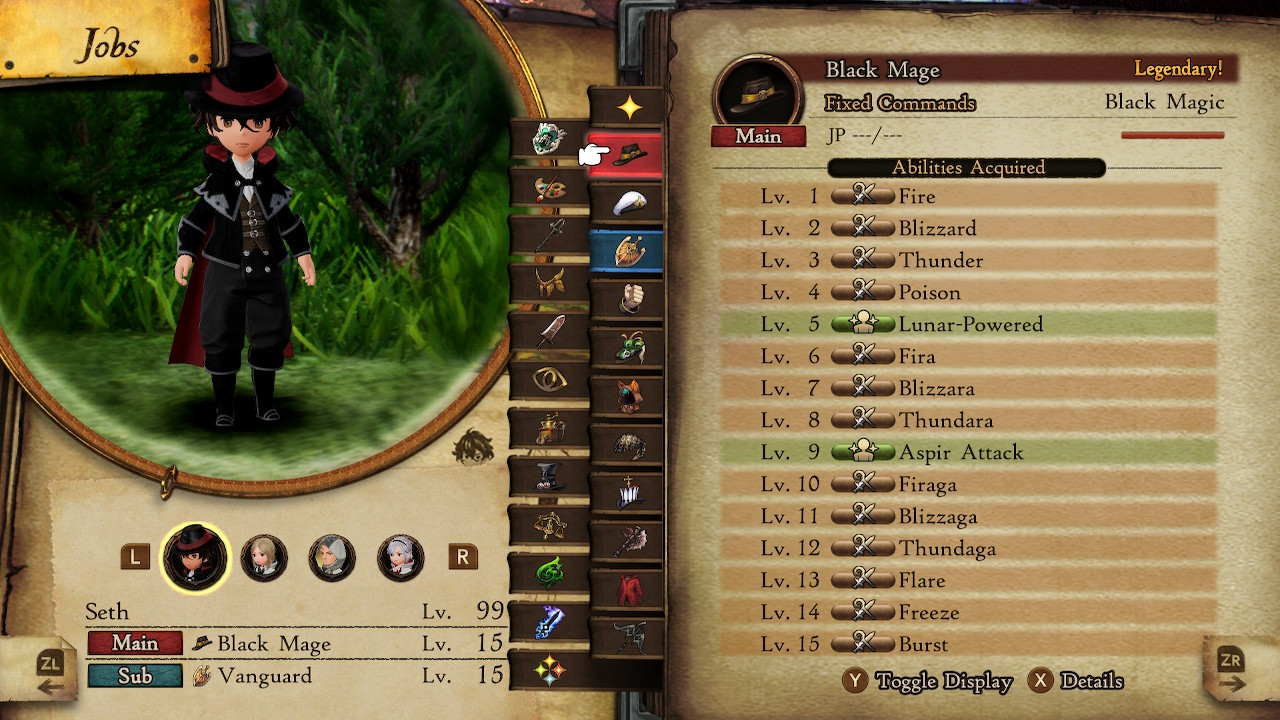 Similarly to the Freelancer, the Black Mage Asterisk is available right from the get go. That said, it is not to be underestimated at all, as this class can inflict heavy damage to any foe even later into the game. As you can see from their kit, Black Mages have a single role in the party. To cause as much pain as possible. That is both their advantage and drawback, as I’ll explain below.

Other than causing damage to anyone standing in their path, Black Mages can’t really do much more in terms of utility or supporting the party and they are severely lacking in both departments. In fact, even their passive abilities are heavily underwhelming with only the Lunar-Powered skill having some usage until mid-game. After that though, I can almost promise you that you won’t be using any of their passives to a Job setup/combo as way better alternatives do exist. Additionally, their unlocked potential doesn’t bring much more to the the table, other than three stronger versions of their already existing elemental spells.

Even so, Black Mages may be lone wolves as far as utility goes, but what they do, they do it well. That is destroying enemies in seconds. Not only their spells hit extremely hard, but with their High-Velocity Spells Speciality, you can hit every single enemy in the game even if they are immune to the chosen elemental ability. This is tremendously helpful, as you have no fear of selecting a spell, resulting to be able to cause constant damage to everyone. As you can imagine, this is very helpful with Bosses that tend to have a lot of immunities to various elements.

Black Mages shine the most when you pair them up with other useful Jobs, like the Red Mage or Arcanist. The first can let these powerful wizards to cast twice the amount of spells, due to the Red Mage’s Chainspell, while the Arcanist heavily buffs their already strong blasts. Also, it is suggested to invest to the Bard Job for a while to unlock their level 14 ability, Group-Cast. This way, your AOE attacks will cause the full damage of a single-target attack, which you don’t even need me to stress out how important it is.

With this we come to an end to this Black Mage guide and overview, and we will be focusing next to their polar opposite, the White Mage. Another fan favorite of Square Enix’s IPs.