Dress in white and get ready to be the team's most important pillar. 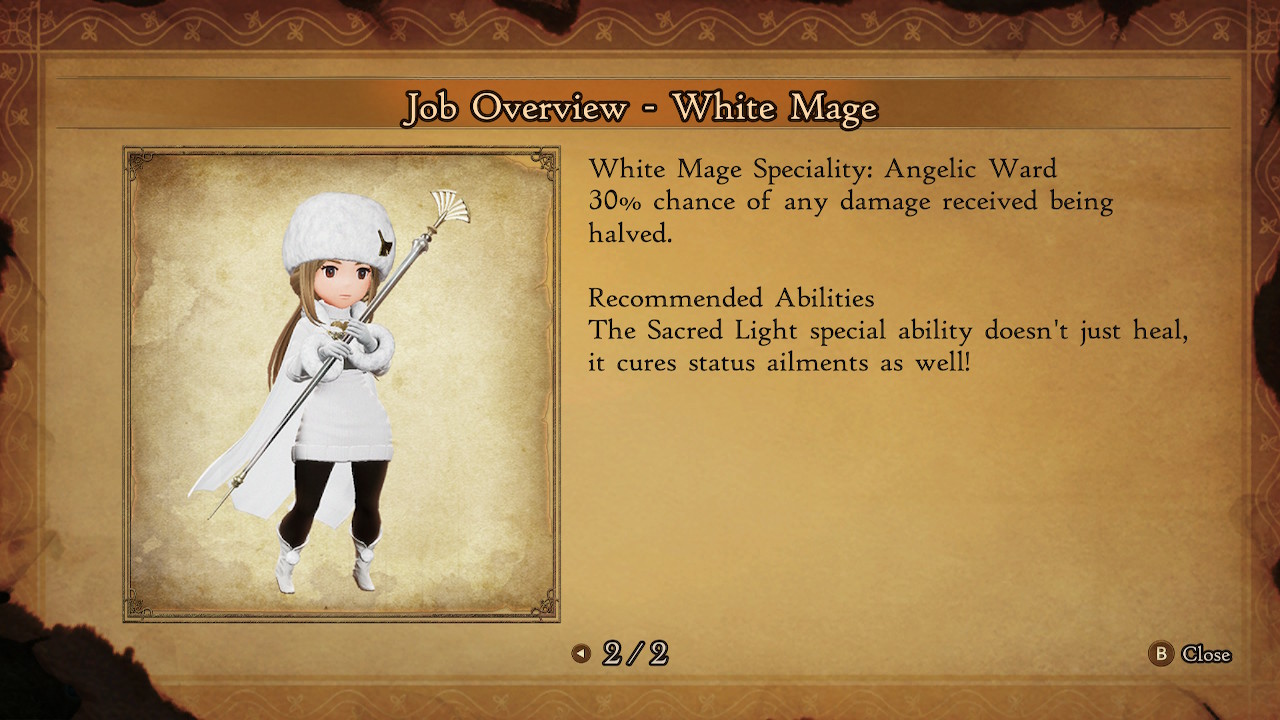 Being in the same boat as Black Mages, the glorious White Mage is another expected addition to the roster of Bravely Default 2‘s Jobs. Always there to help anyone in need, a White Mage is more than welcome to any party setup, acting as the pillar that holds everything together. Take a look at this White Mage guide, right below, to see more details about this great Job.

For anyone that doesn’t know, White Mages have one purpose. To keep everyone alive and healthy. There is no other Job that can even compare to their burst, big amounts of healing they do, as well as their key spells like Esuna and Raise All, that can restore the team back to their full potential in seconds. 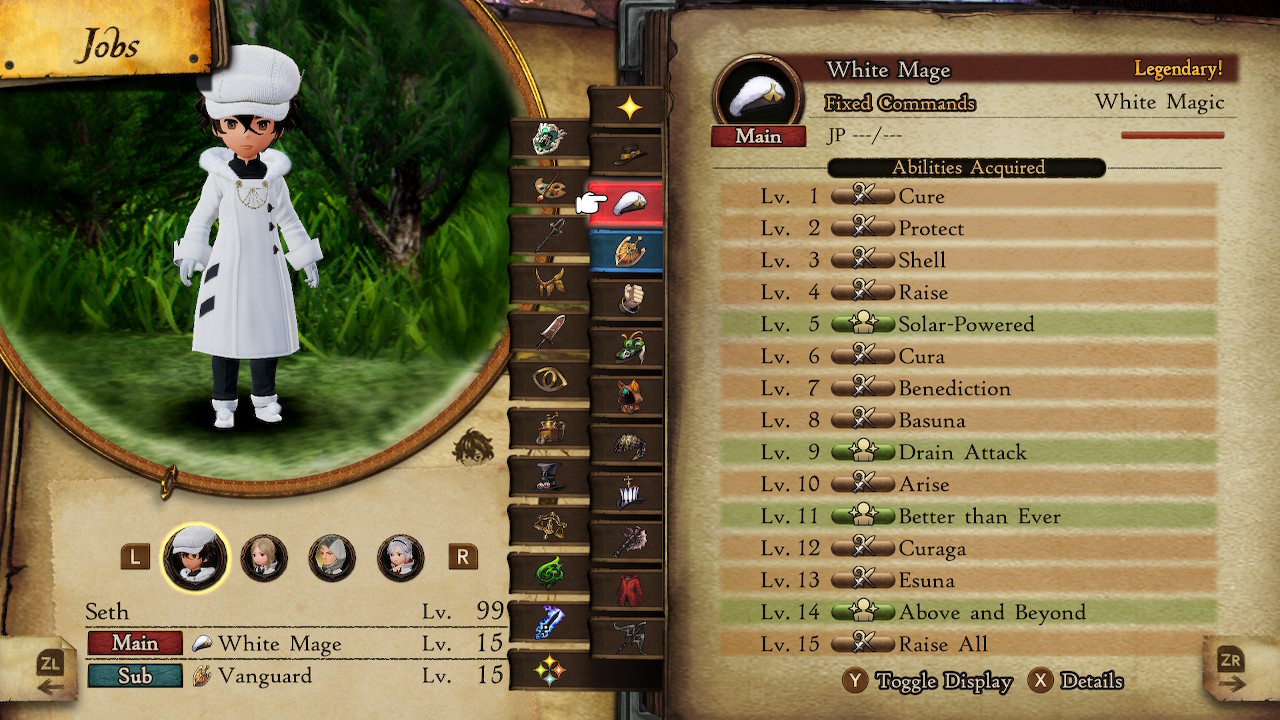 Without even exaggerating, White Mages are essential to pretty much any team composition, at least until the very end of the game. You can of course replace them with other support type Jobs in the game like the Spiritmaster and Salve-Maker who are great on their own, but I personally found the White Mage the most helpful of all in the end of the day. You can throw as many gimmicks as you want in a Job’s kit, but nothing can compare to the instant support a White Mage can achieve.

This is a class that barely has any complication or gimmicks, making it extremely easy to understand and use. You need HP back? Throw a Cura. Status ailment are plaguing the team? Go for Basuna or Esuna. Ultimately, is the whole party dead except your healer? Raise All is there for literally resetting everything back to normal. White Mages have a direct answer to anything that causes harm to your party, and that is the whole beauty of this Job. Immediate and efficient response.

Even if all of the above is indeed the case, there are still a couple of drawbacks. White Mages have literally nothing else to support the party with, other than keeping them up and running. They don’t have any buff or debuff abilities, nor any damaging ones to at least inflict some damage when your team is healthy enough. Not that they really need it though, as you can simply Default and stack up BP when that time comes, to eventually burst heal everyone in the team or use a couple of Ethers to keep their MP high.

The above shows that White Mages do need a good Job to pair them with, to fill the holes they can’t by themselves. On that front, they are actually really versatile as you do have quite a few options. The before mentioned Salve-Maker and Spiritmaster are some obvious ones, simply enhancing further the healing capabilities of this Job and also providing some extra goodies besides healing. The Salve-Maker in particular is good for increasing the character’s weight capacity, if you equip it as a main Job, and can boost your item efficiency, either for damage or healing support. Beastmasters are also an excellent choice, as they can cause huge damage with their beasts, without the need of gear investment. Therefore, you can focus on having healing equipment, but also being capable of dishing out a lot of damage when needed. Lastly, never forget their Speciality II when healing someone, as it essentially turns single target healing spells, to AOE. Letting them keep the single-target efficiency in the process, and making spells like Esuna to affect the whole party!

It is blatantly obvious that White Mages are a great Job to utilize until for pretty much ever, as their efficiency doesn’t drop even in post-game. Next time, we are going to take a look at the Vanguard Job, which is unlocked the same moment as the White Mage.