The Vanguard is a solid Job to choose, from the beginning to the end of the game. 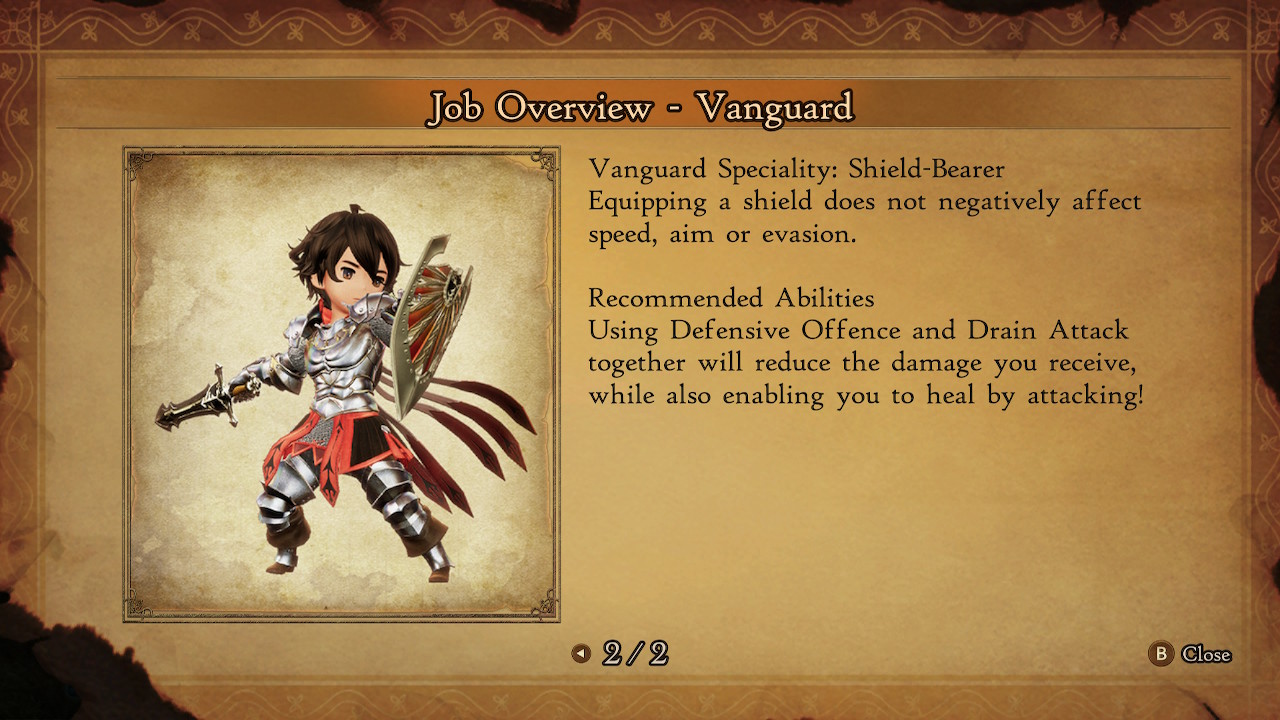 Bravely Default 2 introduces Vanguard, one of the first few Jobs you unlock, to pair up with the White Mage right from the get go. A supposedly tank type class with support coming from the back, the Vanguard is able to to keep the party alive by drawing all of the enemy attacks to him. With abilities that boost his shields, a sturdy and solid Job to keep around with you until the very end of the game. Let me also add though, that this is not exactly the case. Vanguards are indeed masters at keeping aggro to themselves, but the Job itself is not a defensive one, even if it seems so. I’ll explain to you exactly why, in this Vanguard guide below.

With their heavy armor, sword and shield, Vanguards are able to adapt in any environment. With a balanced kit of defensive and offensive abilities, you can’t go wrong with one of them in your team. As mentioned above, Vanguards tend towards defensive roles in the beginning of your adventure, but as you progress further and unlock more of their capabilities, you will realize they are able to dish out a lot of damage too. 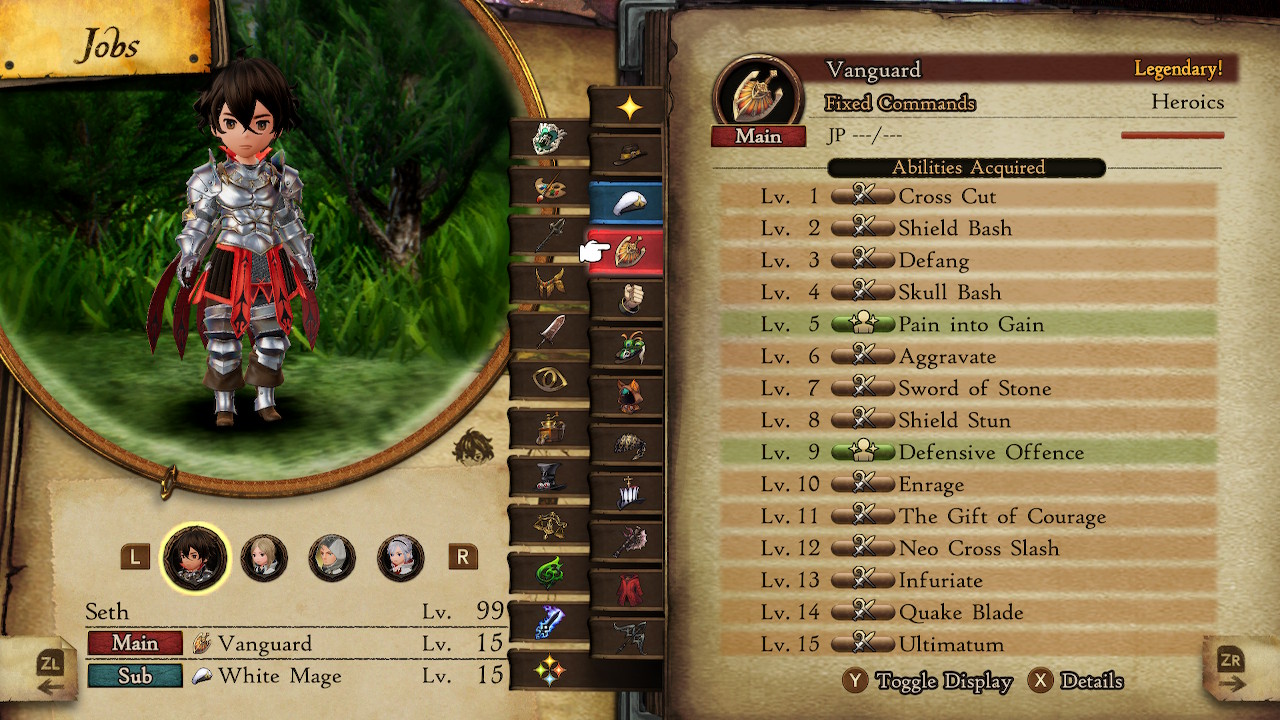 For the early stages of the game, your Vanguard in the team will be a solid companion for every occasion. You want to use them to draw aggro with their Aggravate ability, and you want them to be geared up with the best defensive equipment you have available. Their Neo Cross Slash should be your way to go in regards to damage, as it can hit very hard, twice.

Vanguards may look simple at first, but after checking every perk they have, you will realize they can become quite the powerhouses. In particular, their Attention Seeker Speciality is what makes them so strong, extremely early into Bravely Default 2. What it does, is that it increases your physical attack and critical chance based on your chance of being targeted. Which means that not only you can be the shield of your party, but also increase your physical prowess by being one.

In result, by wearing heavier armor and gear in general, you also increase your damage over time. Which of course in conjunction with his Shield-Bearer ability, this is easily achieved. This can make you reach the 999 physical attack cap very easily, while also having a very high critical chance. The best way to take advantage of such stats, is to pair the Vanguard Job with one that is based on offence, like the Ranger or Berserker. Your best combo though, would be to put as your main Job a maxed out Swordmaster, who with his Speciality II, can let you activate Vanguard’s Speciality II as well even as a sub-job, if you wield two weapons of the same type. This way, you will be able to use Swormaster’s very strong offensive skills and high speed and aim stat, with the physical attack stat at its maximum. A Bravebearer can achieve something similar, but I’ll leave this discussion for their respective section and guide.

A Vanguard can do well with literally any physical Job as a pair so don’t hesitate too much experimenting with loads of different setups. His unlocked potential to level 15 furthers adds to this, with a very strong AOE attack, an equally strong single target one and a better version of Aggravate. Overall, you can never go wrong by adding a Vanguard or two in your team, so feel free to do so, as you can even have different weapons equipped to each of them in order to cover enemy weaknesses.

Next up, we’ll be analyzing the Monk, a Job that is extremely easy to use, due to its high power without the need of investing on equipment.