Like White Mages, a Spiritmaster can keep your party alive at all times. 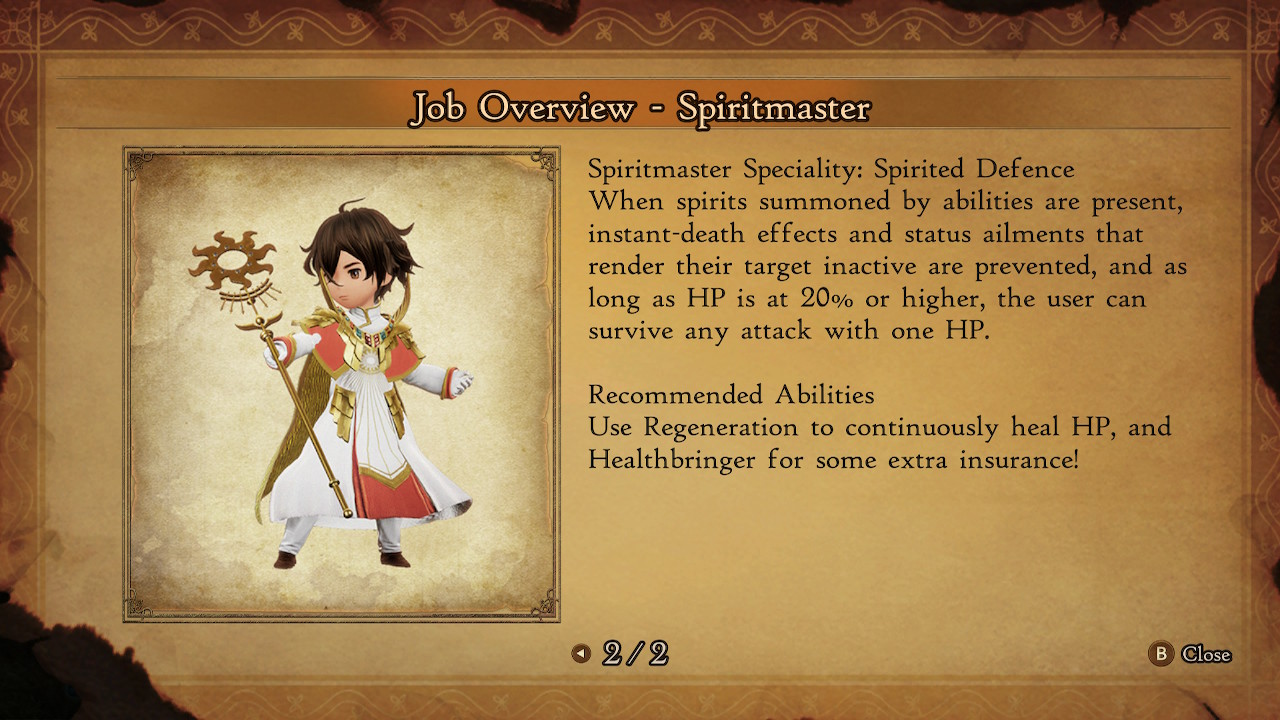 Support-type Jobs are always interesting to play around with, especially in Bravely Default 2 where you can create so many combinations, and Spiritmasters are proof of such a fact. In contrast to White Mages, whom they are often compared to, they rely on healing over time and unique effects, instead of burst amounts of healing and direct spells. Both Jobs are equal in regards to the support they bring in a fight though, so whichever you choose, rest assured you are in good hands. This Spiritmaster guide includes their whole moveset and some details in regards to their game style.

True to their name, Spiritmasters are able to summon spirits that provide various effects, from healing to recovering BP and more. They tend to need some build up when a fight starts, but when everything is set, you literally feel unbeatable with a a Spiritmaster at your side. 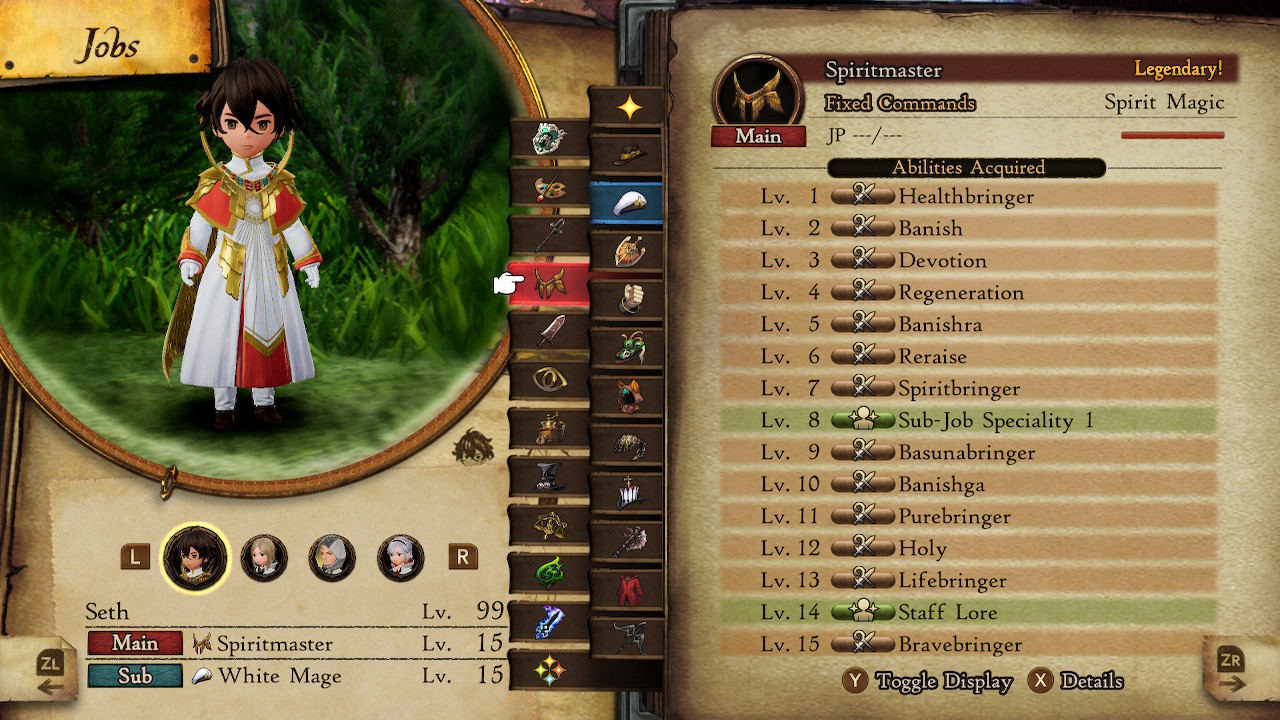 If you want the ultimate healer included in your party, you have only one thing to do. Pair a Spiritmaster with a White Mage, and you are done. White Mages are simple enough, with spells that provide direct and immediate support to anyone in the party. On the other hand, the Spiritmaster summons spirits that provide their assistance on turn intervals. While this may sound as inferior in paper, it is not since those spirits will provide their effects whatever happens to anyone in the party. This means that even if you are Silenced after you’ve cast your spirit out, it will cast its effects either way, for three turns. That said, it is always recommended to have some equipment on making the character immune to such ailment, like the White Veil accessory, so don’t rely too much on this fact. Additionally, a Spiritmaster has some Light based attacks, which the White Mage lacks, hence they are able to be a small offensive presence in the field as well.

Spiritmasters are also a great choice, due to their invaluable Specialities. I mean, it is almost a little unfair for some other Jobs, as both of their abilities here are simply too good. Their true power though relies on the second one, which makes every spirit you have access to, up to that point, to be summoned simultaneously in the battle. I can’t even stress out enough how big this is, and in conjunction with their Reraise skill, Spiritmasters can keep the whole team healthy at all times. The best way to take advantage of this, is to either have Speciality II of a White Mage enabled with Bravebearer’s Sub-Job Speciality 2, or just equip the Bravebearer’s Across the Board passive. Any way you choose, will make Reraise to be an AOE ability, casting it to the whole party with a single BP. As I mentioned a couple of times, a Spiritmaster can keep your party alive at all times, making it one, if not the best, support type Job in the game.

Spiritmaster’s passives are also nice, especially his Sub-Job Speciality 1, as it literally increases the amount of combos you can experiemnt with, significantly. Mixing it up with the before mentioned skill of the Bravebearer tree, Sub-Job Speciality 2, you can have a sub-job equipped with both of their Specialities activated. There is not much more to say, other than what is already mentioned about the Spiritmaster Job, as this is literally their selling point. An ultimate support-type Job, which if you want, could be paired up with any class you’d like, without any drop to its efficiency at all.

Another Job you unlock at the same time as the Spiritmaster, is the stance-user Swordmaster, which we will be looking at in our next guide. Stay tuned in order to check out what they are capable of.