With a sword in each hand, these offensive beasts can deal a lot of damage, very fast. 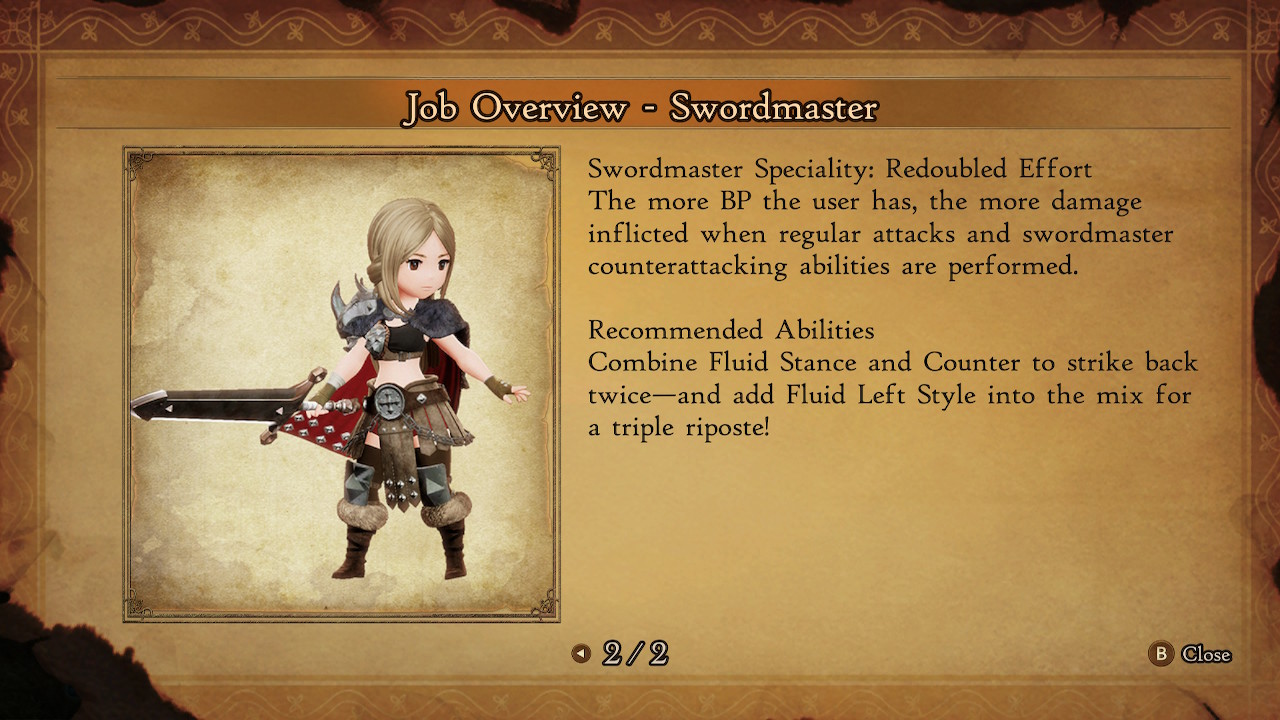 There is always a stance-user, somewhere to be found in any Square Enix game, and here in Bravely Default 2 this title goes to the mighty Swordmaster. Able to wield swords to their max potential and inflict some heavy damage to any opponent out there, these warriors are more than capable of carrying your party to some end-game content. We will see here in this guide what their kit has to offer, alongside the rest of their abilities.

A Swordmaster’s signature Command, Swordcraft, allows them to take advantage of a couple of handy stances, each providing something different to the battle. Solid Stance focuses on offense and spamming the Attack command, while Fluid Stance is there to provide support to the character, by countering or refiling BP. 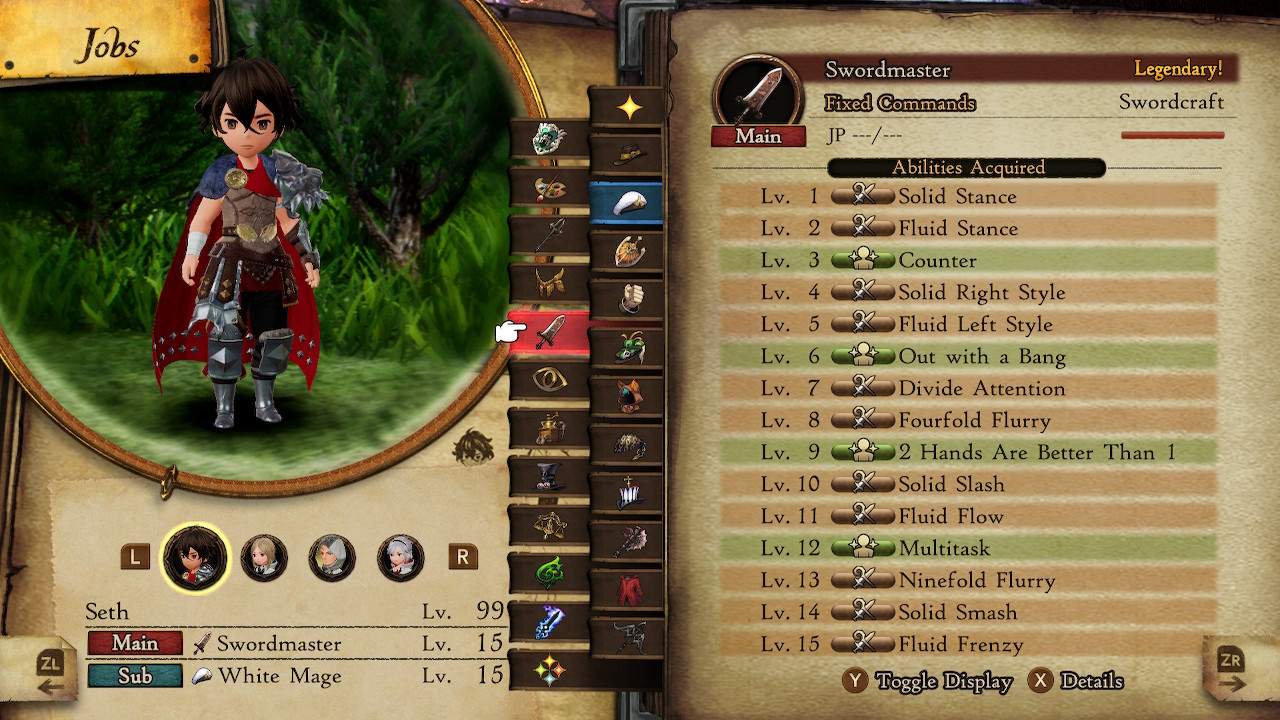 An all-out offensive Job, the Swordmaster is perfect for players who want to clear things fast and efficiently. They boast some good passives in their kit, with most notable being the 2 Hands Are Better Than 1 skill. If you are not part of the Dual Wield fandom, this is the skill for you, as it essentially boosts characters that have only one weapon in one hand, holding it with two hands in the process. Perfect for staff, bow and spear users, as these are the most heavy weapons in the game. Axes are also equally heavy, however axe users get more benefits by dual wielding axes rather than using them with two hands.

Swordmasters, as you would of course imagine, are great using swords as they have an S affinity with them. Oddly enough, daggers are also a very good choice for them, utilizing their high natural speed too. As this Job focuses on taking advantage of the various stances it has, it is almost a no brainer to use at least one of them in battle. In my opinion, the Fluid Stance does provide more benefits in the end of the day, throwing a helping hand in any battle. Feel free to experiment though, as both stances have their benefits, especially when you unlock the Job’s full potential at level 15, with two new stance abilities to use, and one heavy hitter we are going to talk about right now.

Fourfold Flurry is a great ability to use up until the mid to late game. It does exactly what it mentions, four consecutive attacks in one turn, to a single target. An already strong skill, that is heavily upgraded at level 13, where you now have access to Ninefold Flurry. Nine attacks on a single target, with one cast. This skill alone carried some of my toughest battles in Bravely Default 2, especially when paired with Bravebearer’s Across the Board passive ability, attacking the whole opposing group. With a weapon in each hand and every possible passive that enhances my physical attack, expect hundreds of thousands of damage with 4 BP.

Lastly, Swormasters have an excellent Speciality, in the form of Double Duty. By having the same type of weapon in each hand, you unlock BOTH of your sub-job’s Specialities. This is an insanely handy feature for a Job to have, as you can literally have two Jobs equipped, at their full potential. Make sure to equip the Dual Wield ability from Phantoms, two weapons of the same type (preferably swords or daggers), choose your desired sub-job and go nuts. I personally picked the Vanguard, as their Speciality II paired exceptionally well with the Swordmaster, capping my physical attack stat at 999, while also raising to insane amounts my critical chance. There is an absurd amount of different combos you can try for yourself, so give it a try.

And this brings us to the end of this Swordmaster guide. They are an excellent Job for everyone who likes attacking head on enemies, very versatile as well with many builds you can utilize, making them a heavily different Job than the one we are looking at next time, the Oracle. If you were wandering which Job has the infamous Haste skill, well, you found it.