Oracles can manipulate time and space. 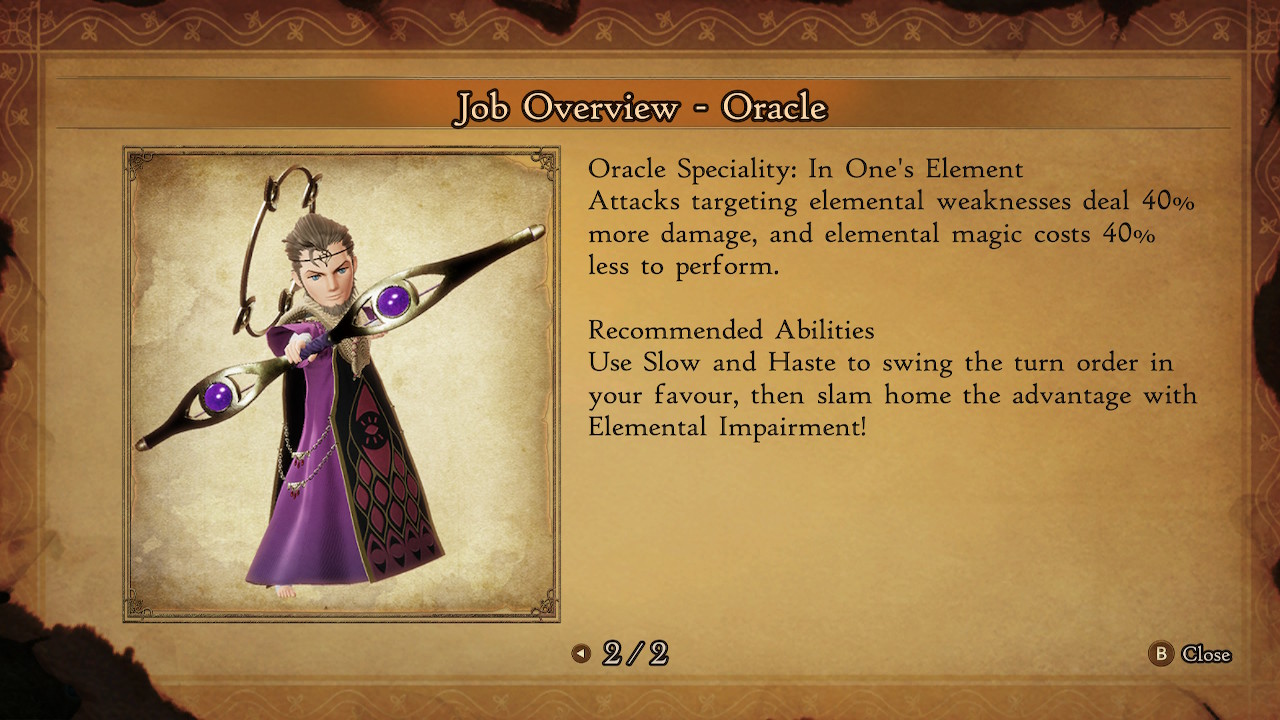 The Oracle Job in Bravely Default 2 is oddly simple, mostly used for enhancing our party and hindering the opposing one with time manipulating spells. Owners of the infamous Haste and Stop skills, the Oracle is a spellcasting, support-type Job, able to control the field or help its paired magic-Job to inflict huge amounts of damage. We are going to look at everything this class has to offer, in this guide below.

Let me start by saying this. Oracles are not a Job that can stand on their own. They are without a question a class that is supposed to help others achieve their full potential. Most of their skills focus on field manipulation, by controlling the party’s speed and status, or hindering enemies by reducing their efficiency. 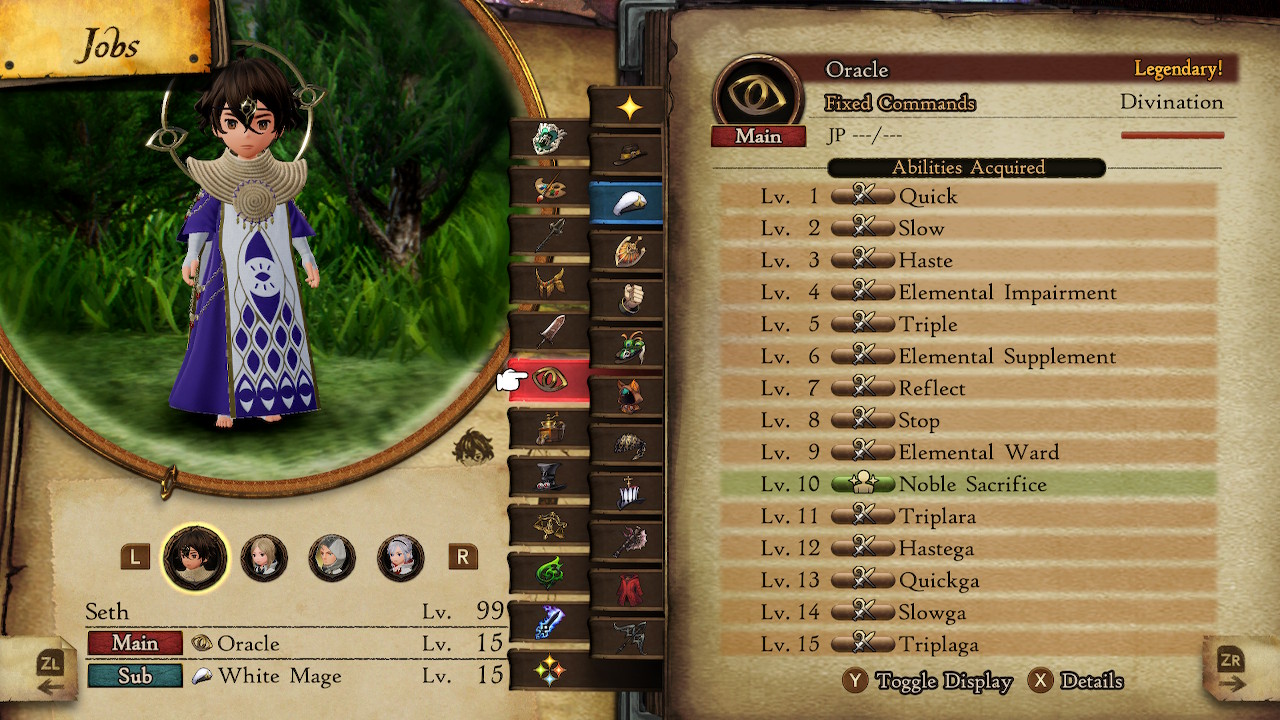 As we mentioned above, an Oracle’s purpose is to make another paired Job the best they can, while providing support through their spells. Both of the two Specialities this class has, further support this claim and they also show that Oracles’ targeted group is magic focused Jobs. That said, don’t let this discourage you from mixing an Oracle with any other Job you want, even physical ones.

The Moonlighting Speciality makes this possible, as it gives you the stats and weapon affinities your sub-job has, making the Oracle able to wield and use a lot of unexpected weapons and skills. For example, A Swordmaster can unlock both of the Oracle’s Specialities with his own, hence gathering stats from both Jobs, and the added bonus of being able to cast Haste, Stop and other helpful abilities. You can achieve something similar with the Bravebearer’s passives, so feel free to experiment with whatever Job you want.

Since we mentioned passives, the Oracle only has one passive in its kit, but it’s a very significant one. Noble Sacrifice is in essence, an automatic Raise All from the White Mage’s tree, whenever the character equipped with it dies. What you can do, is to either equip it to everyone in your party, so you can completely avoid team wipes, or simply keep it to one person as an emergency button. Trust me, it’s more helpful than it looks when you start fighting the game’s stronger bosses in post-game.

Overall, Oracles are a very interesting and versatile Job, able to bring a lot to the table. Haste, Stop, Reflect and every other spell in their kit has its usage, they are efficient, and pairing the class with others literally raises it to new heights. And with this, we reached the end of our Oracle guide, and we will continue futher in our next one, with the second optional Job of Bravely Default 2, the Salve-Maker.