Stock up on consumables, as you will need a lot of them. 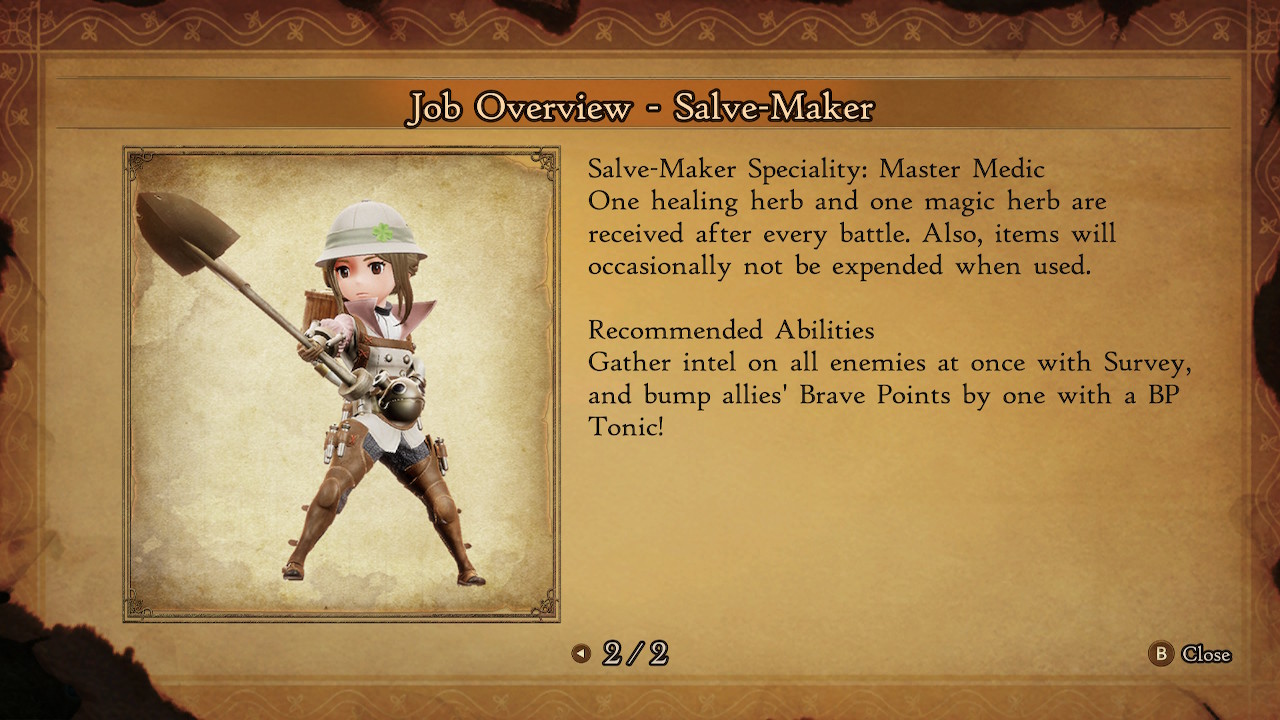 In Gambler’s nature, the Salve-Maker is an optional Job you can find in Bravely Default 2, but no less useful than all the others you find through the story. In fact, they are a great support-type Job, much like the Oracle that we discussed in our previous guide. In contrast to them though, Salve-Makers are not fan of casting spells. They prefer using the player’s consumables, from within the inventory. Let’s talk about this and more in our Salve-Maker guide.

Salve-Makers are the only Job in the game that specifically take advantage of the gathered items from your adventure, or whatever you bought from the shop. Their Compounding skill is their signature ability, which makes your character pick a couple of items and mix them to create one, way stronger item to use in battle, that being a healing item or a throwing projectile to inflict damage and other effects. 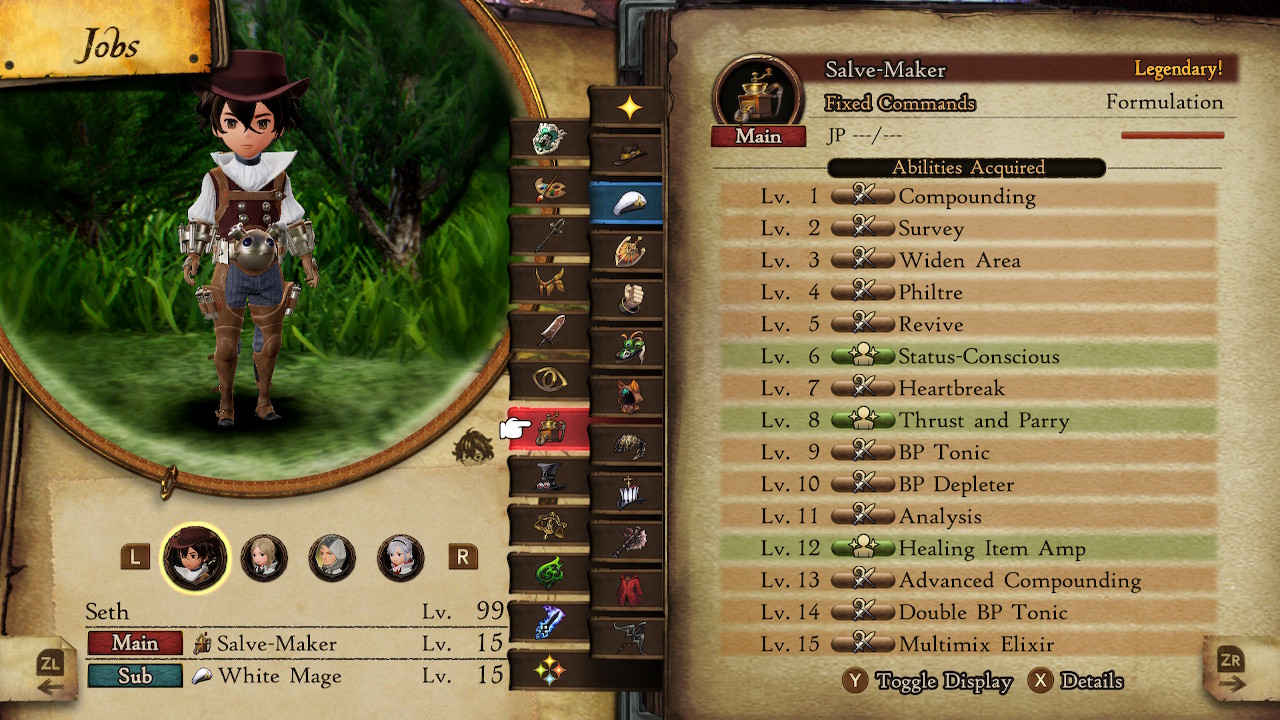 As you would imagine, if you decide on using a Salve-Maker, you better stock up on potions and ethers as you will need a lot of them. Their gimmick is to fuse those items to better versions of them, resulting to absurd amounts of healing and support over the course of a battle. I mentioned healing, since that is what they are best for. They can provide the same amount of burst healing as a White Mage, when equipped with the correct passives and their unique Specialities. Advanced Compounding lets you fuse three items instead of two, further improving this item-fusing feature.

While Compounding should be the number 1 reason you want to use a Salve-Maker, don’t let this distract you from the rest of their very handy kit. They have great passive abilities, with Thrust and Parry being one of the best, if not the actual best, defensive skill in the game when you dual wield, essentially reducing the overall damage you receive by 50%. Any character in your party that is dual wielding, should have this ability all the time equipped. By doing so, you will realize you can wear much lighter armor, with greater effects than heavy armors tend to have, but have the same defensive prowess.

Salve-Makers are packed with handy abilities. Almost every single one of them has its uses, and all they need to pair them with, is what you lack the most in your team. If you decide using a White Mage as a sub-job, which pairs very well with them, make sure to enable their 2nd Speciality through passives like the Bravebearer’s Sub-Job Speciality 2 passive skill. This will let them used Advanced Compounding to the whole team. Which in result means, you can use Elixirs and their upgraded versions to the whole party, which will refill their HP and MP back to full. If this isn’t something tempting, I don’t know what is. If you decide going the more offensive way, make sure to have the Thief’s Attack Item Amp ability equipped, as it is mandatory to make items do significantly more damage.

There is no shortage to Job combos you can do with a Salve-Maker. Easily one of the most versatile Jobs in the game, and with efficiency that never drops until the very late post-game, this class is one of my personal favorites. The usefulness they bring to a fight is undeniably huge, and I would advise to unlock them as soon as possible, which is at the very start of Chapter 3.

As this Salve-Maker guide comes to an end, we will be finally be looking at the Job Asterisks that the Generals of Holograd hold, starting with the impervious Bastion.