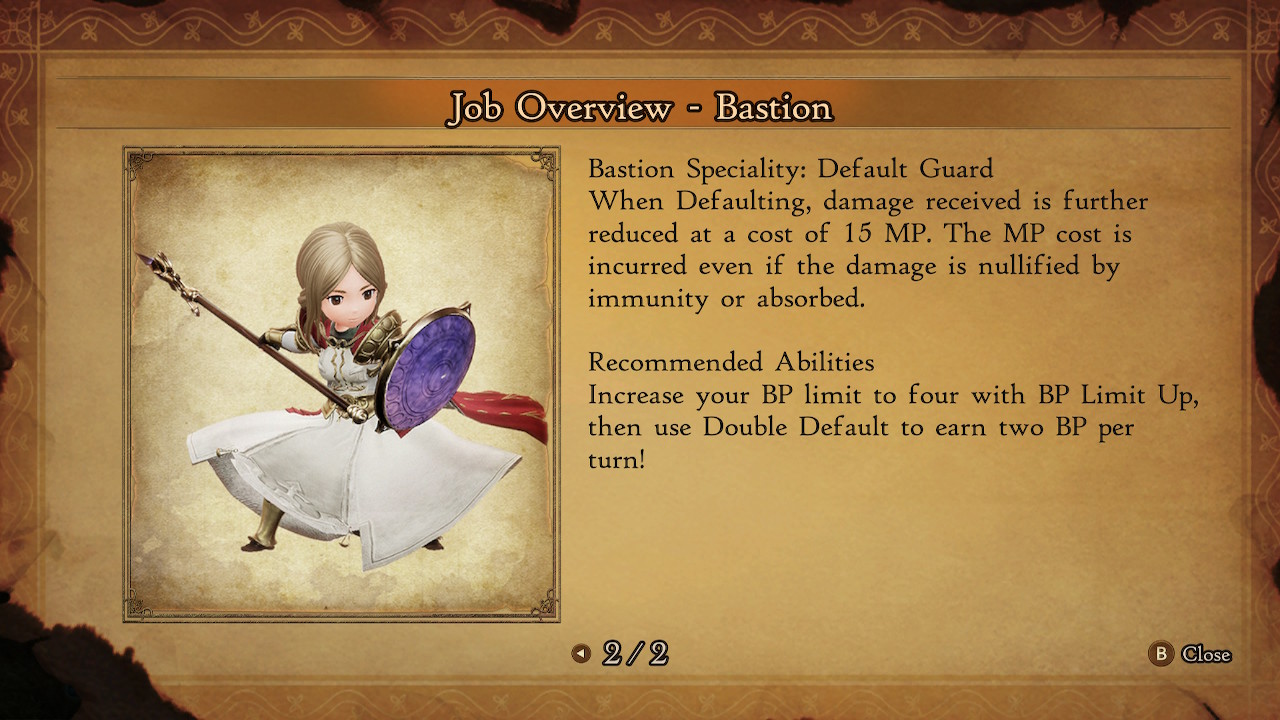 The proud and honorable Lonsdale was the Bastion Asterisk Holder in Bravely Default 2, until you defeated him in battle and claimed the Asterisk for yourself. By unlocking this sturdy Job, you now have access to a rather under looked class, but with great passives to use and interesting abilities. We will analyze everything a Bastion offers, in this guide here.

Being a defensive Job at first glance, you’d be surprised with how offensive a Bastion can be. The whole gimmick of this Job is to balance both defense and offense, depending on the situation. 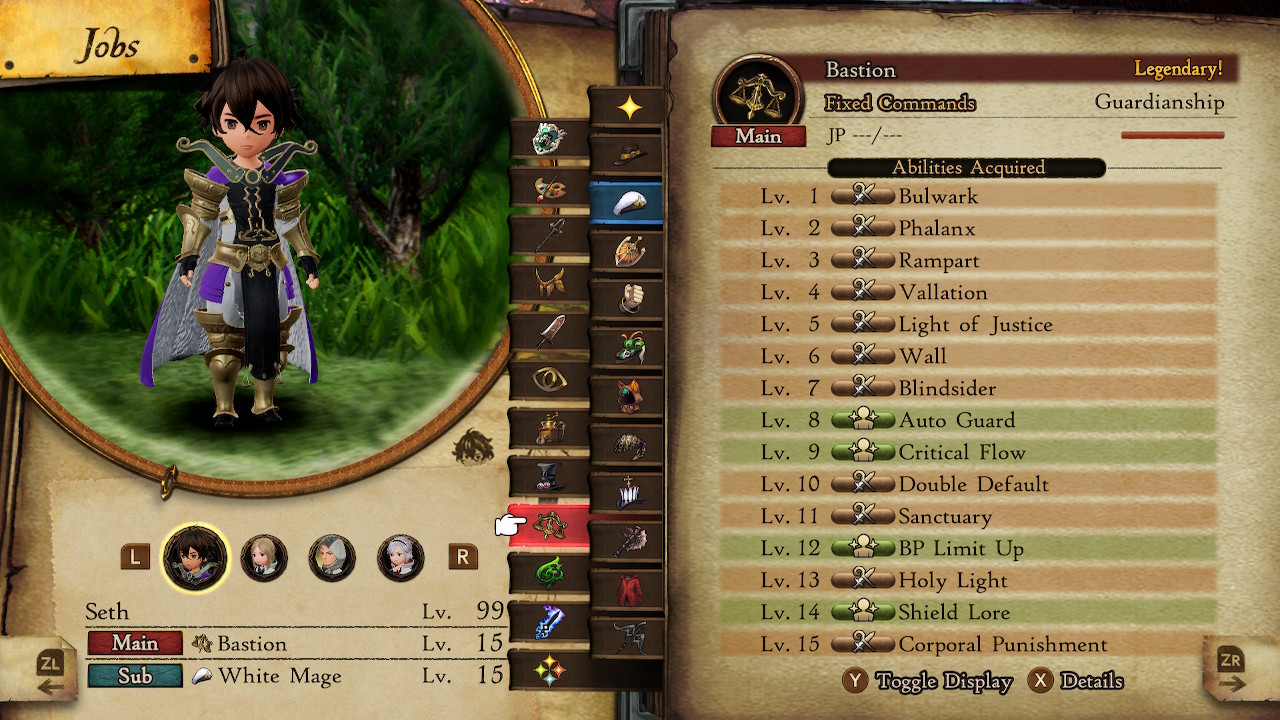 Bastions have three things going on for them. One, it’s their undeniably powerful defensive presence in the filed, with abilities like Rampart and Vallation. These two skills alone can prevent a team wipe at all times, therefore it’s a no-brainer to use them if Bastion is a Job you include in your party. Next, we have their physical prowess, which is nothing to laugh at with skills like Corporal Punishment and Holy Light, both hitting enemies very hard. Lastly, Bastions are one of the best Jobs to control BP flow, constantly within the fight. Not only the have numerous skills that help with this, but both of their Specialities focus around BP income as well. Master strategists and leaders indeed.

Next, we have what I believe their most important aspect, their passives. They have four, but two are extremely valuable, especially in end-game. Critical Flow and BP Limit UP are irreplaceable in regards to the utility they provide, with one providing BP each time the character critical hits, with the other increasing the max amount of BP you can amass, to 4. As this is the only way you can increase that cap, and since in post-game you will be able to regain BP with a multitude of ways, in conjunction with Critical Flow, having 4 instead of 3 max BP is vital, and increases your overall DPS in the process.

Having great affinities with a lot of weapon types, Bastion don’t limit you at all with what weapon you can choose to fight. They of course specialize in spears and shields, but if Bravely Default 2 taught us one thing, is that any Job can use any weapon and still be efficient. The same goes for Bastions, but having ready some good affinities, really help this Job to focus on increasing other aspects of their build.

Main and sub-job wise, Bastions are also very versatile with a great number of Jobs pairing well with them. You can even follow a ‘paladin’ like route, mixing a Bastion with a Spiritmaster or White Mage, and the results will still be oddly good. Or, you can go overkill in terms of BP acquisition, and combine them with the Bravebearer who also specializes in gaining mass amounts of BP in a few turns.

Bastions and the rest of the Asterisks the Generals of Holograd own, are great Jobs to mess around with. As you would expect from the end-game Jobs you unlock in the game, with Arcanists taking the spotlight in our next guide.