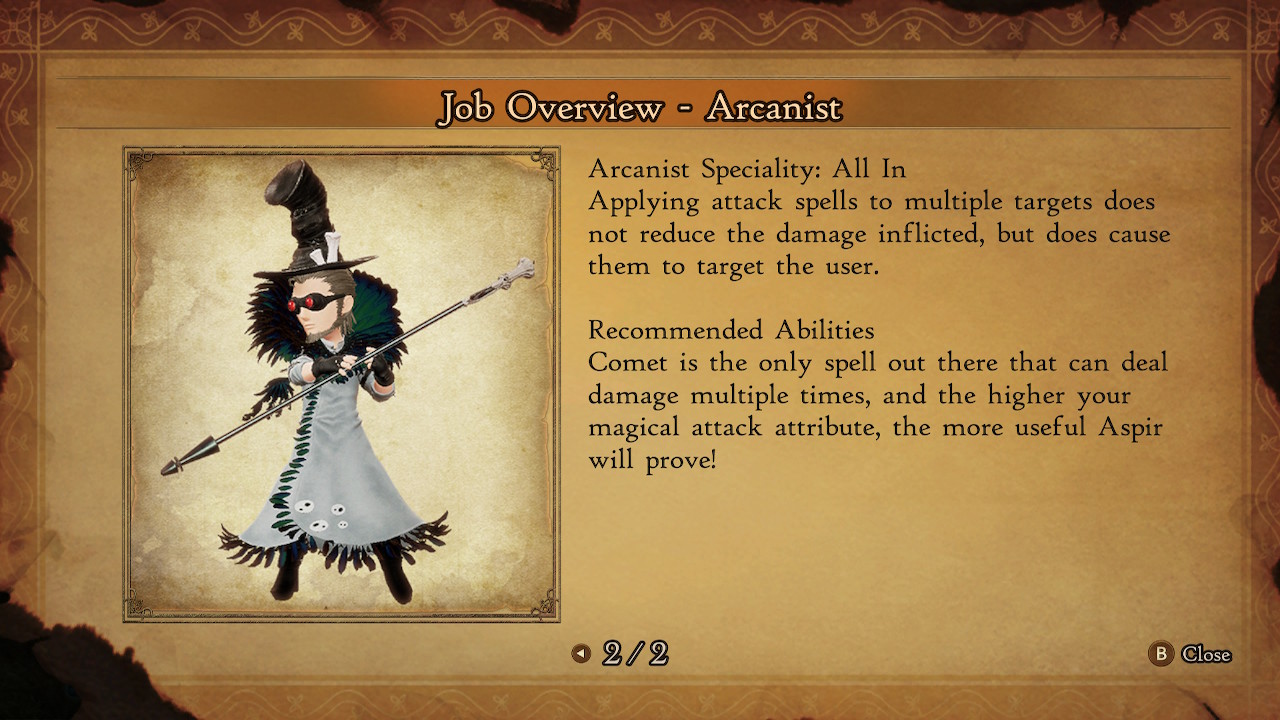 In the same fashion as a Black Mage, Arcanists are powerful sorcerers who are able to demolish waves of enemies in seconds, even in Bravely Default 2’s post-game. You do unlock them quite late into the game, but there is enough content afterwards to complete and witness their astonishing power. That said, they do come with a couple of drawbacks, that may feel a little troublesome to deal with. Let’s see everything I just mentioned and more, below in this guide.

Arcanists are very simple at their core. They stack damage upon damage, to reach absurd amounts and defeat enemies with ease. However, they do manage such a feat with some sacrifices. 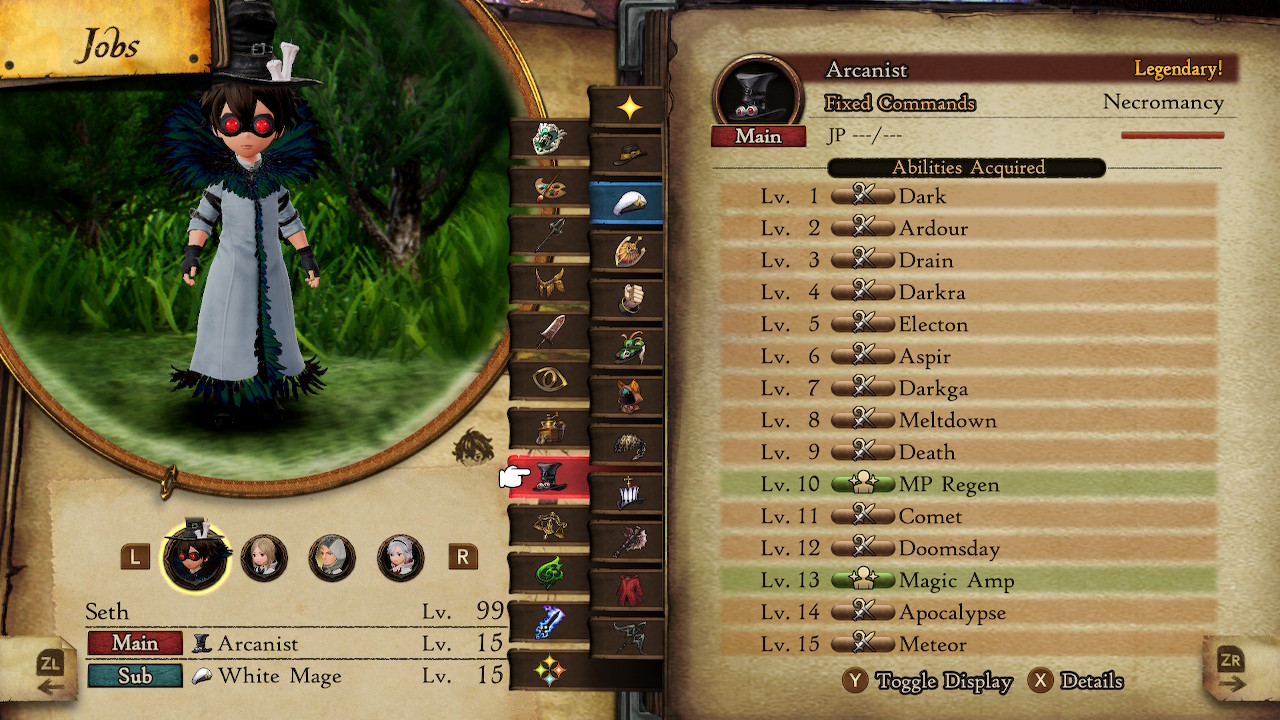 It is clear and without a doubt that Arcanists are all about damage, and nothing else. Their Job is simple, inflict the most damage possible, the fastest possible. I say fastest, due to their strikingly annoying gimmick of their kit, of losing HP after causing a lot of their spells. Almost all of their strongest magical attacks and their Specialities as well, require you to sacrifice the character’s or the party’s HP, to be able to deal such big amounts of pain.

If I were to be honest, I’d say Arcanists is the worst Job in the game, but not due to not being powerful enough or not being good at what they do best. I claim such a fact due to how difficult it is to actually use an Arcanist. You need to constantly manage their HP, alongside with the rest of the team, just to be able to cast their abilities without dying. That alone is more of a chore than a gameplay gimmick, ending up being quite annoying and troublesome in the long run. I’d rather sacrifice some of their damage (although it is a lot indeed) by using other mages in their place, but not having such a hard time maintaining them.

Even if all of the above is said, don’t take me wrong. Arcanists still remain exceptionally powerful, and they have some really nice passives to take advantage of when choosing a build for them or any other MP heavy Job. Well, at least one of them, as the Magic Amp skill does the exact opposite, but it is a must for any magic damage-dealing class you want to use.

As you would imagine, Arcanists pair well with other wizards like the Black Mage or the Red Mage, but again, it is hard to keep them alive if you decide using their spells. If you are however in the mood of playing around with them and setting up your party accordingly to support them, you are in for a treat as you will see huge damage numbers popping up at each cast. For sure, a very advanced Job to use, but the result is very rewarding and satisfying.

The next Job we are going to take a look at, is the elusive Phantom, a literal fan favorite among the rest of the Jobs in Bravely Default 2, which can even be considered an offensive upgrade to the Thief.