Phantoms are sinister looking assassins and that is good. 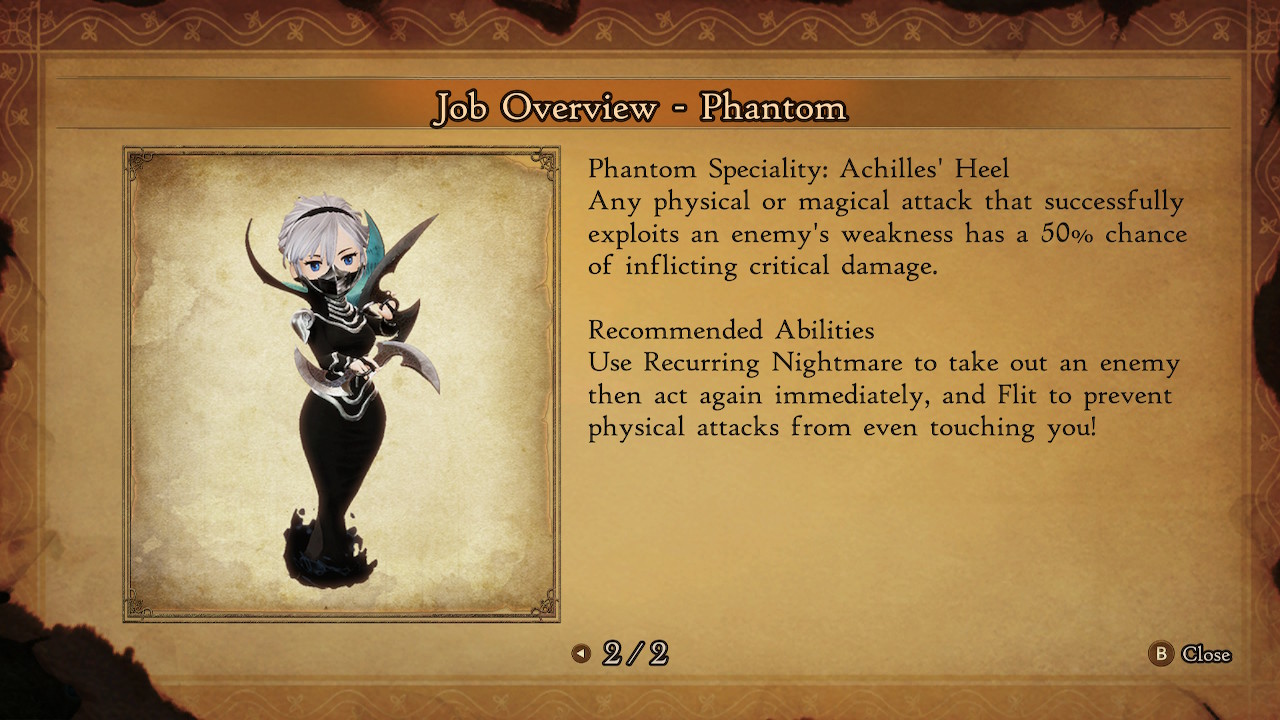 The Phantom Job in Bravely Default 2 is a highly aggressive one, full of ways to take enemies apart. Often considered an offensive upgrade to the Thief Job you unlock early in the game, these masters of shadows can attack multiple times in one turn, by utilizing their unique moveset. See the guide below to learn more about their traits and characteristics.

Phantoms not only can use multiple commands in one turn, but also take advantage of their high critical hit ratio through their abilities, passives and gear. If you combine defensive maneuvers they have access to, like Flit, enemies of all kinds will have a lot of trouble dealing with any character of yours that is part Phantom. 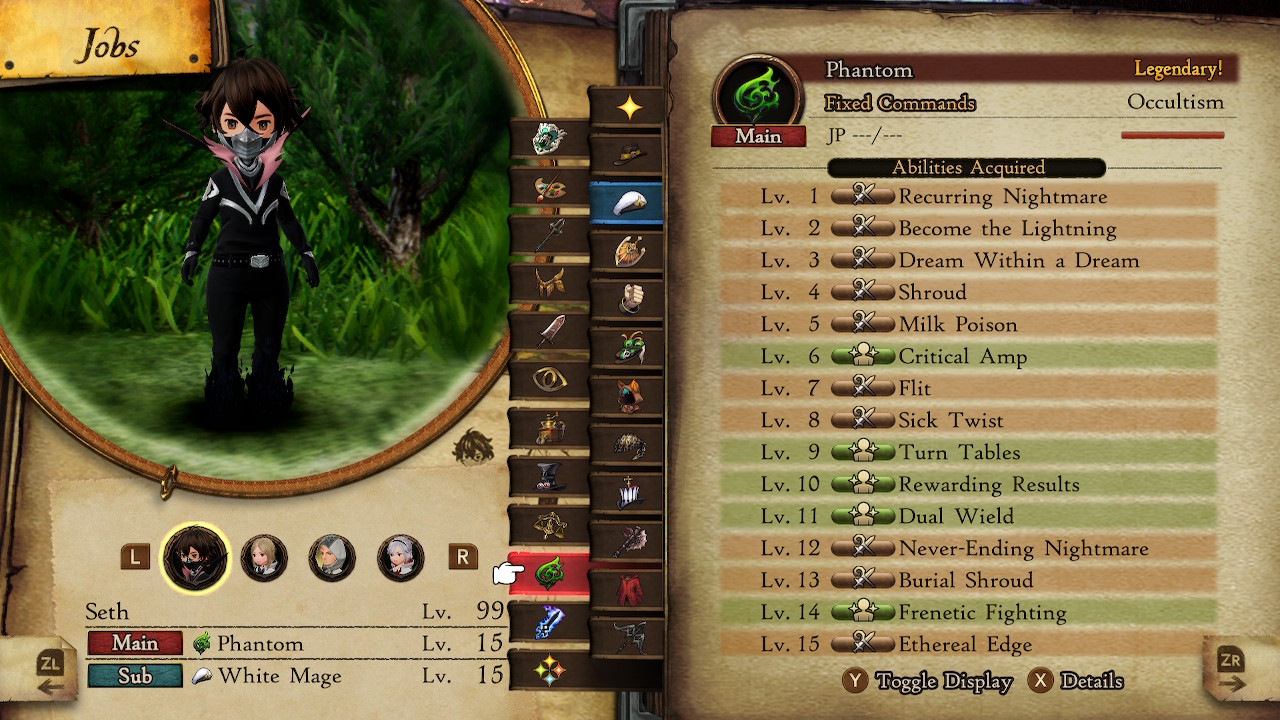 We already mentioned the Phantom’s perk of inflicting critical hits all over the place, or attacking multiple times in one turn, but their most notable trait is they are the owners of the infamous Dual Wield passive ability. Having it equipped, you will be able to have a weapon in each hand, without losing efficiency of the one in the left hand. This increases your total physical attack of course, but also lets you gain all the benefits of both weapons, resulting to a great boost to other stats as well.

In particular, by having two weapons equipped you can increase your critical chance and aim by a great amount, perfect for this Job which benefits from these exact stats. Their Critical Amp skill furthers enhances such perk, and with the correct equipment, their crits will hurt, A LOT.

The gimmick they can utilize through their kit, is that they can have an additional turn when they kill enemies with certain abilities, or when they inflict a status ailment. A lot of different combos can be used due to this, with lots of odd Jobs being able to pair well with Phantoms. A small example is the Black Mage’s Poison skill. First of, it has a 100% chance of success, because of Phantom’s Speciality II, which makes abilities with a certain chance to hit, to always hit successfully at the cost of 40 MP. Then, if the Rewarding Results passive ability is also equipped, you will have an extra turn all over again. It is also stackable, as you can do this to every enemy in front of you, granting a new turn each time. This results in multiple free turns, and if you pair this specific status ailment with Phantom’s Milk Poison attacking skill, you can see where I’m going with it.

Phantoms also go well with Thieves, as you would imagine, taking advantage of their valuable Godspeed Strike and more. They can even become excellent Steal users, and if you have another party member as a Freelancer, casting their Wish Upon a Star skill, they will be able to steal every rare item an enemy has with ease.

From what you can see, Phantoms are a very cool Job to play around with, with both utility and offensive capabilities. Just for the Dual Wield ability alone, it is a highly sought Job, since wielding two weapons at once is always something awesome to be able to do. This however, brings us to the end of this Phantom guide, leaving only the Commander of Holograd to be looked at, and his Hellblade Asterisk.