Gambling is risky, but well worth it. 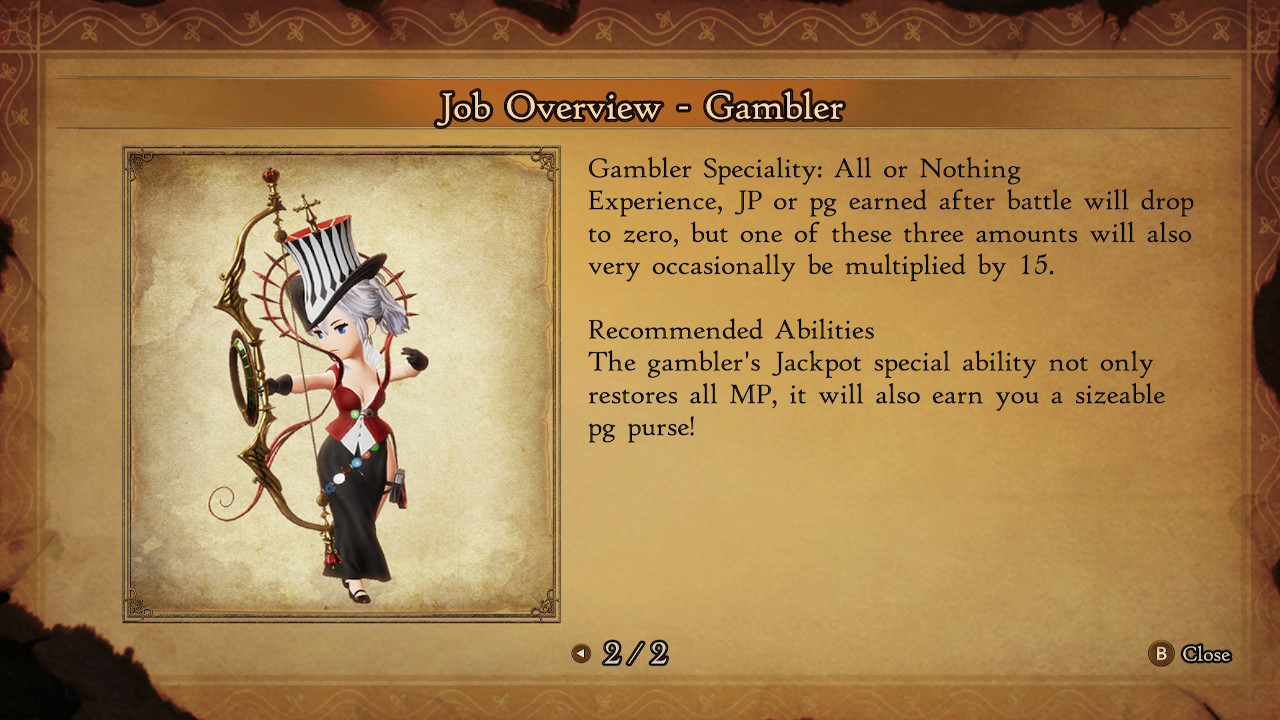 Bravely Default 2 includes two optional Jobs in the game, with Gambler being the very first one. There is nothing similar to this specific class in-game, as Gamblers are very unique in both their gameplay and their gimmicks. While they are not the most efficient Jobs to fight with, what they lack in combat prowess, they for sure compensate with their utility skills and passives. In this Gambler guide, we are going to take a look at everything mentioned above.

Gamblers are not fighters. They do have some skills that could end up posing a threat to an enemy, but Gamblers without some very good back-up, are not able to hold themselves as sturdy warriors. That is not a bad thing. The specific Job is not here to carry you through the game and its post content, but rather to provide some fun mechanics and help with farming resources. 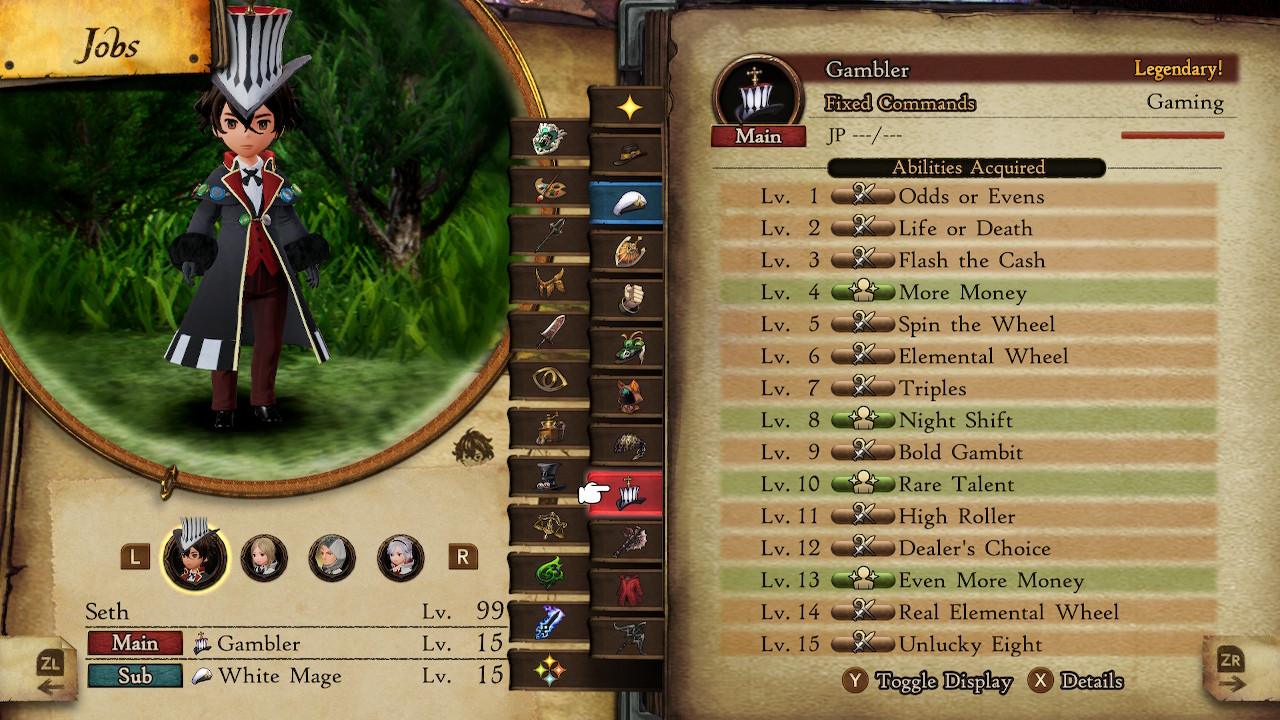 If you truly want to use a Gambler offensively, especially early on in the game, have them as a sub-job and take advantage of their Flash the Cash ability. While it is not something to brag about later on in Bravely Default 2, in its early stages, this skill can do wonders. Having a fixed damage output, you can easily cheese bosses with it, bypassing their immunities and resistances. The only other viable option in regards to a battle, would be your High Roller skill but it is not advised to spam it, as it needs a lot of Pg to be used.

These two abilities literally cover the offensive potential of this Job, since by the end of the game, you will be finding way better alternatives for damage. That said, we still have some usage for it, in the form of its passives and the very unique Speciality I. More Money and Even More Money are the way to go to if you want to significantly increase your Pg gains after each fight. You can stack these to every character in the party, resulting to a total of 120% increase on pg acquisition. The Rare Talent passive is also a good way of increasing your chances for getting rare drops through simple enemies and Bosses alike.

All or Nothing is a Gambler’s most interesting addition to their kit, that can either backfire, or provide a huge amount of resources. Exactly like gambling should be. It’s pretty self explanatory, so use it if you really want to see if the RNG gods are on your side. Other than this Speciality though, a Gambler’s utility ends here. It really isn’t worth it to spend so much pg for their skills, since as you see most of them use your money to activate. Especially early on, where if you want to amass a lot of pg, you need to grind a lot.

The Gambler in general is a very niche Job, hence no real strategy is needed when using them. My personal advise would be to either take advantage of their money farming passives, or keep one or two party members with them as sub-jobs, to abuse their Flash the Cash skill to some bosses. Their Special is also handy, as it restores the MP of a character to full, also earning you some extra money on the top. It needs preparation to have it ready for a big fight though, so it is not available at all times to consider it a solid fighting option.

In our next guide, we’ll be checking out the Berserker, a polar-opposite to Gambler as they are a full on offensive class, ready to mow down enemies.