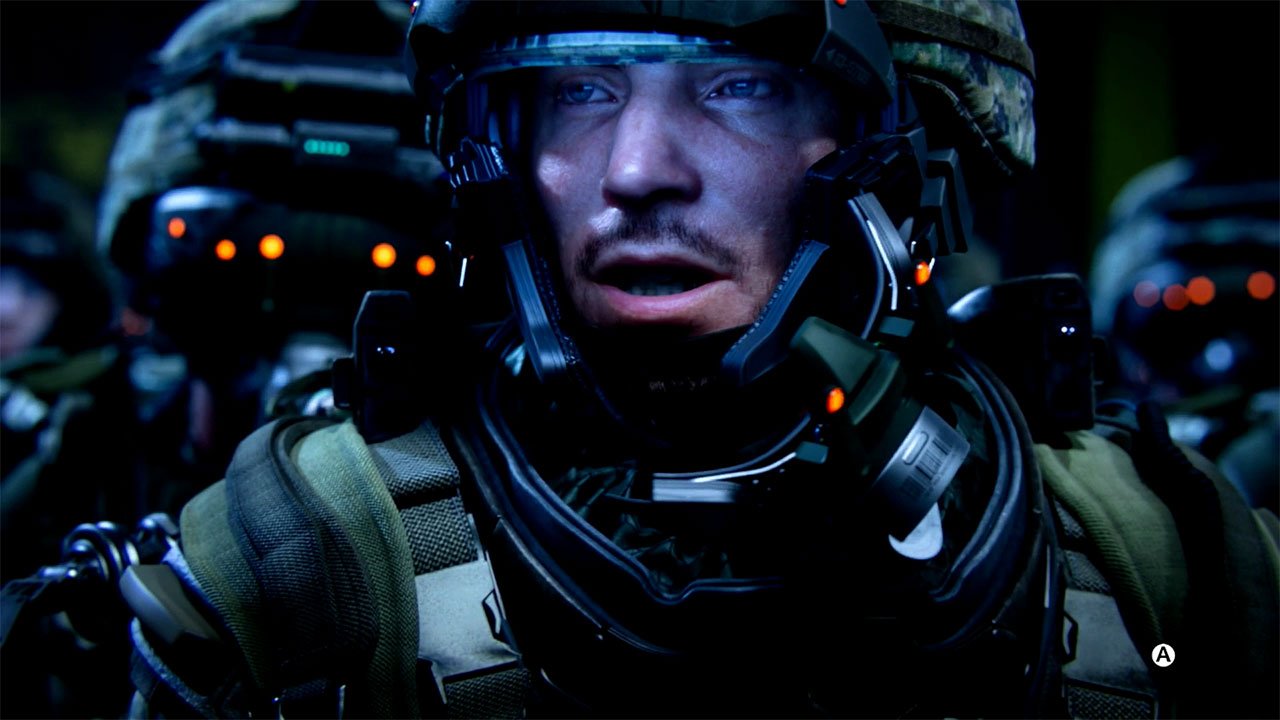 The first stage of Call of Duty: Advanced Warfare starts off with a bang, leaving the player in quite the predicament. Once you gain control, quickly hit square to pull the lever that will re-seal the hatch. After the crash, press L2 and then R2 to release the harness, followed by pressing R3 to open the hatch. Now, the action truly begins.

Move around the corner to find your teammates scouting out a hallway. This is where the basic tutorial comes into play, teaching you how to aim down the sights and such. Kill the three enemies on the other side of the doorway and move forward. Feel free to change weapons by picking up a AK12 Red Dot Sight or ARX-160 Red Dot Sight to replace your IMR Red Dot Sight or Atlas 45. If you do not see any need to hold onto a handgun, feel free to replace the Atlas 45.

Follow your teammates once again, this time to the edge, and press right on the D-Pad to activate Land Assist. Then hold square while falling to safety descend down the large room. This is basically your jetpack and gradually lets you descend down the many floors without being injured. Keep tapping square to do so.

Walk out the side and into the street as pods start to come down from the sky and land. Continue to follow Cormack until you meet up with some other soldiers. After the quick scene, follow Cormack again before being attacked very quickly by enemies. Take cover as fast as you can and kill the enemies down the street, but be careful of the ones on top of buses especially. 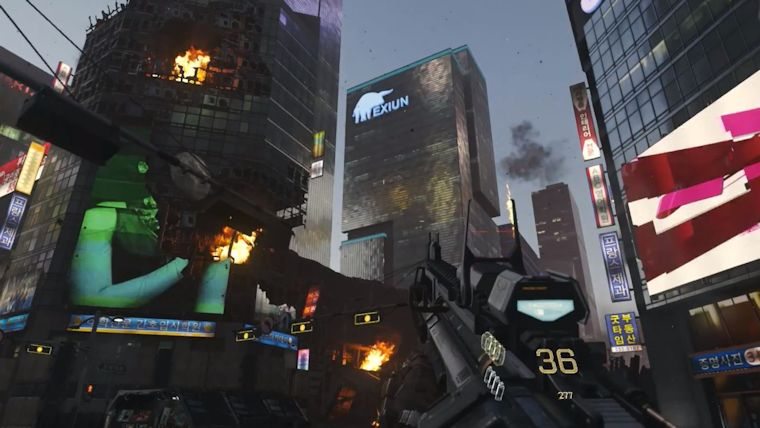 Continue down the street and grab the car door that is lit up with a blue outline by hitting square. Keep walking forward with the door to protect yourself from the flying drones and when you reach the “Enter” icon, press square to get inside the turret.

While the system reboots, shoot the drones until the EMP is ready. When prompted, press X to activate the EMP and take down all the drones at once. You will then automatically exit the turret, so follow Cormack once again.

Use the newly learned boost jump, by double tapping X, to jump over the red van in the way. Move forward with your team and into the hotel and once you read the stairs, prepare to be attacked once again by enemies that will enter on ziplines. After you take down the first group, advance forward to take on another wave of enemies.

Climb the next flight of stairs to the third level and use square to hover across to the next building after jumping. Follow your team through the building and then it will be time to utilize the EXO suit again to safety descend down to the next ledge with the square button. Make sure not to go out too far or you will be sent back to the checkpoint on the ledge.

After moving forward a bit, you will come across another wave of enemies. However, these aren’t just soldiers as drones will be in the way as well. Use the environment to your advantage, specifically what appears to be some sort of fallen piece of wall in front of you, and take them down.

After they are defeated, continue forward into the abandoned subway car and the game will prompt you to throw a threat grenade with R1. Do so and take down the array of enemies in front of you with ease as they are illuminated.

Continue through the subway station and eventually Cormack will ask you to open a gate. This will not work, but instead the Atlas rescue force will show up and open it for you on the other side. At this point, you can move back to the street and will almost immediately come across enemies once again.

Advance very slowly, as enemies pop out of many different areas and can take you down almost instantly on the tougher difficulties. The restaurant across the street can be extremely troublesome, as it will fill up with enemies, even when you may think you have taken them all out. Make sure to also kills all the enemies on the second floor, as they’ll easily take you out from the street after. Moving further down the street, a smoke bomb will go off that will make it difficult to see any enemies, but luckily a checkpoint will be activated right before. While hard to see, just spray bullets aimlessly near the red sights in the distance and you should take most of them down relatively quickly. Now, head to the marker and continue to follow Cormack through yet another restaurant. Once at the new waypoint, you will automatically use binoculars to look ahead, you can pan around or zoom in, but there really isn’t much to see.

Follow your team and be prepared for another skirmish. Kill whoever is in your path, and head to the “pick up” icon. Grab the charges on the ground. This will then bring up the mission to “Destroy the Havoc Launcher” You can also pick up the MDL grenade launcher nearby if you wish as well. I recommend replacing your pistol with this, if you have not already done so, so you can still have a gun with a large clip. Take down any enemies you can from above, with ease by using the newly acquired grenade launcher, and then follow Cormack and the team below to the bottom with what looks like a waterfall.

Moving forward will cause a couple drones to be summoned, so hide behind cover and take them out quickly. You can even walk through the waterfall and shoot from underneath for even more protection.

Follow Will to the Havoc Launcher and give him the charges. Doing so will end the first stage of Call of Duty: Advanced Warfare.