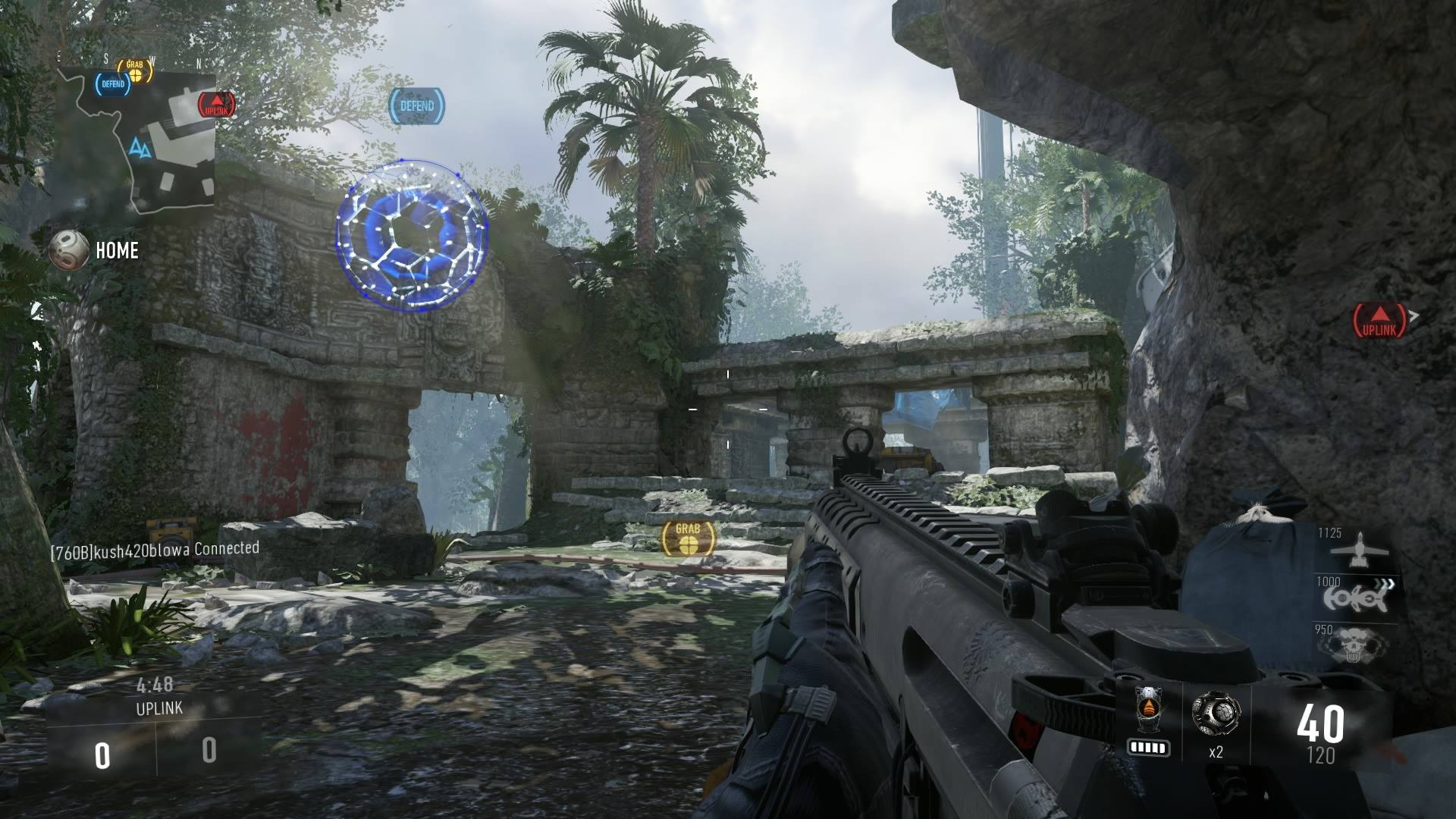 Call Of Duty: Advanced Warfare has a lot of new modes and none of them are quite as fun as Uplink. It mixes a bit of capture the flag with what Halo fans might feel similar to Griffball. We decided to lay out a few tips for fans of the new mode to take to heart and hopefully find helpful.

Grab A Few Friends Or A Mic

Communication is key in this mode as you have to know where each player is and how to make your way across the map in small packs to be efficient. It also is important for the next tip.

If you have a player in your sights you can pass them the ‘ball’ simply by pressing the left trigger. This can also work a team effort coupled with a cohesive team working together with mics they can make quick work of a less organized team of randoms by passing it around which frees up players to shoot enemies and get ‘ball’ down the map quicker. It also works as a defensive measure, as if you are holding the uplink you cannot shoot, only melee. However, if you are cornered by a single enemy you can pass/throw him the ball/uplink which basically leaves him vulnerable to your now free hands to shoot him in the face.

After playing for awhile I noticed that many players simply jumped through the goal to score. You are given the ability to ‘throw’ for a reason. This allows you to score from a distance as long as you realize the uplink arcs a bit when thrown. It can even be thrown to distract as it shows up on the HUD as a yellow item flying across players screens as most will want to grab it. It is best used to throw through the goal though.

Setting Up The Right Exo Suit

This can work a few ways as it comes down to personal preference but it is generally a good idea to go with Overcharge in your Exo Suit as it makes you move faster. It can be coupled with others if you equip a Wildcard or two.

Essentially Uplink is played like a giant Call Of Duty: Advanced Warfare, Exo Suited version of killer Rugby. Even so, it is pretty darn fun and hopefully these tips will keep your team ahead of the pack.