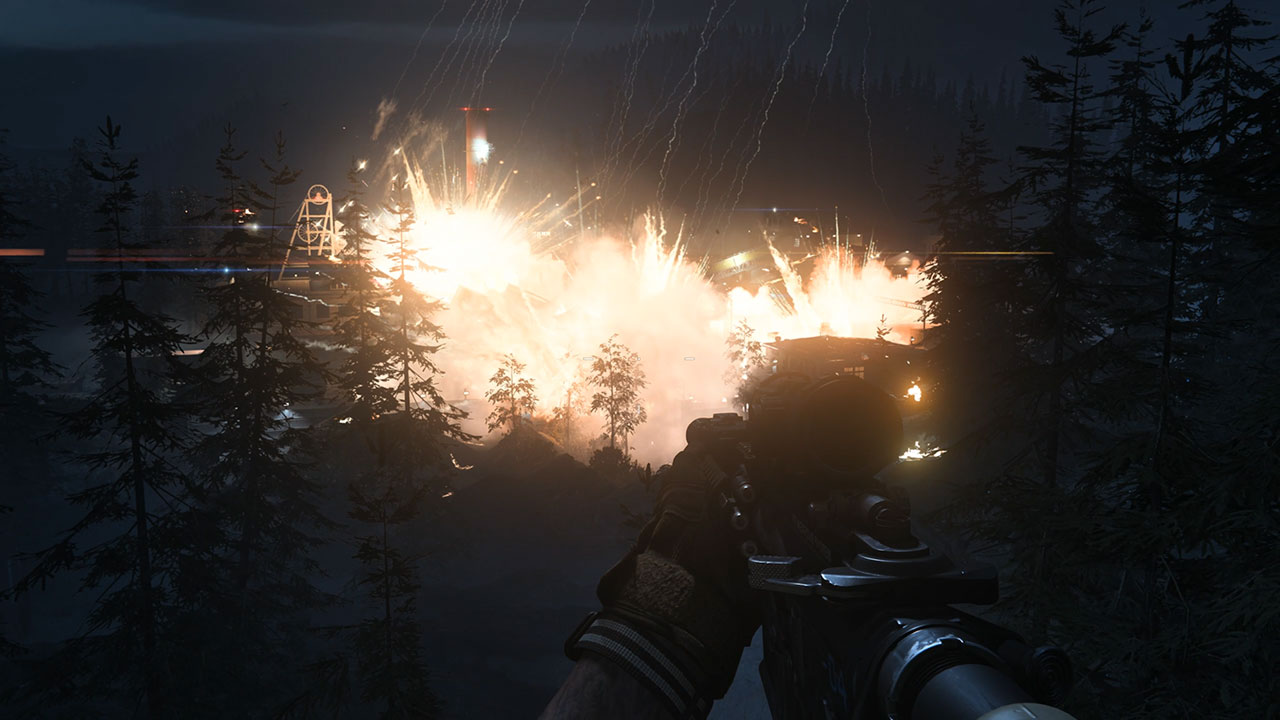 The single player campaign of Modern Warfare kicks off with the Fog of War mission which has you looking for chemical weapons.  In this mission you will infiltrate a military compound and take on waves of enemies in an attempt to capture a supply of gas chemicals.

Nothing but Net Achievement

In this mission you complete the “Nothing but Net” achievement in the game which requires that you take out the machine gun enemy located mid-way through the mission.  After making your way into the compound you will find a machine gunner laying down suppressive fire on a door that your team breaches.  The enemy will be located off to the left of the train yard area behind a bright blue spotlight.  To reach him you’ll need to fight through some enemies.  Once you make it to the staircase leading up to the machine gunner simply lob a grenade at him to complete the achievement.

In the video below you can see the exact location of the Nothing But Net Achievement at 07:35.  Other than that, the Fog of War mission is fairly straight forward with no other collectibles to find along the way.