Call of Duty: Modern Warfare – How to Get Watches

Right now it looks like there's only one way. 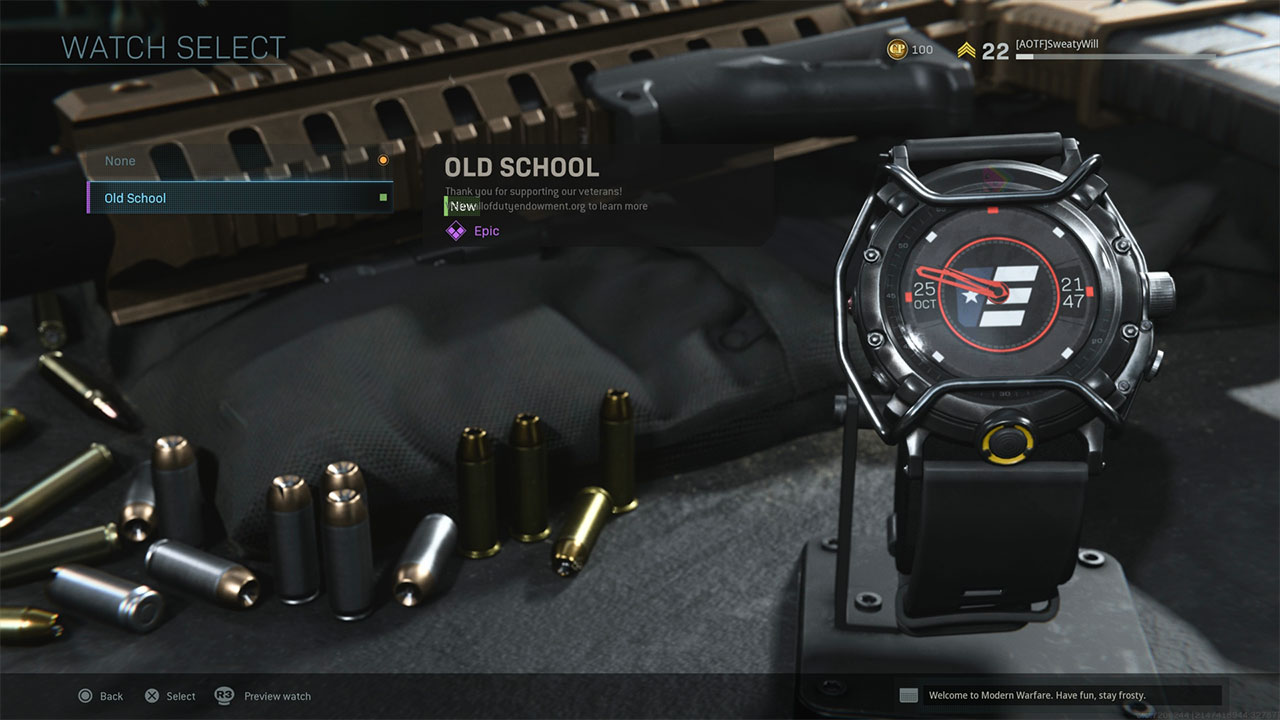 Watches are one of the new items in Call of Duty Modern Warfare.  These items are part of your multiplayer loadout and can be changed from the “Weapons” Menu option.  So how do you get Watches in Modern Warfare?  Right now it appears that there’s only one way to get them and we’ll explain in this guide.

There are a lot of different ways to earn things like Blueprints for gun loadouts and skins, or things like calling cards or sprays, but one item that doesn’t show up in any of the rewards areas are watches.  While the game hasn’t been out that long and the mission rewards will likely change as seasons start to roll out, it doesn’t look like there’s any way to earn a watch at this time, but you can still get one.

It looks like the only way to get a watch at the time of this posting is to purchase the Call of Duty Endowment Pack.  This pack is $9.99 and is basically a charity that Activision runs for military veterans.  In this pack one of the items you can get is the watch.

The watch you get is the one shown in the image above.  It’s got the Endowment Logo on the watch face and can be equipped in the Weapons menu.  The Watch you get is called “Old School” and it’s an Epic Tier item.  Getting the watch does allow you to use the check watch gesture in matches, if using emotes was something that you wanted to do in the game.

Home / Game Guides / Call of Duty: Modern Warfare – How to Get Watches