Call of Duty: Modern Warfare – How to Play Trials

Earn tickets to play trials once you hit Officer Ranks. 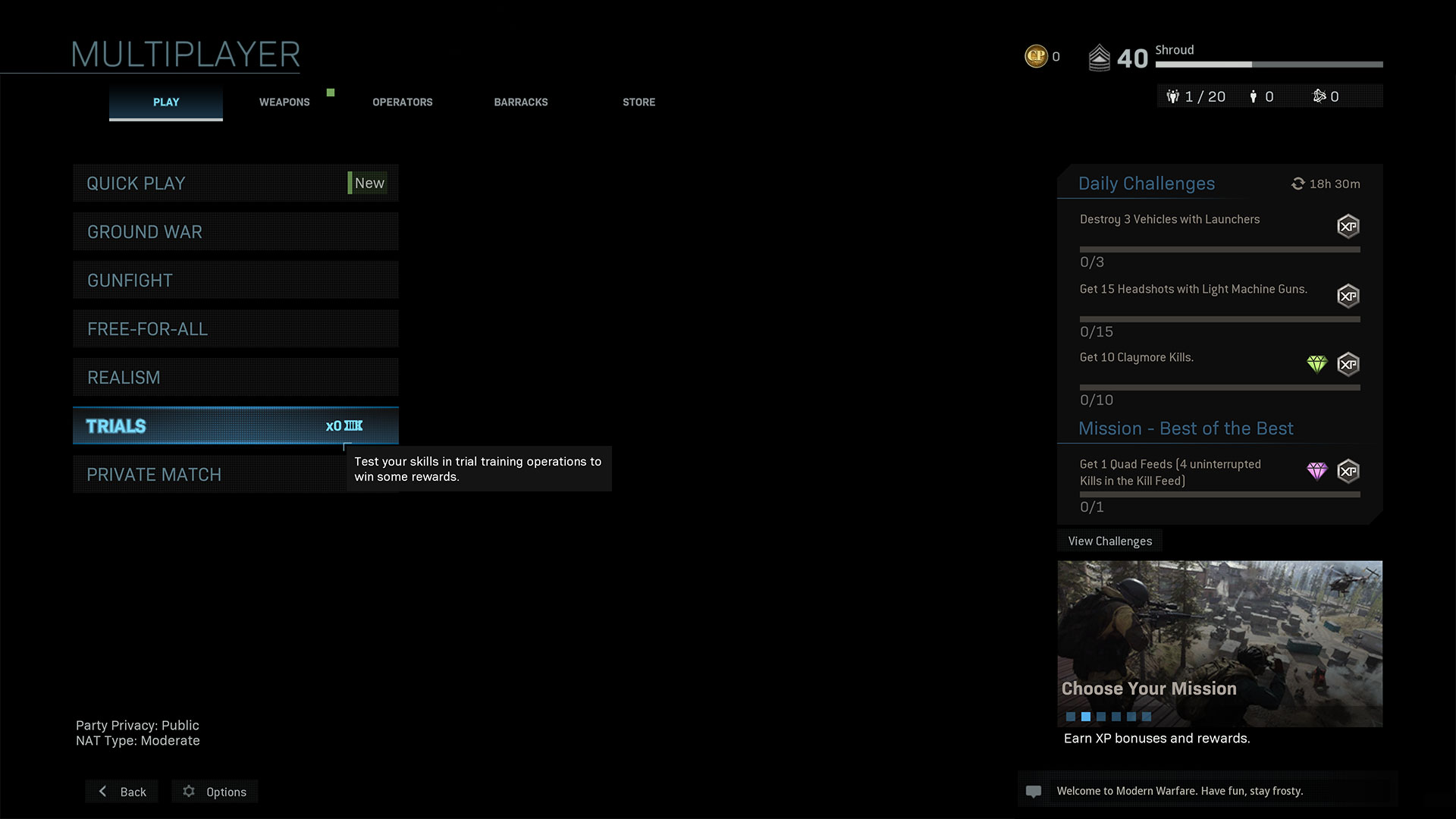 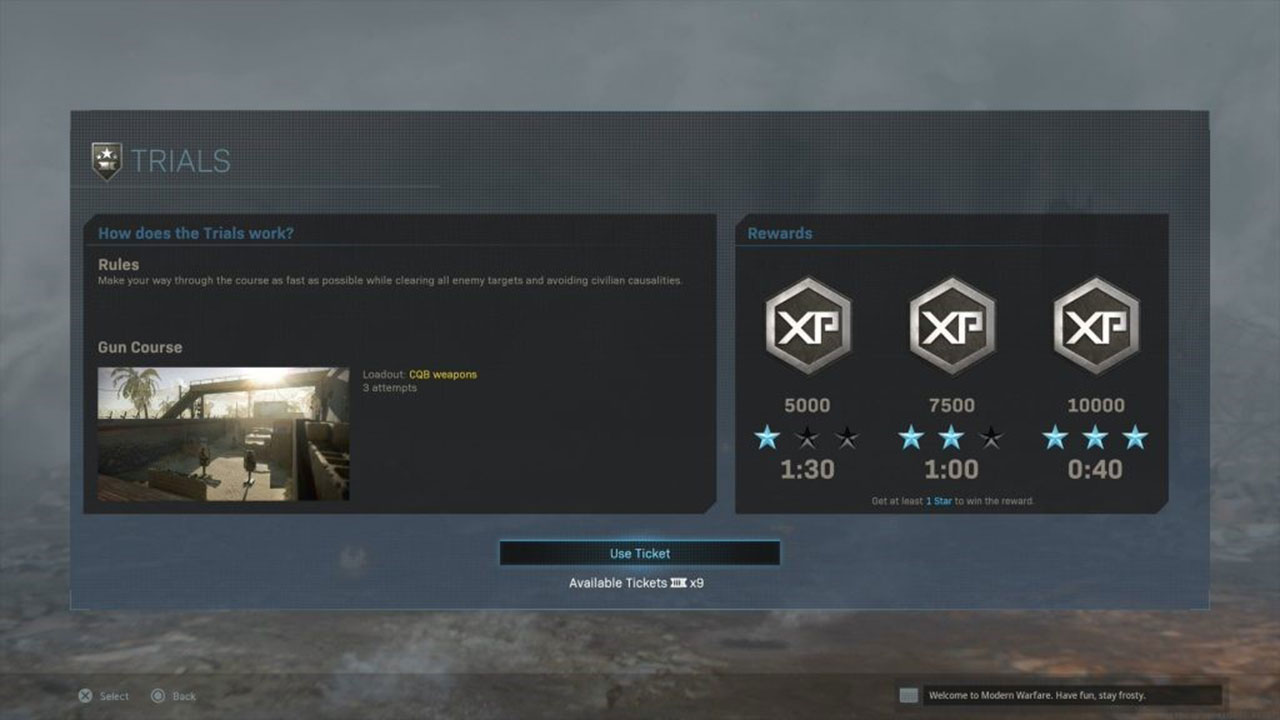 One ticket is required to play a Trial and that one ticket will give you three attempts at the trial.  Each trial has four possible outcomes letting you earn between 0 – 4 stars for completion.

Infinity Ward says that Trials will rotate and encourages players to spend their tickets as they earn them to further the leveling process in the Officer Ranks.