All 20 of Call of Duty: Vanguard's multiplayer maps. Maps can completely separate Call of Duty games from each other in terms of greatness. “Rust” is a map that everybody knows and will instantly bring back memories for most of you reading this. “Nuketown” is another defining map and a substantial factor in why Call of Duty: Black Ops is among the series’ most beloved. In this guide, we have listed all multiplayer maps in Call of Duty: Vanguard and provided details about each one, so you know exactly what to expect, or which map to choose for your next match with friends.

Call of Duty: Vanguard launches with a total of 20 maps. 16 of which are playable in general multiplayer, while the remaining 4 are reserved for Champion Hill, a new tournament, multi-life game mode. An extra map is also scheduled for November 17th, 2021 and will be free to all players.

Berlin is inspired by the Battle of Berlin and features flank routes, battle-damaged surroundings and decommissioned tanks.

Bocage takes place in the aftermath of a tank battle in Northern France. It features stables, farmhouses, houses and post-battle debris. Castle is set in a historic Japanese fortress, backdropped by autumn trees and foliage. It’s a reimagining of the Call of Duty: World at War map of the same name.

Das Haus is a German facility used for simulating an invasion of the White House. The mock version of the West Wing features training dummies, German equipment and destructible sets.

Decoy is a mock town constructed almost entirely from wood. The entire map is artificial from the structures to the trees and bushes. It’s comparable to a World War 2 version of Nuketown.

Demyansk is an open area taking place in a village with a church on the Lovat River. Said river separates the two main sections of the map; the Western Church and Eastern Lumberyard.

Desert Siege is a large map that takes place in the climax of the North Africa campaign. As the name suggests, the map is desert-themed and features natural sand dunes and rock formations, as well as Libyan architecture

Dome is a small, arena-style map that takes place inside a heavily damaged Reichstand Building in Berlin, Germany. It’s a reimagining of the Call of Duty: World at War map of the same name.

Eagle’s Nest is a small map with a three-lane system. It takes place around a meeting house on Kehlstein Mountain in Germany. The house is at the centre of the map and covers around half of it, with a fully accessible and open perimeter. 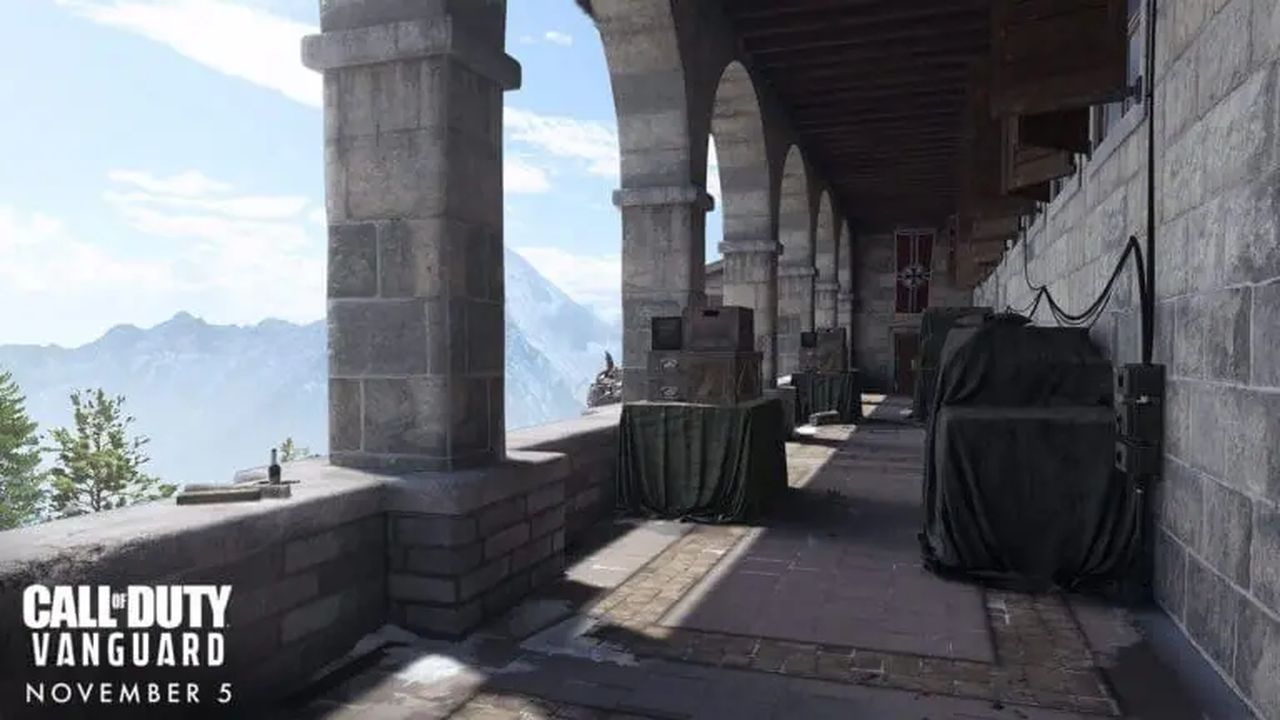 Gavutu is based on a battle in the Pacific Feature, which was used as a base and refuelling centre by Eastern Axis forces. The map is fairly large and designed to have three main lanes. 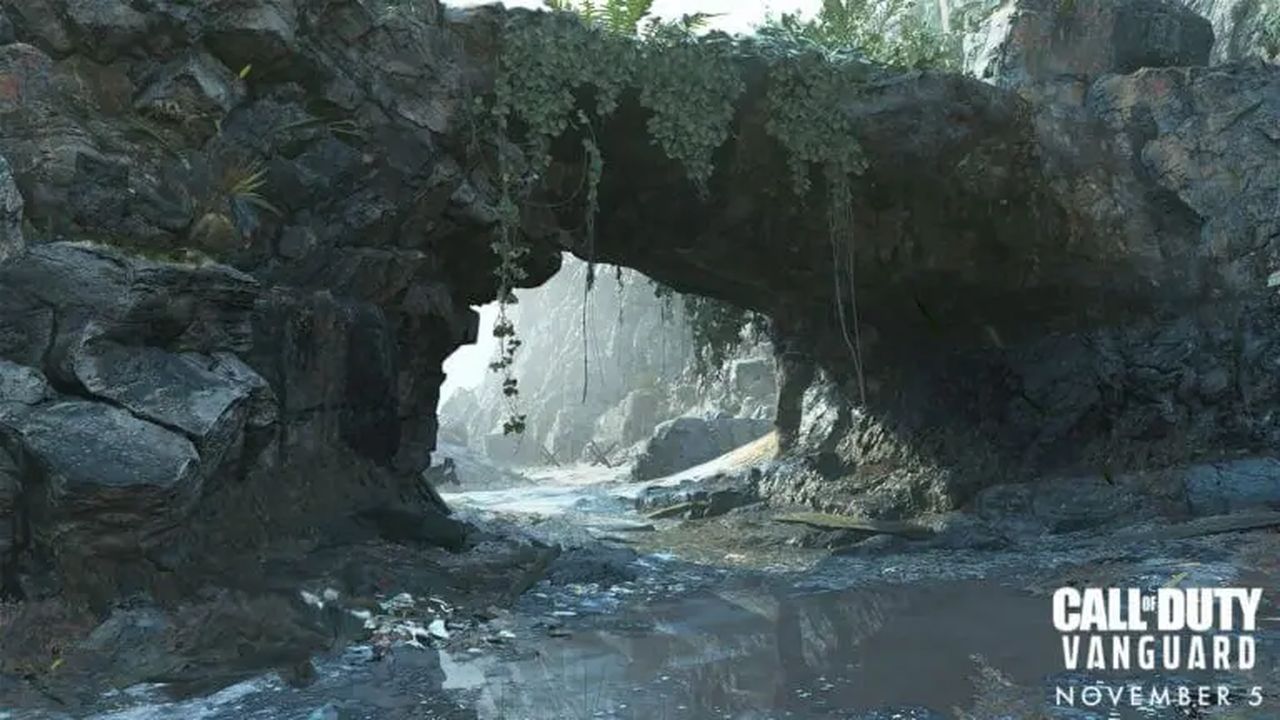 As the name suggests, Hotel Royale is a large hotel in Paris. France. Combat persists both inside and outside of the hotel, as well as on its rooftop. This map is also featured in part in Call of Duty: Vanguard‘s Zombie mode. Numa Numa is based on the Battle of Piva Forks on Bougainville island in the Solomon Islands. It’s a small map featuring trenches, battle debris, broken tanks and a machinegun nest as its central point.

Oasis takes place during an ambush in North Africa. It is a medium size map that features a lake, ruins and stationary Special Forces vehicles to take cover behind, such as tanks and wagons.

Red Star is one of the game’s grandest maps and is based on Stalingrad. Six buildings are able to be entered, with a central courtyard tying them together. This map is the main hub for Der Anfang in Call of Duty: Vanguard‘s zombie mode. Sub Pens takes place inside a submarine station in France. A colossal submarine is placed in the centre of the map and features pipes that can be burst to damage enemies.

Tuscan is set within a small town in Tuscany, Italy. It’s a medium map with interior and exterior combat and includes buildings and Roman ruins.

Shipment is a currently unreleased map set to launch on November 17th, 2021. It’s a recreation of the iconic map originally appearing Call of Duty 4: Modern Warfare, but making its way to other titles in the series. It’s a rectangular-shaped map simply filled with shipping containers and stray objects. Based on its size in previous games, Shipment will be the smallest general multiplayer map in Call of Duty: Vanguard.

Airstrip, Courtyard, Market and Trainyard are all incredibly small maps that are only playable in Call of Duty: Vanguard’s Champion Hill game mode. They’re designed for quick rounds of 2v2 and 3v3 and are fairly symmetrical.