Coming to you with the scoop, you saw it here first. 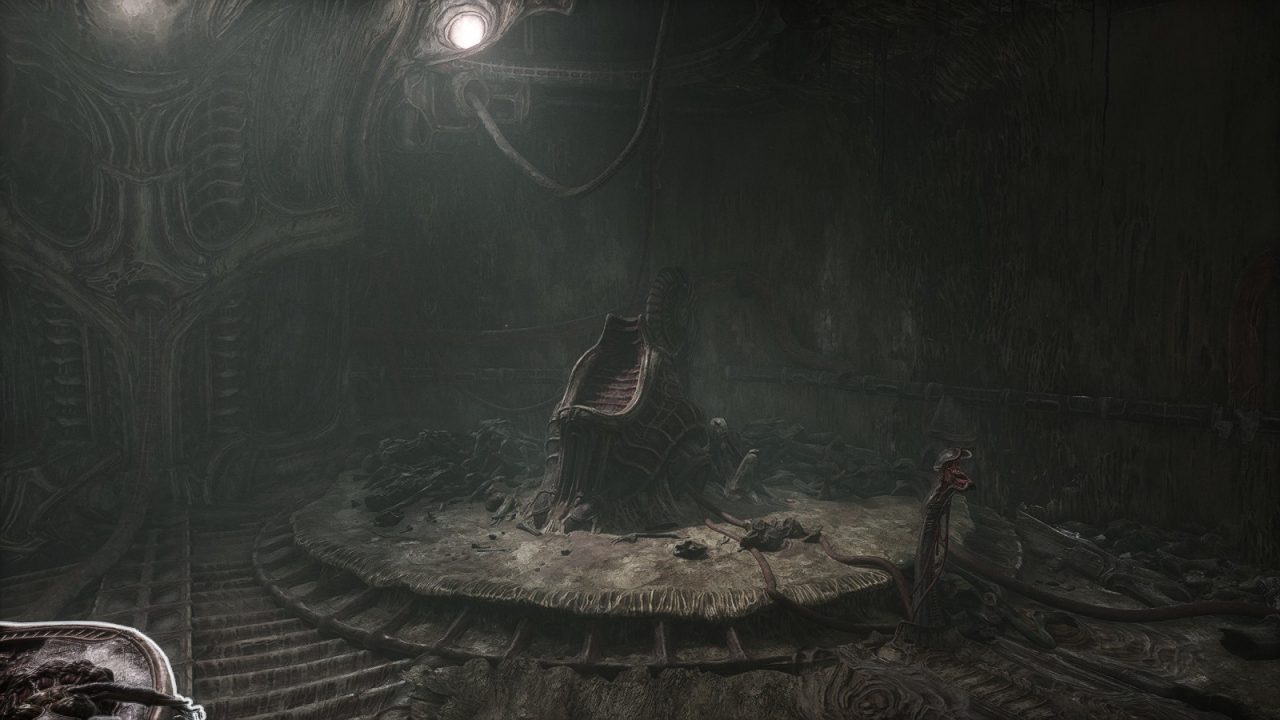 Scorn is a sensational new horror game available now on PC and Xbox Series X|S. It’s a trippy body horror puzzle adventure with shooter elements and features some truly gripping visuals. While the game isn’t terribly long, the intentional absence of dialog or objective markers to hold your hand and guide you through the experience will result in some moments where you must make careful choices. In Scorn, there is a choice in the opening act of the game, where you must guide the rails along which you can push your friend to 2 different seats: one with a scoop, and one with a saw, with lasting consequences for either.

Scorn: Should You Be Team Saw or Team Scoop?

Choices can be simple; living with the decision can be difficult.

Are you team saw or team scoop? pic.twitter.com/S8VgBhe3ZC

To explain, you must place a creature you freed from a puzzle on the upper level’s walls, affectionately named “egg friend,” in either seat and while the scoop seems more benign, it actually is far more deadly to your egg friend than the saw. But the most important part is, you can’t choose both in the same playthrough, and each path unlocks a separate achievement. To access either seat, you’ll have to complete a sequence of mini-puzzles where you alter the paths along the rails with the console atop a hill that resembles a macabre Spiral Mountain, pushing your egg friend along the path you choose. Either choice will get you through the locked door with the 2 consoles in the opening area.

What Happens if You Use the Scoop?

Despite it looking like a simple way to get the egg friend out of their casing, it violently rips them apart and leaves only their arm, which you can then equip with a tool like your own and use on the console. It’s a deceptively violent option, and if you go in expecting it to be a way to end the egg friend’s misery, you’re partially right, in a dark way.

What Happens if You Use the Saw?

If you use the saw it actually puts your egg friend face down in the chair, partially muffling their agonized gasping, freeing up the saw to cut through the egg and reach uncomfortably close to the man inside, but never quite killing them. After this, the egg friend is freed, and you’re treated to a moment of watching the creature struggle to stand upright, after which he will slowly follow you. Get them their arm tool, and then go to the 2 consoles,  where you can have them use one console and you use the other, and you’ll be on your way. Your egg friend will be left behind, but significantly more alive than in the other case.

Whichever choice you make, you’ll want to reload or begin a new playthrough once you’ve completed the game, so you can try the other seat.