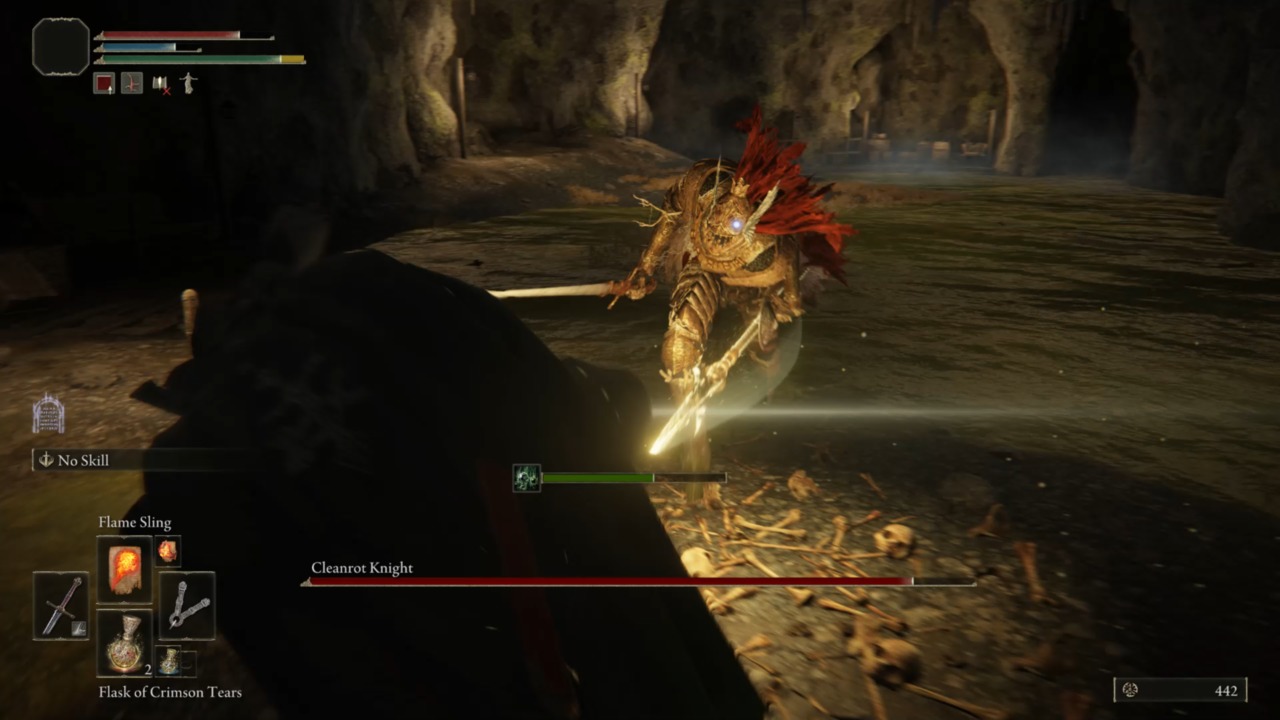 Elden Ring’s Cleanrot Knight boss fight is one where the main difficulty comes from outside factors as opposed to the actual boss itself. If you adhere to this ideal strategy, then you will fell the knight with little to no issues. However, you must first reach the Cleanrot Knight’s resting place, the Stillwater Cave.

If you head to the Site of Grace in  Liurnia of the Lakes next to Adan, the Fire Thief’s boss fight you will have the easiest time reaching Still Water Cave. Head southeast and keep to the cliff sides in the murky water. Eventually, in the center of the U-bend, you will see Stillwater Cave and there will be a Site of Grace to save at. 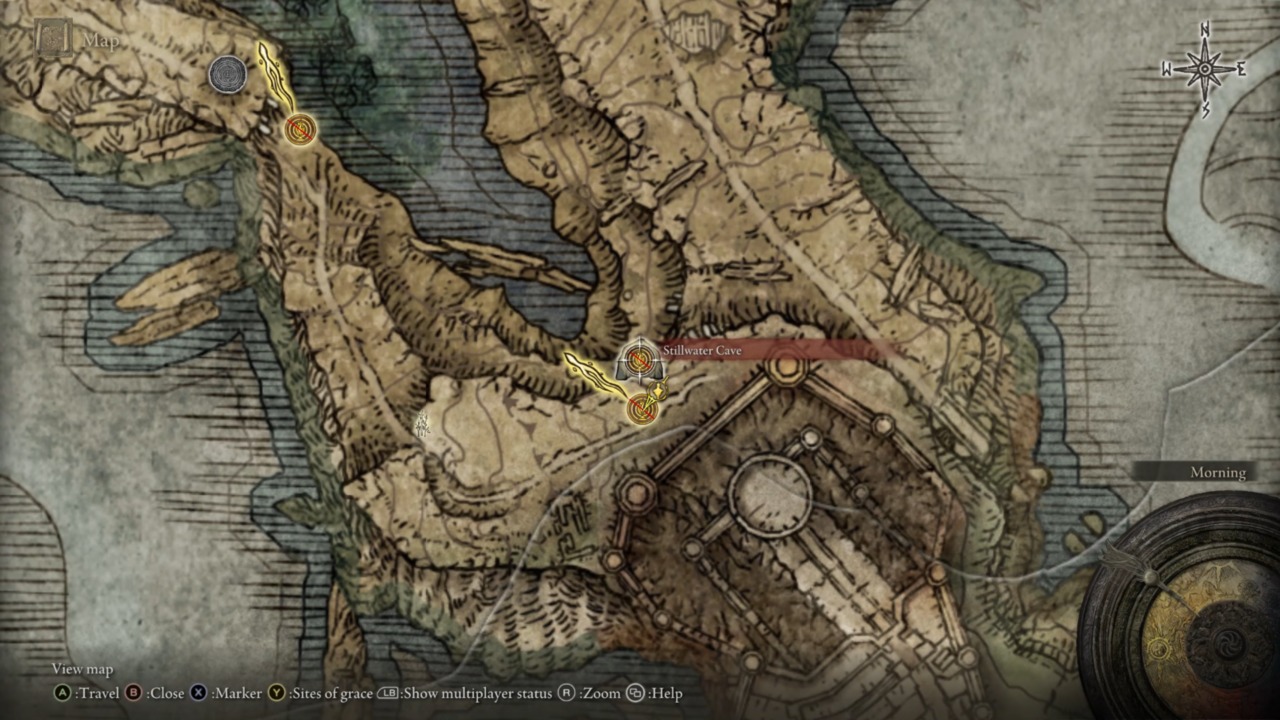 When you enter Stillwater Cave you will most likely encounter messages that instruct you to run. This is without a doubt the only decent strategy for traversing the caves. When you enter there will be poison and poison inflicting enemies everywhere. Flower plants that will release toxic gas, rot warriors that will cast poison spells, and general poison on the ground. Ignore everything in these caves and run as fast as you can through the natural path. There will be a few spots here and there that will be free of the poison on the ground. Do your best to stick to these and avoid getting “poisoned” if you are inflicted with poison, you will almost certainly die in the fight ahead.

After many twists and turns, you will come across the mist barrier. Rest here if no enemies followed you in order to get your poison meter down. When prepared, enter the mist and be ready for a brawl.

How to Beat the Cleanrot Knight in Elden Ring

The Cleanrot Knight will be kneeling in the center of a poison-infested cave, but will acknowledge you the instant you walk in. Like in the path down here there are some walkways lining the outer walls of the cave that will be poison-free, but these are few and far between. The Cleanrot Knight has several notable attacks such as a few quick dual-wielding sword/lance skills, a magic blast that erupts the ground into light spikes, and a light spear charge attack.

If you are stabbed by the charge attack you will be impaled by the spear and lifted up. Light energy will surge through the Tarnished and you will be hit with a “Scarlet Rot” debuff. With this, the fight is practically over as the lance just took almost all of your health and the rot/poison will quickly drain what’s left. That said there is one surefire easy strategy to defeating the Cleanrot Knight. 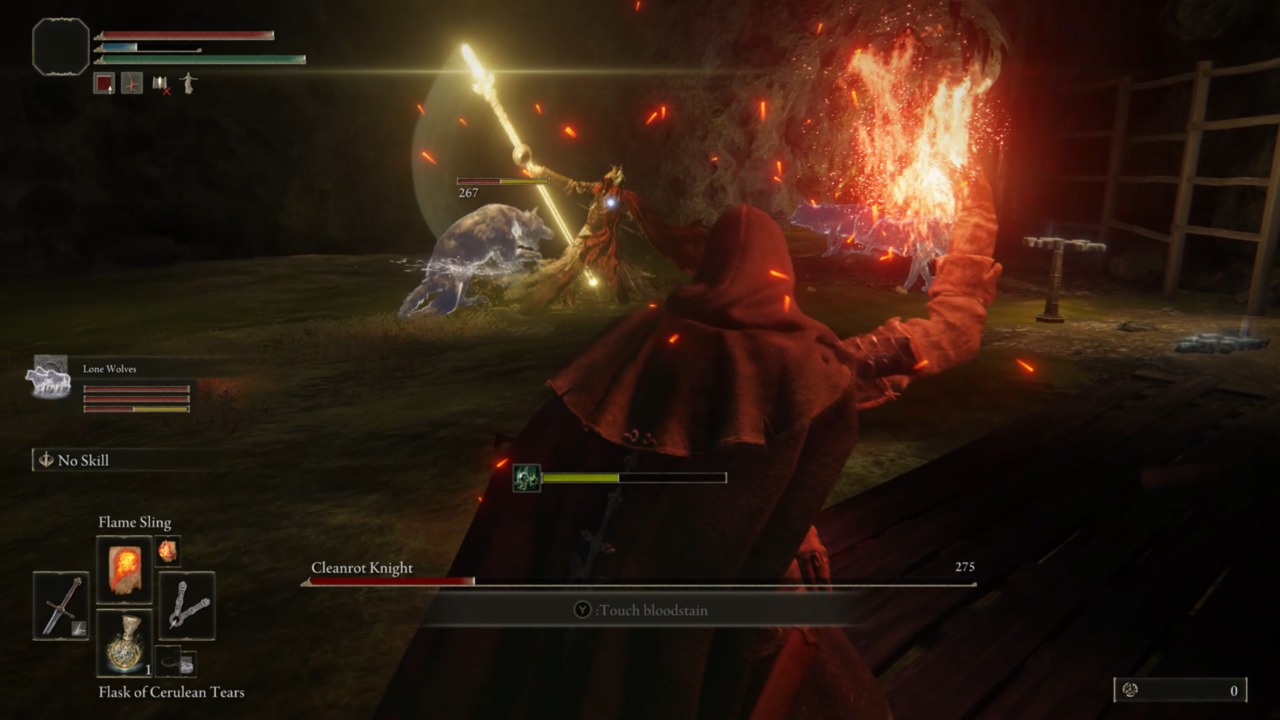 While our guides normally add multiple strategies for melee and long-ranged options we actually recommend just this one strategy. Taking on the Cleanrot Knight with melee attacks is folly unless you are much higher level with powerful weapons.

The second the fight begins, summon the Ash Lone Wolves, while it does not necessarily have to be this ash creature specifically, any ash with multiple summons is ideal. This is because the Cleanrot Knight has a hard time focusing on more than one enemy and the 1v4 is too much for it to handle. From here back off and let the Cleanrot Knight engage the wolves and choose the long-range attack of your choice to whittle down its life. Flame Sling does a ton of damage so any high-level sorcery spell would clearly work here.

Bows are also on the table for this fight but do far less damage to the Cleanrot Knight than sorcery does. Make sure to pay attention to your poison meter and pick a safe place to fire at the boss. Do this until the Cleanrot Knight’s clock has been cleaned. When the knight has been felled you will receive the Winged Sword Insignia. This Talisman increases the player’s attack power with each successive attack. It is especially useful for dual-wielding chain attacks.