The latest news in the world of video games at Attack of the Fanboy
February 24th, 2022 by Diego Perez When you reach the Raya Lucaria Academy in Elden Ring, you’ll find that the gate is locked with a magical barrier that requires a Glintstone Key in order for you to enter. This is the first time that the game requires you to find a Glintstone Key, so most players won’t know where to look. Elden Ring is a game about exploration though, and you’re meant to look around the surrounding area for leads at this point in the game. Some of us don’t have time for that though, so here’s the exact Glintstone Key location in Elden Ring.

Where is the Glintstone Key in Elden Ring?

The Glintstone Key that you need to open the Academy gate is found in water to the west of the Academy, just a short distance away from the Temple Quarter. There are a lot of enemies along the way, but you can just safely ride past them on your horse. You can see its exact location on the map below. 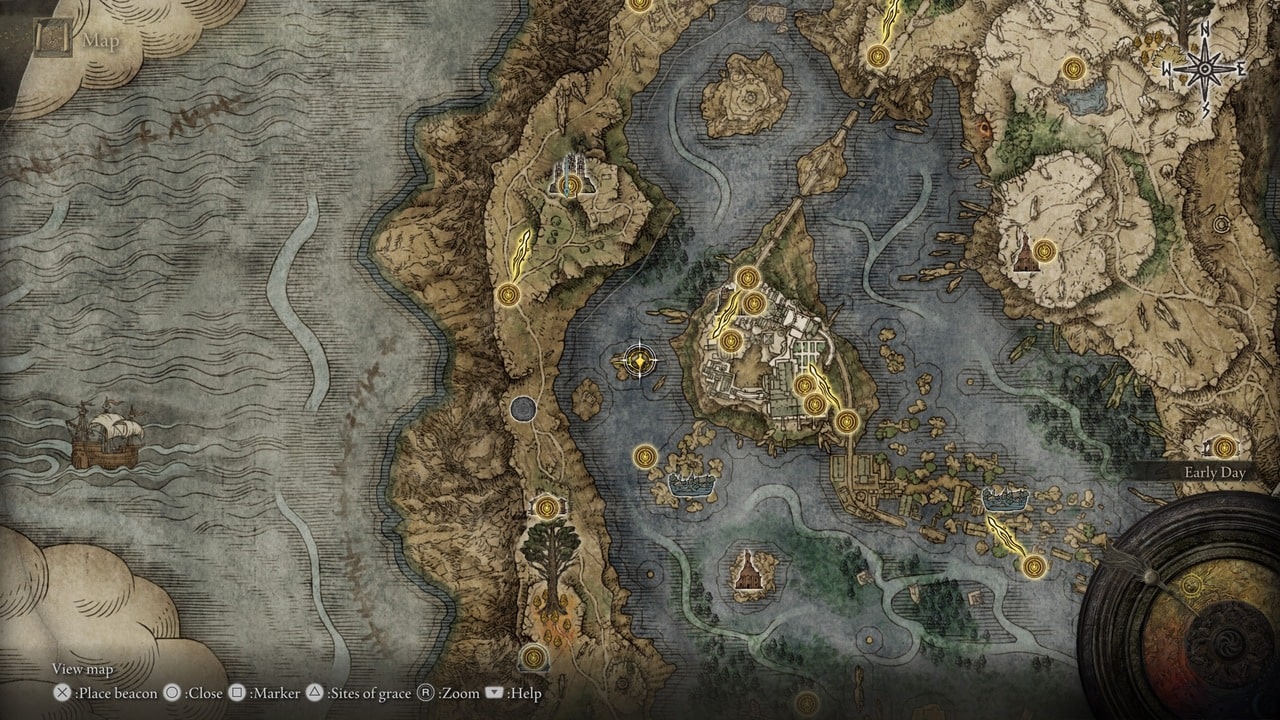 When you get close to the Glintstone Key location, you may notice a Stake of Marika. That’s usually an indication that a fight is coming up soon, and your intuition is correct. The Glintstone Key is guarded by a massive dragon, aptly named Glintstone Dragon Smarag. This is a very difficult boss encounter, especially if you haven’t done much exploring to upgrade your gear and level up at this point, but it’s thankfully optional.

It’s best to just run past the dragon and grab the Glintstone Key. Once you grab the key, you can just fast travel to safety and then make your way back to the barrier at the Academy. You can continue on your quest like normal from there, but if you’re feeling brave, you can try to slay Smarag now. Check out our Glintstone Dragon Boss guide to make quick work of him.