Crash Bandicoot 4: It’s About Time – How To Fast Travel On Dimensional Map

Avoid navigating through the entire map when backtracking. 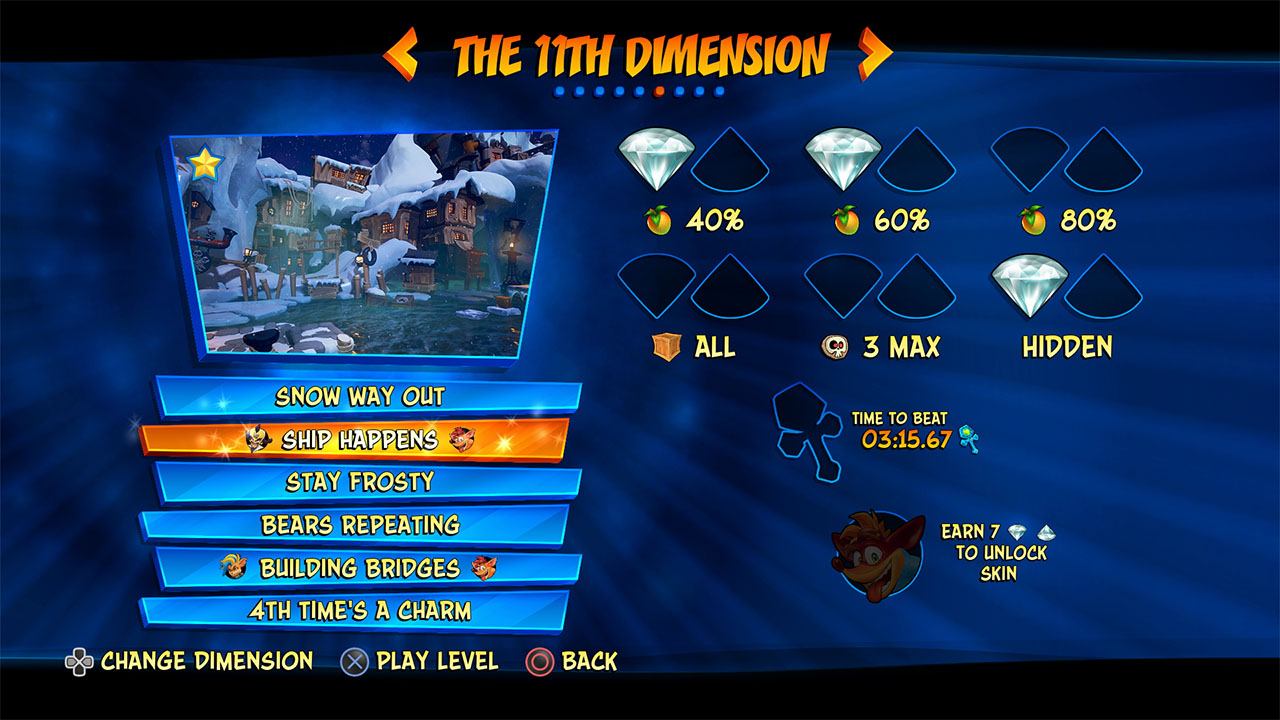 The Crash Bandicoot series tried a number of different ways of level selects over the years, whether it was the world map found in the first game or the hubs found in others. Crash Bandicoot 4: It’s About Time goes back to the idea of a world map that is known as the Dimensional Map. There are a lot of levels to navigate between here that could get tiring when going back to old levels, but thankfully there is a way to fast travel on the map to make your experience a lot better.

How To Fast Travel On Dimensional Map

While not your typical definition of fast travel in most games, Crash Bandicoot 4: It’s About Time does include a way for you to avoid moving around the entire Dimensional Map when you need to backtrack. With the somewhat slow speed of movement on the map, this would have been a huge pain to have to do every time you need to go back, so thankfully this was included.

To fast travel, all you have to do is start off by being on the Dimensional Map. From there, pause the game and a game menu will some up with some options. You may not see anything that stands out here about a level select, but the one you are actually going to want to pick is Level Stats.

By doing this, it brings up a breakdown of dimension by dimension with all of the stages that were found in that specific dimension. This gives you a breakdown of the gems you haven’t missed, the time trial times, and more, but the biggest thing here for us is the ease of playing levels.

Once you scroll over and down to the stage you need to go back to, you can just press X/A to “Play Level.” This will then bring up the option of picking between the regular version or N. Verted and such, which you can select and then you’ll be thrown right into the stage right then and there.