Crash Bandicoot 4: It’s About Time – How To Get Across The Moving Platforms In The Crate Escape 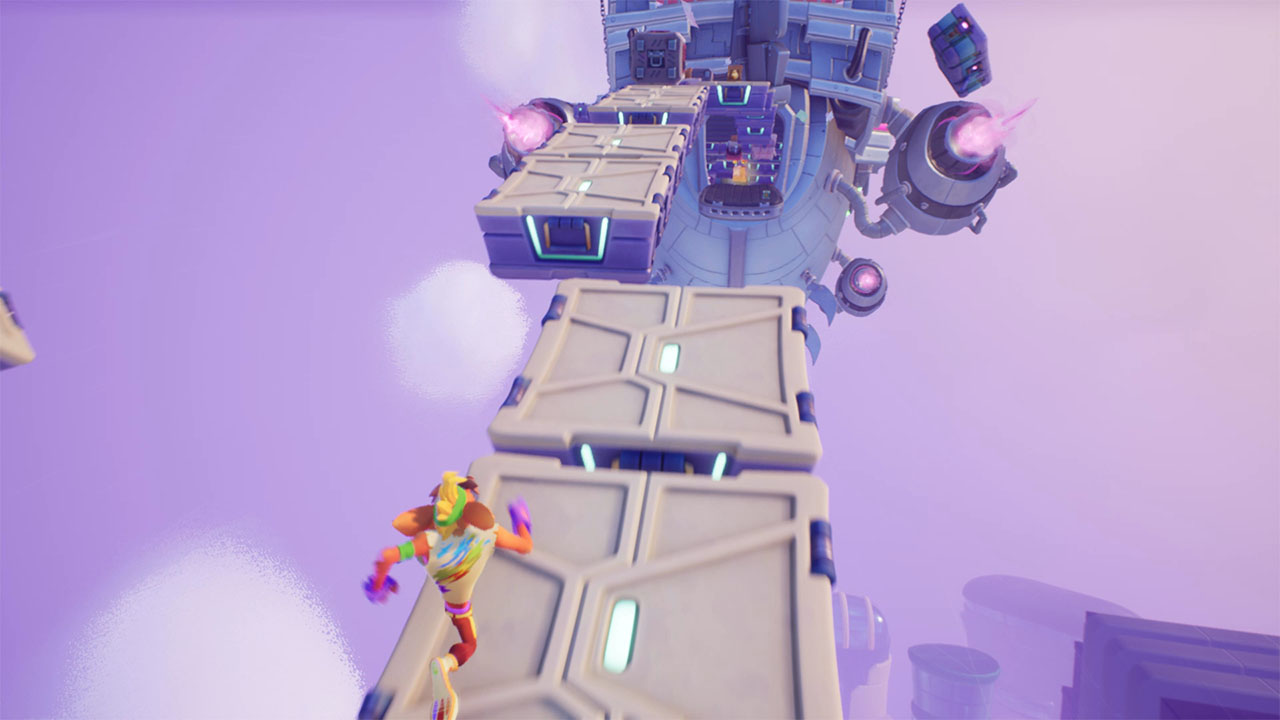 After the defeat of N. Tropy, Crash, Coco, Tawna, Dingodile, and even Neo Cortex himself go to the [email protected] Dimension to hang out and get some food. After playing as Crash in the first stage and then both Tawna and Dingodile in the second stage of the dimension, you take control of Neo Cortex for the third and final one. It seems like you’re going to complete the level as him, but of course he betrays everyone and you end up taking control of Crash or Coco for one of the hardest sections of the game complete with fast moving platforms.

How To Get Across The Falling Platforms In The Crate Escape

As soon as Neo Cortex betrays you, you will take control of Crash for a very difficult section that takes place completely in the sky. You are trying to catch up and complete the level, which is complete with platforms that you need to utilize.

If you’re not paying close enough attention, you might be caught off guard and fall almost immediately. At this opening section, you don’t want to talk across these platforms, but rather jump since they will fall if you’re not fast enough.

From there, there are a bunch of other platforms that you need to jump across to as you navigate through the sky. However, your first inclination may be to quickly bounce from platform to platform as fast as you can. That will lead to a very quick death though, as you have to be more precise.

You need to jump and often hold back on the analog stick to land correctly and then move on to the next platform. If you’re too fast, you won’t have as much control of Crash or Coco and it will not go well. Some of the platforms are smaller than others, so be careful on which ones you’re choosing to aim for.

To make matters worse, flying robots with TNT boxes will start coming at you as well, but it’s best to just keep moving. Dodge them in the air as best you can and you’ll eventually make your way to the end of the stage. When it looks like you can make the leap, do so and onto the next dimension you will go.

Home / Game Guides / Crash Bandicoot 4: It’s About Time – How To Get Across The Moving Platforms In The Crate Escape