Crash Bandicoot 4 – Jetboard Jetty Tips and How to Beat Louise

Help for getting to the boss and beating them 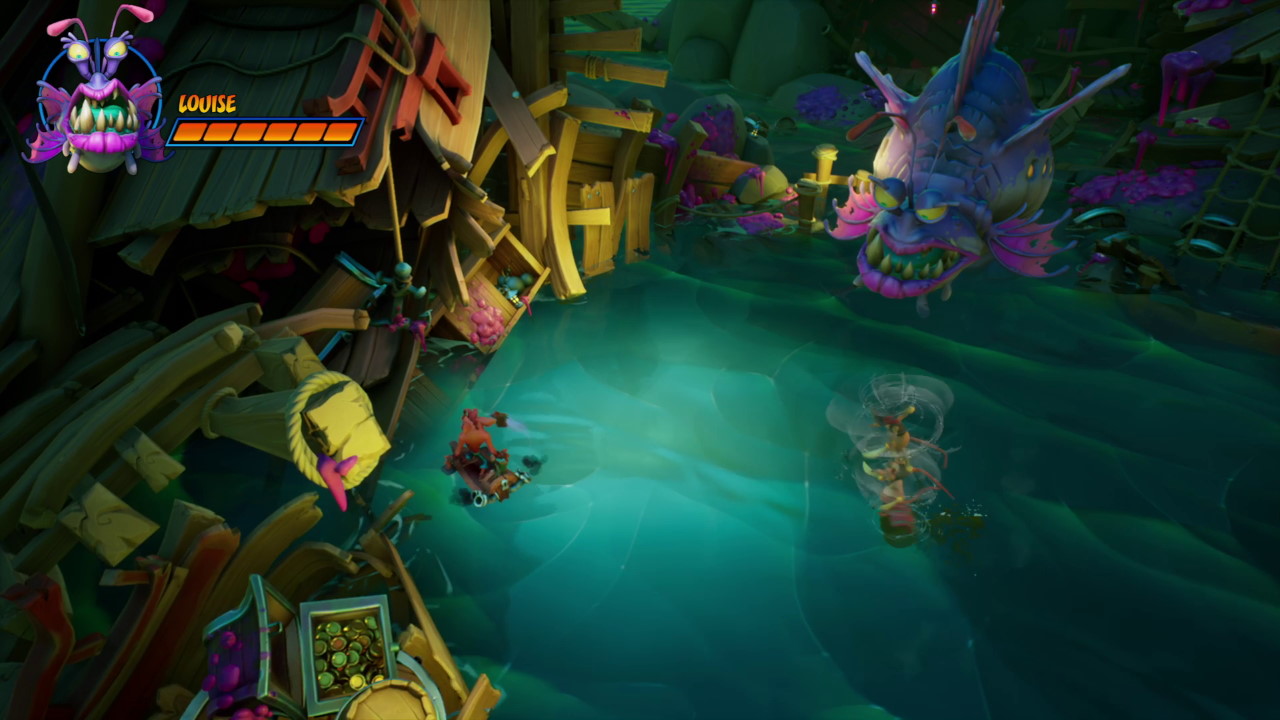 Crash Bandicoot 4: It’s About Time is a pretty tough game. Even early on it will toss some challenging stages at you, and with its lack of health, each screw up is almost always an immediate death. And you’ll do plenty of dying throughout but especially in Jetboard Jetty, one of the game’s toughest early stages. But we’re here to help with some Jetboard Jetty tips to get you through to the end, and then a breakdown of how to beat Louise in Crash Bandicoot 4: It’s About Time.

Let’s start with some tips for how to make it to the boss, Louise, before we break down the actual battle. Jetboard Jetty is a tough stage mostly due to the jetboard portions of the level. Outside of these there’s some standard platforming and an area with moving platforms you need to stay on top of. You should be able to get through these using your normal Crash skills, but keep in mind that the moving platform is a series of floating boats so you don’t have to rush through it. You can stop and wait for more to come by if you can’t make it to the same platform in time.

For the jetboard areas you’ll want to keep in mind that there’s no attack button. You have a boost and should use this to navigate through areas of danger, like when the tower of enemies float toward you, there are cannons nearby, or you encounter a whirlpool. Going slow is important too, since running into any of these obstacles can take you out quickly. The key to the whole stage though is to lure the floating enemies into the other dangers to take them out. In fact, this plays into the boss battle at the end of the stage.

How to Beat Louise

Once you make it through all of these challenges you’ll come upon Louise. This gigantic tentacled monster can kill you with a single swing, so make sure you’re always on the move and avoid the telegraphed attacks. As you do that Louise will extend a tentacle above the water for those attacks. This is when you can strike, or rather have the enemies strike each other. The way to defeat Louise is to lure the floating tower of enemies into its raised tentacles whenever they appear. Just keep the tentacle between yourself and the floating enemies as they move toward you and they’ll hit it. Each time you take one out another will appear until three show up in the final stage. Just hit all three and that’s how to beat Louise in Crash Bandicoot 4: It’s About Time.