Dark Souls 3 Boss Guide: How to Beat the Crystal Sage 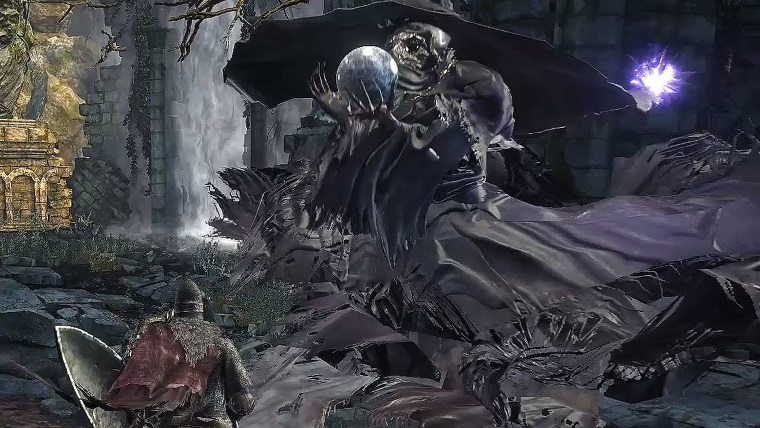 Dark Souls 3 has some particularly tough bosses to fight. While the Crystal Sage isn’t one of the more difficult ones, she can definitely cause frustration due to her high damage, and the long trek you have to make to get back to her from the nearest bonfire. Each defeat just builds up over time, making the fight that much tougher as a result. To help you avoid this outcome we put together this guide on how to beat the Crystal Sage in Dark Souls 3.

The Crystal Sage has the usual two distinct phases. You can usually get her into the second phase fairly quickly. The key to both of these phases is to be aggressive. The Crystal Sage has very little in the way of defense, so if you can get in and get some attacks on her quickly, it will avoid having to dodge her attacks.

Dodge you will though, since she relies on multiple different magical attacks, many of which home in on you. Especially watch out for the straight row of crystals that she will fire, as these do a ton of damage, and can take you our very quickly. As soon as the fight starts she will fire one of these off, so dodge out of the way and dash in for the attack.

Once you’re in close just whack away at her, causing as much damage as possible in a short amount of time. Just be mindful of your stamina, as it will be important throughout this fight. After you’ve done enough damage she will disappear and teleport to another spot in the arena. These are all on the outside, and it is random, so just keep an eye out for her to appear and listen in as well to give you a couple of extra seconds.

Charge in again, dodging attacks as necessary. Hit her a few more times and you should trigger the second phase of this Dark Souls 3 boss fight. Now there will be a number of Crystal Sage duplicates. These doppelgangers fire off blue spells, as opposed to the pink/purple magic of the original. You actually will want to focus on these duplicates, which take only one hit before disappearing. The reason for this is because their hits deal as much damage, and can quickly take you out if you aren’t careful.

Keep moving, taking a swing or magic shot at a duplicate Crystal Sage whenever possible, then close in on the real one. Hit her as much as you can and then repeat the process. There isn’t much of a trick at this point, other than avoiding the attacks from all Crystal Sages, and taking out the duplicates first, unless you are right next to the real one. Do this a few times and you’ll beat the Crystal Sage of Dark Souls 3 in no time.

For other tips and tricks, be sure to check out our entire slate of Dark Souls 3 guides.