Dark Souls 3 Boss Guide: How to Defeat the Curse-Rotted Greatwood 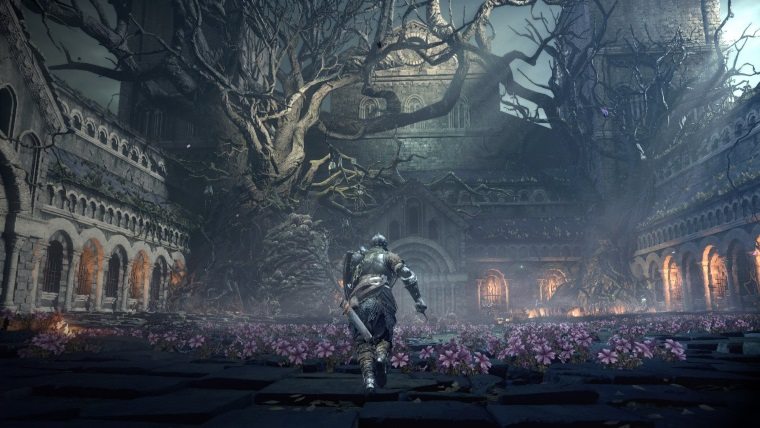 Deep in the Undead Settlement in Dark Souls 3 you might stumble across a giant tree that seems rather angry. This is the Curse-Rotted Greatwood, an optional boss, but one that you’ll definitely want to take on if you can. That’s because he has the Transposing Kiln, an item that will become more and more valuable the later you get into the game. If you want to know how to use the transposing kiln, then check out our other guide, but for just getting it, you’ll need to defeat the Curse-Rotted Greatwood from Dark Souls 3.

Starting off, the first threat you face is the swarm of enemies that surround the Curse-Rotted Greatwood. These are pretty standard enemies, so you should be able to eliminate them with ease, however, more spawn throughout the first phase of the fight, and can disrupt you at the worst possible times. To start, go around and kill any enemies you can from a distance, without alerting the Curse-Rotted Greatwood. Once he is awakened and starts attacking you, try to avoid the other enemies, and let the Greatwood take them out for you.

The key to actually fighting the Curse-Rotted Greatwood in Dark Souls 3 is the sac of whit blobs essentially in his crotch area. This is where you have to strike, which puts you within his swings. Move in quickly, get some hits, then roll out as soon as you can. Always keep in mind the nearest random enemy, as you don’t want to get hit by one of them, just as you go in for more hits on the Greatwood.

After just a few hits in this spot, you’ll trigger the second phase of the fight, which is significantly different. The floor will fall away and it will just be you and the Curse-Rotted Greatwood down below. He now has a few more weak spots, but unless they are right in front of you, you shouldn’t even worry about them. The main focus should be on the large, white arm that has sprouted from his body.

Move around the Greatwood, keeping a decent amount of distance, but not straying too far. Your goal here is to trigger a certain move which has him stand up on his legs, then fall straight toward you. When he does, he will be stunned, and his arm will be vulnerable on his left side (your right if you are looking at him as he falls. Be sure to roll in this direction as he falls, which should put you in prime striking distance.

He has other attacks, and some will give you a shot at some of the other weak spots, which appear as white blobs once again. However, these only sustain a few hits before breaking apart, and the white arm is much easier to get at. Keep your focus on this arm, triggering his standing attack as much as possible. After a few of these you should take him out, claiming a huge amount of Souls and the Transposing Kiln. Check out this guide to see what to do with it.