Destiny 2 – How to Get Dead Man’s Tale 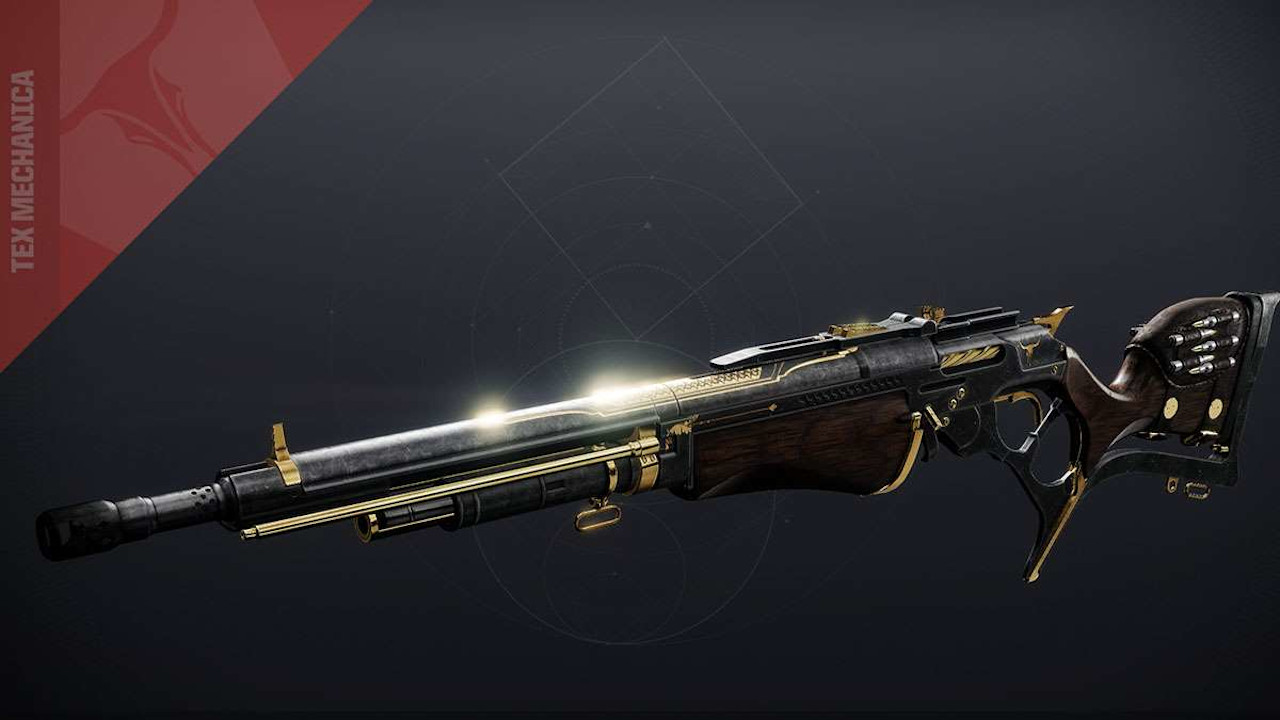 Destiny 2 Season of the Chosen keeps on giving with adding a brand new Exotic Scout Rifle, the Dead Man’s Tale. This awesome weapon is obtainable through a ‘secret’ seasonal questline, which will look into right below. Just make sure to grab some popcorn beforehand, as it may take a while.

First off, you need to get into the Arms Dealer Nightfall Strike in order to locate a distress signal. There is literally no indication showing you should do this, hence why this is treated as a hidden task. After getting into the Strike, keep progressing as you would normally do. At a certain point, you will be instructed to head left for continuing the Strike’s target. DO NOT do this. Instead, go right and wait for the automatic door to open. Doing so, is the beginning of this whole questline. Simply keep going forward killing anyone on sight, until you find that distress signal we talked about. You need to bring that to Zavala, so grab it and get ready for the next step.

As the above suggests, find Zavala and talk to him. After a certain description, he will give you the ‘The Voice on the Other Side’ Exotic quest.

Traverse through the Glykon ship

Open your map and travel to Tangled Shore. You will be able to see a giant Exotic Quest icon, so simply click on it to do so. You need to board Glykon and here is where the fun (not really) part begins. There are a number of puzzles to solve, including certain levers to pull and barriers to cross, so pour some hot coffee and start brainstorming. Before anything else though, you need to head left and find some outer platforms. Follow their very specific placement, in order to get into the ship from the outside. You’ll end up to some walls through the vents, so smash those and keep getting further into the creepy ship.

Afterwards, you will have to deal with some Stasis Barriers. There are some glowing spore pods around, which you need to stay close to. You need to shoot them in order to get a certain buff, which in return will let you to pass through those Stasis Barriers we talked about. Be aware that you only have 15 seconds to do so, so you need to be fast.

After passing the barrier, you will end up to some maze-like area, which could be hard to describe here. Simply try to follow any corridors, crawl through as many vents as needed, shoot conduits to turn on other stuff, and so on. If you just pay attention to your surroundings, this won’t take too long. A small tip would be to have your volume increased, in order to hear some beeping sounds. These are indication that a switch is available for you somewhere nearby.

Doing all of the above, as troublesome as it may was, will bring you one step close to the new Exotic weapon. Passing through a what-looks-like electrical barrier, it’s time for some fighting, at last. Screebs will come at you, so gear up and shoot at sight anything that moves. Just make sure to not waste time again, since you will need to also shoot certain conduits, to stop the giant compactor that is trying to crush you and your group. I didn’t mention that, did I? From above, something is closing up with only purpose to squashing you. Look for three floor conduits on the ground, shoot them and the compactor will stop. After everything is clear, look for a vent and proceed deeper into Glykon.

Another battle phase, with Scourge this time being the enemy. Destroy every single one of them and prepare for the next step. Which at that time, would be unclear to anyone in your fireteam, as there is no clear indication to what you should do next. Thankfully, we have the answers for you. It’s time to go outside again, as there are more platforms to traverse through. Do so and you will reach a new area, the laboratory.

Within this annoying place, you will need to re-use all the assets you previously learned in this instance. Spore pods, Stasis Barriers and all of the good stuff. There are multiple rooms you need to clear and after completing them, you will end up to the very first room of the laboratory. This time, a previously locked passage will be opened, for you to pass through and head to the final step of this ‘not so’ fun Quest.

The Raid Banner message will appear and you already know what that means. It’s time for some Boss killing. A hulking Scourge creature, which for some reason likes being into a furnace. There is an upper level to the room you are currently in, that has all the tools for you to defeat him. Those tools being some panels that turn off that furnace. There are three panels in total, with the third one being a little tricky to activate, as it is within the furnace’s radius. You just need to be quick with it in order to avoid fatal damage.

The Boss has two ‘phases’, which are similar but you just need to repeat the process of turning off the furnace. Finally killing this abomination, you will be able to claim the beloved prize, Dead Man’s Tale from the bridge of Glykon. Additionally, the Exotic weapon has random rolls implemented to it, so you can repeat this Quest if you want to take your chances with better affixes. Enjoy!