Destiny 2 – How to get Symmetry Exotic Scout Rifle

It depends on whether you have the Season Pass or not. 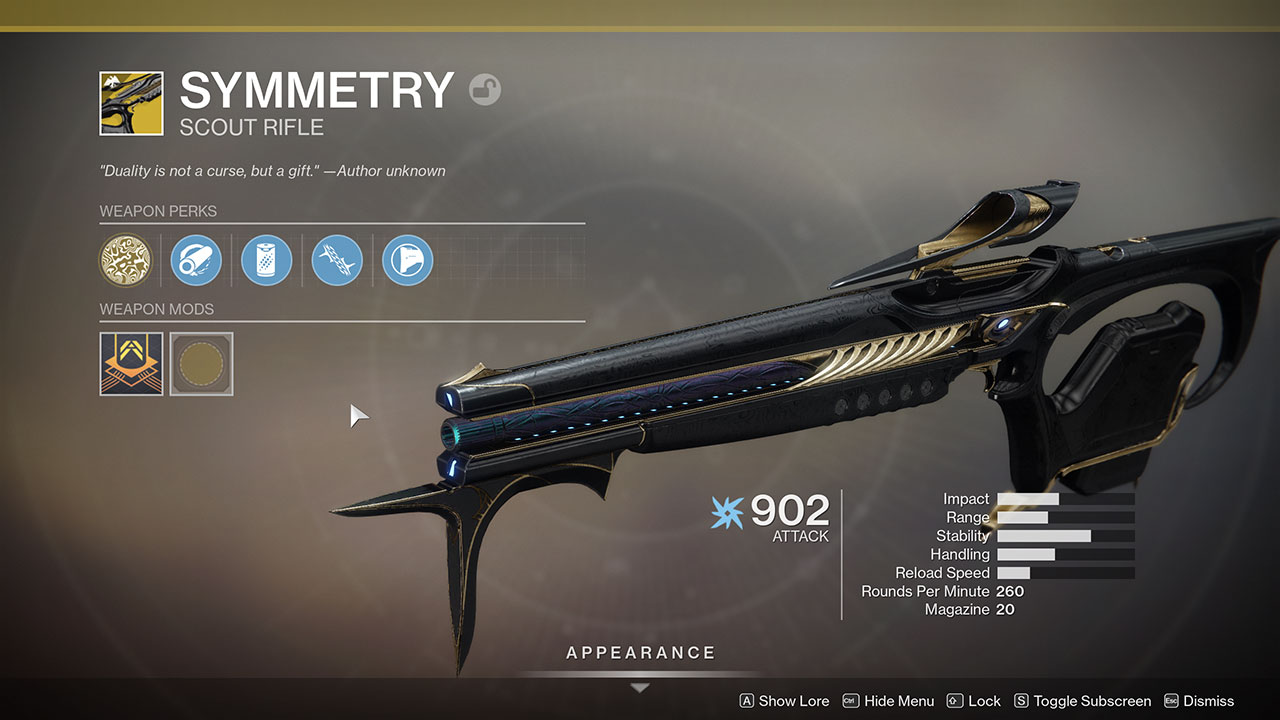 How to unlock Symmetry 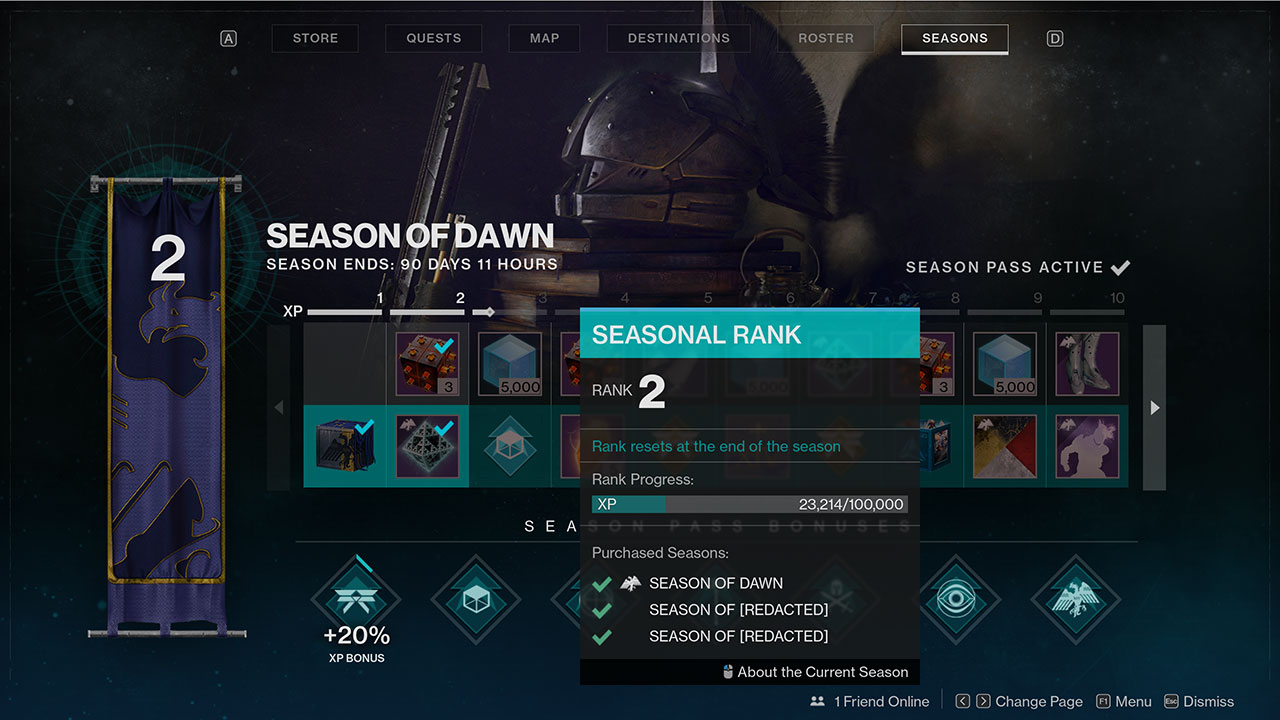 There are a couple of ways to get this weapon.  The fastest and easiest way to get Symmetry is to unlock the gun through the Season Pass which is either purchased with the Digital Deluxe version of the game or done through purchasing access with Silver currency.  If you have access to the Season of Dawn content you can simply head into the Season of Dawn rewards page.  If you’ve got the Season Pass active you will get the Symmetry Scout Rifle when you claim the first round of rewards.

If you’re trying to unlock the weapon using the free access to the Season, you’re going to have to wait a lot longer.  The gun will unlock at the 35th level of the free Season of Dawn rewards stream.  To see all the rewards for both the free and paid Season Pass you can open the Director and head to the Seasons tab to see everything that can be earned for free and for Season Pass holders.