Destiny 2: What is the Medal Case?

It is not a quest, as many believe 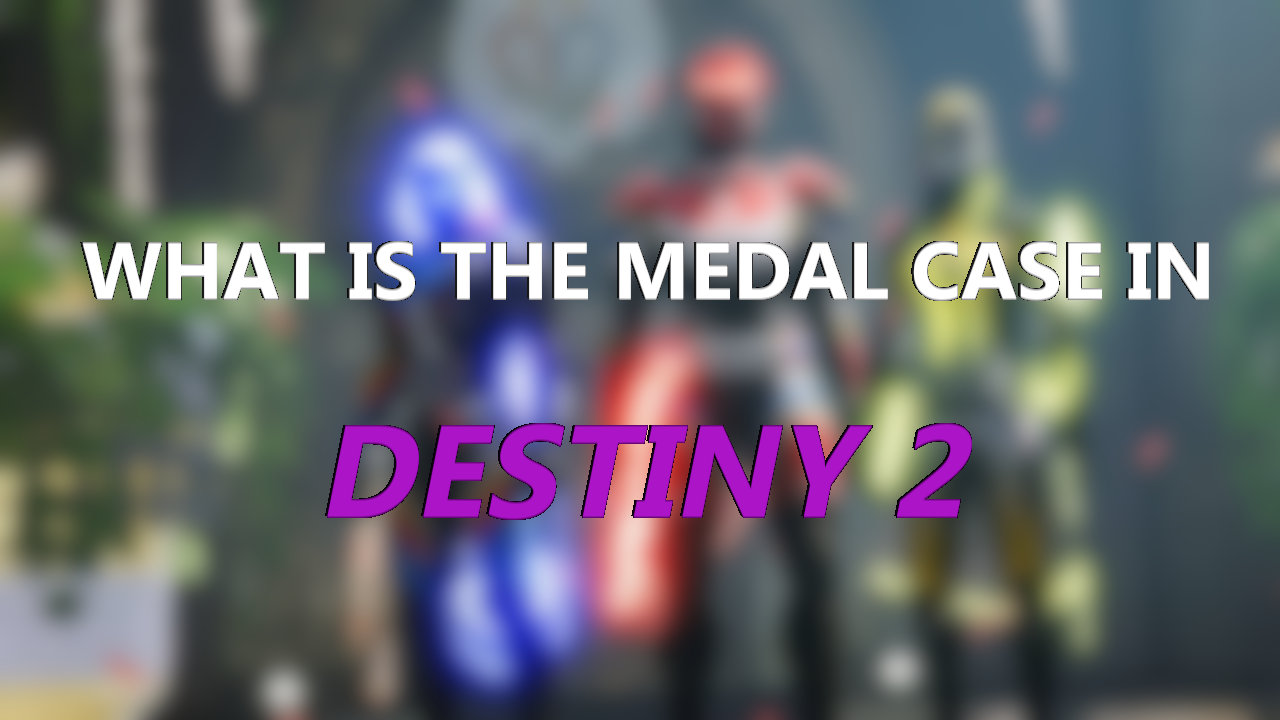 With Guardian Games coming back in Destiny 2, various new features jumped into the game as well, and the Medal Case is one of those respectively. A kind of controversial topic, since it has players all over the place confused as to what it is exactly. Let me start this article in reverse, by saying what it is not. It’s not a quest, as many believe. The Medal Case can best be described as a mechanic, that lets you store your precious new resources (Medals and Laurels), in order to claim the event’s rewards. For more about this, make sure to check the text below.

What is the Medal Case in Destiny 2?

As mentioned above, during the Guardian Games event period, you can earn various resources like Laurels and the most importantly, Medals. Those Medals are stored into your Medal Case, with a limited amount of them being available to keep as there is a certain cap. You need to keep trading them throughout your game sessions, in order to make sure you don’t waste any time playing without the possibility of earning more Medals.

The maximum amount of resources that you can store in the Medal Case, is the following:

The reason why many players are confused about what the Medal Case actually is, is due to the “Step 1 of 1” that is mentioned when you scroll over this item/ mechanic. Usually, this is written when there are more ‘steps’ (duh) for a certain quest to be completed, so it is most likely one of Bungie’s oversight, and not a big deal. Surely they are aware of the confusion it causes, so it can be fixed easily with a minor patch or instant change.

The purpose of the Medal Case existing, is to reduce the number of AFK farmers in Destiny 2 and also reduce the players that ‘control’ the flow of the event. An AFK farmer is when someone just joins a certain mission with other players, and sits until they complete the map’s objectives. Doing this repetitively in the same group, since the game auto-matches the party in another map if they don’t leave, ended up with a great number of players just gathering loads of resources without actually playing the game. This way, you need to go back to the Tower, use the gathered resources, and then jump back into farming Medals.

For the other group, meaning those that try to control the event directly, it stops them from leaving coordinated dropped medals, in order to ‘manipulate’ to a certain extent a day’s outcome. While not completely eliminating this instance, the Medal Case is a good workaround that makes things better the very least.

The Medal Case is a small and nice addition to Destiny 2’s Guardian Games, improving the overall state of the popular event. Make sure to log into daily to help your respective class win the competition!

Home / Game Guides / Destiny 2: What is the Medal Case?