Destiny’s The Dark Below expansion is now available to everyone and everyone knows by now that the best gear is in the raids. Be it through loot drops, chests or the end of raid boss encounter. What if there was a way to try your luck at a Raid quality chest, at the beginning of the raid without having to fight through hordes of enemies? Well there is, and we are here to help you find that chest. Crota’s End is located on the Moon as depicted above. Once you arrive simply move forward and stand on the giant circular plate that builds the bridge for you to traverse. You can do this solo if you are around level 28 or with no level restriction if you are in a group with a level 30 party leader. Once the bridge is built, jump down. 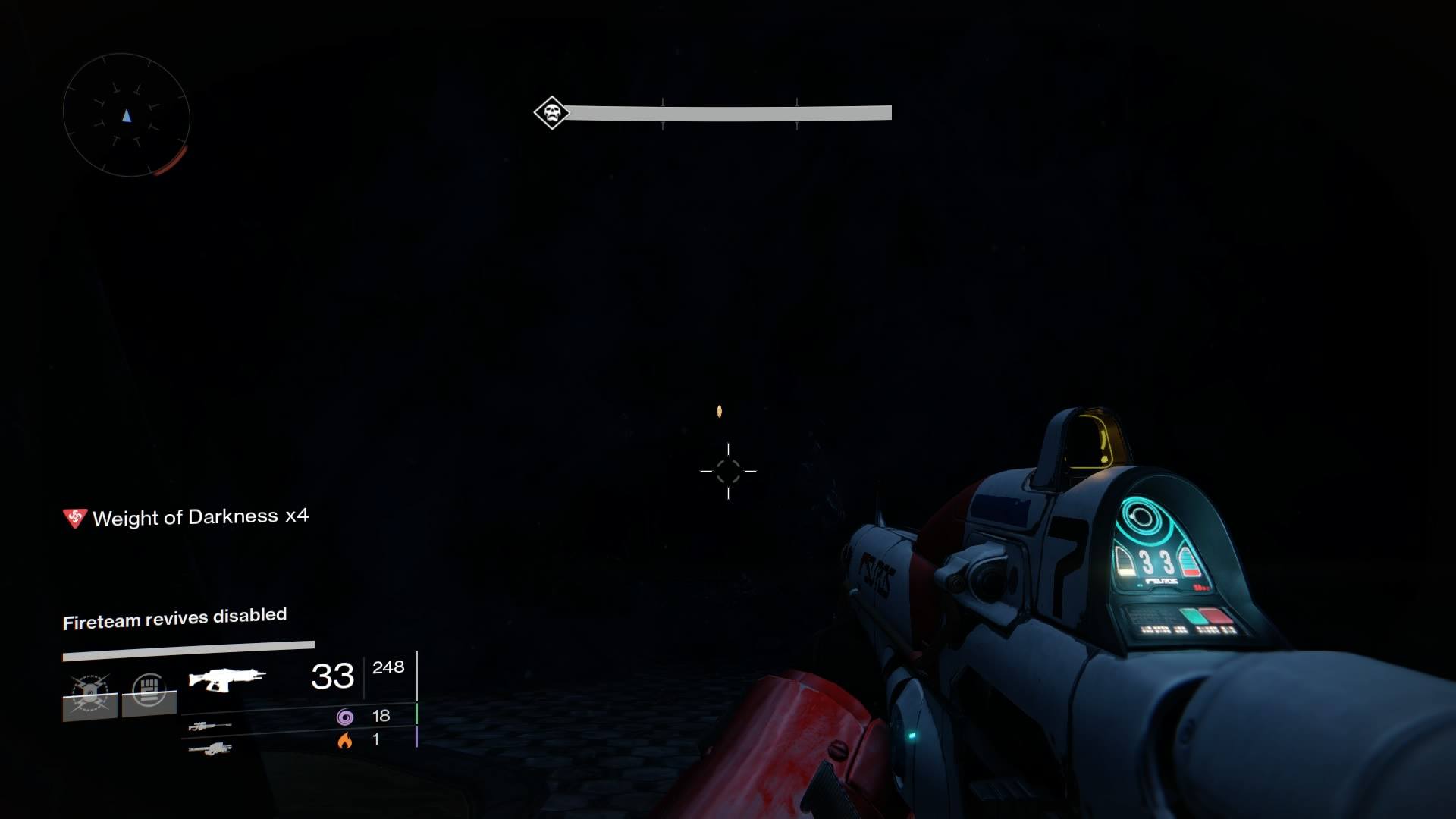 Once you enter the main Raid area by jumping down, look for the path as depicted above which is lit by a white pillar. This is your goal for the raid, ignore that for now and instead walk forward to the FIRST fork in the road.

Turn left and look up, if you see an orange light as shown then there is a chest waiting for you at the end of this path. If not then you will have to try again by simply dying which resets the chests in the area to a new position. You should now see the chest above by walking forward towards the orange light and an automatic door that opens into a little tiny area with the chest. This can only be done once a week, but it gives you a great chance for Ascendant materials needed to upgrade legendary items, and Raid gear. I ended up getting the Legendary Titan’s Mark, ‘Mark Of The Pit’. Good luck!