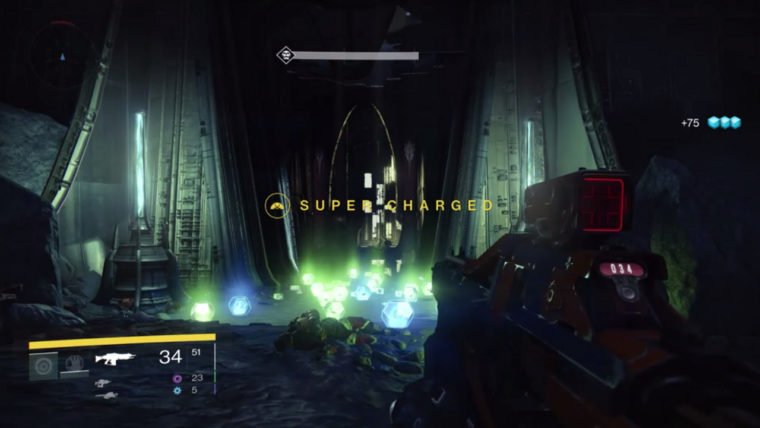 If you want to get Legendary Weapons and Gear in Destiny without having to go through the campaign and strike missions over and over then you’ll probably want to try out a new loot farming method that many fans are using. The method relies on the checkpoint system within Destiny’s campaign to get tons of random drops without putting in too much time or effort. I’ll lay out the general steps and then go into more specifics:

By allowing yourself to respawn back at the checkpoint you re-trigger the enemy spawns. You can then kill them all over again and get even more loot. Do this a couple of times and you’ll end up with more loot than you’ll know what to do with.

The method seems to have a single location that works best, as discovered by Youtuber High0nPCP (which is where the above image came from) and explained in this Reddit thread. On the Moon mission “The Dark Beyond” there is a checkpoint right before the doors open to the Hive fortress. Enemies then flood out of the door. By killing the lower HP Thralls you can get a ton of drops in a short amount of time.

It is a great method thanks to the quick and easy nature of everything surrounding it. You just need to get to that point and not trigger the next checkpoint by either killing too the larger Knights or entering the doorway. If you mess something up you can just exit the mission and start from the beginning. It isn’t too far in so it will not take too long. You can also modify the difficulty of the mission to make it easier, which is highly recommended.

Try it out and let us know in the comments how this works for you.