Dirt 5 – How To Unlock Throwdowns 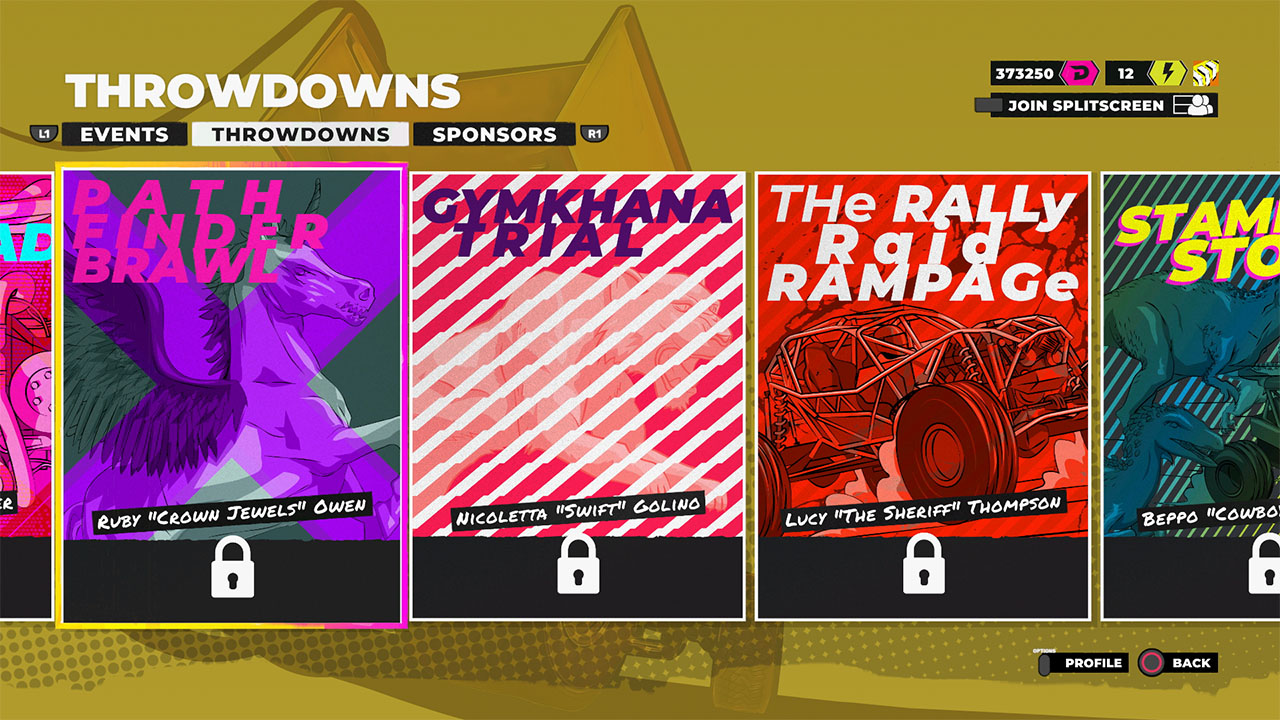 Dirt 5 has a number of different modes found within it, with Career containing the meat of the game overall. Throughout Career mode, you will typically be going up against a group of 11 other racers at a time, with the goal being to come in first. There are other some other tracks that you run through solo, where the goal there is for you to beat a certain time. On top of those, there are also some 1v1 races available within Career that are known as Throwdowns, but they are not readily available from the start.

How To Unlock Throwdowns

Throwdown races pit you against one other single opponent such as Daniel “Lionheart” Lyon or Ruby “Crown Jewels” Owen, with you task being to beat them in the race. When you start up Career mode, you’ll notice the top bar has three different tabs. The first of these is Events that is the default, with Throwdowns being one over from it. However, if you go to Throwdowns at this point, there won’t be any of them available for you to play.

So now what you have to do instead is go back to the Events tab and start participating in the different events. You won’t unlock Throwdowns immediately, so just keep playing more of the Events. Just about after you make it through the first area and complete your first Main Event, not long after you’ll have AJ come on and tell you about Throwdowns for the first time.

This means you have now unlocked the first Throwdown, which you can access from the aforementioned tab. Just earning more Stamps or whatever from races is not going to unlock additional Throwdowns, as you have to complete certain actions to unlock these special events.

Winning Throwdowns doesn’t reward you with the usual Stamps either, but rather a unique reward. These will give you a good challenge as you face off one-on-one, so just be ready and you can win.